Season record sits at 6-4 with road games all week 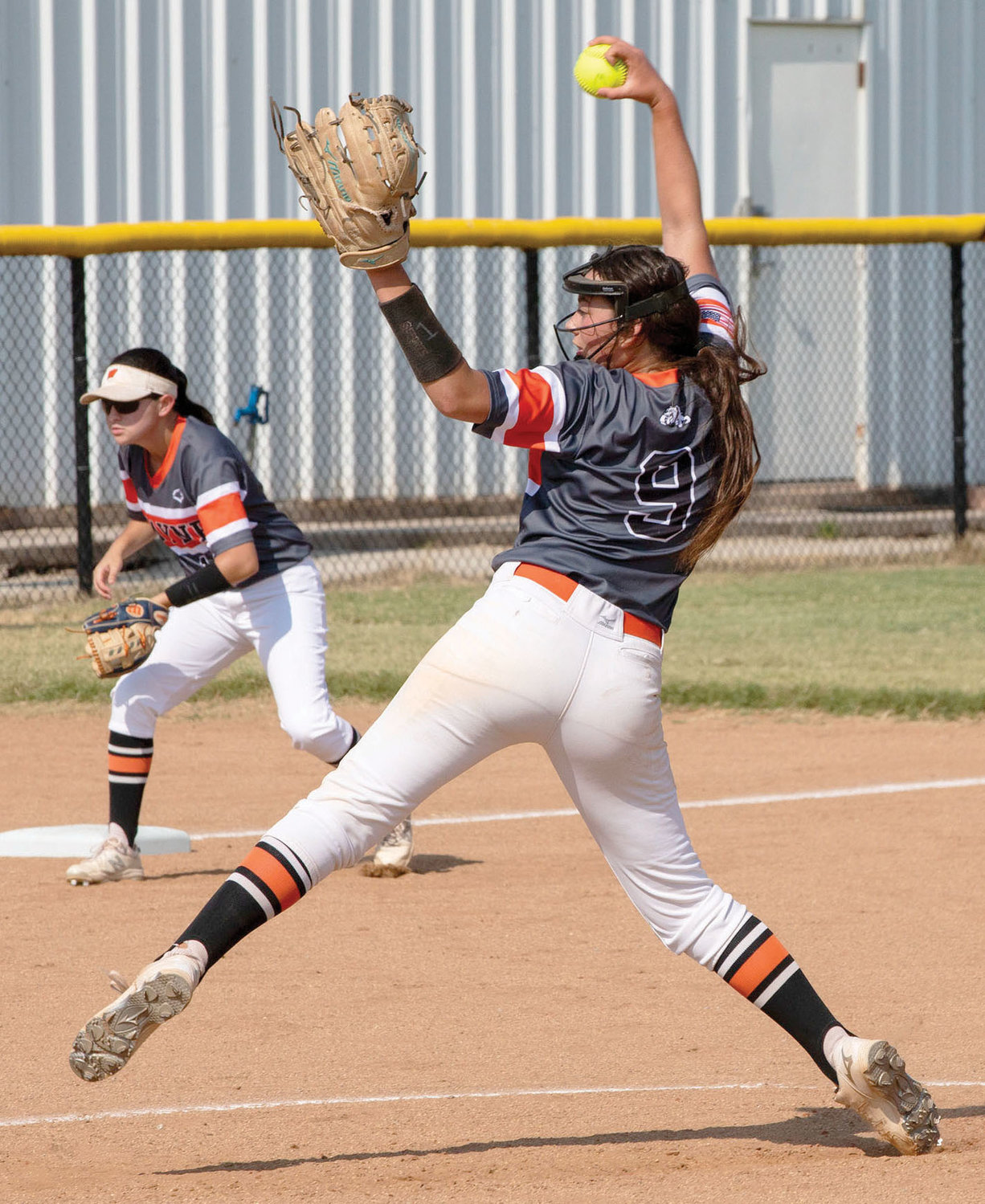 Wayne sophomore Faith Brazell sends a ball to the catcher’s mitt. Brazell and the Bulldogs will be in Asher starting today (Thursday) for a tournament.
Greg Gaston - double g images 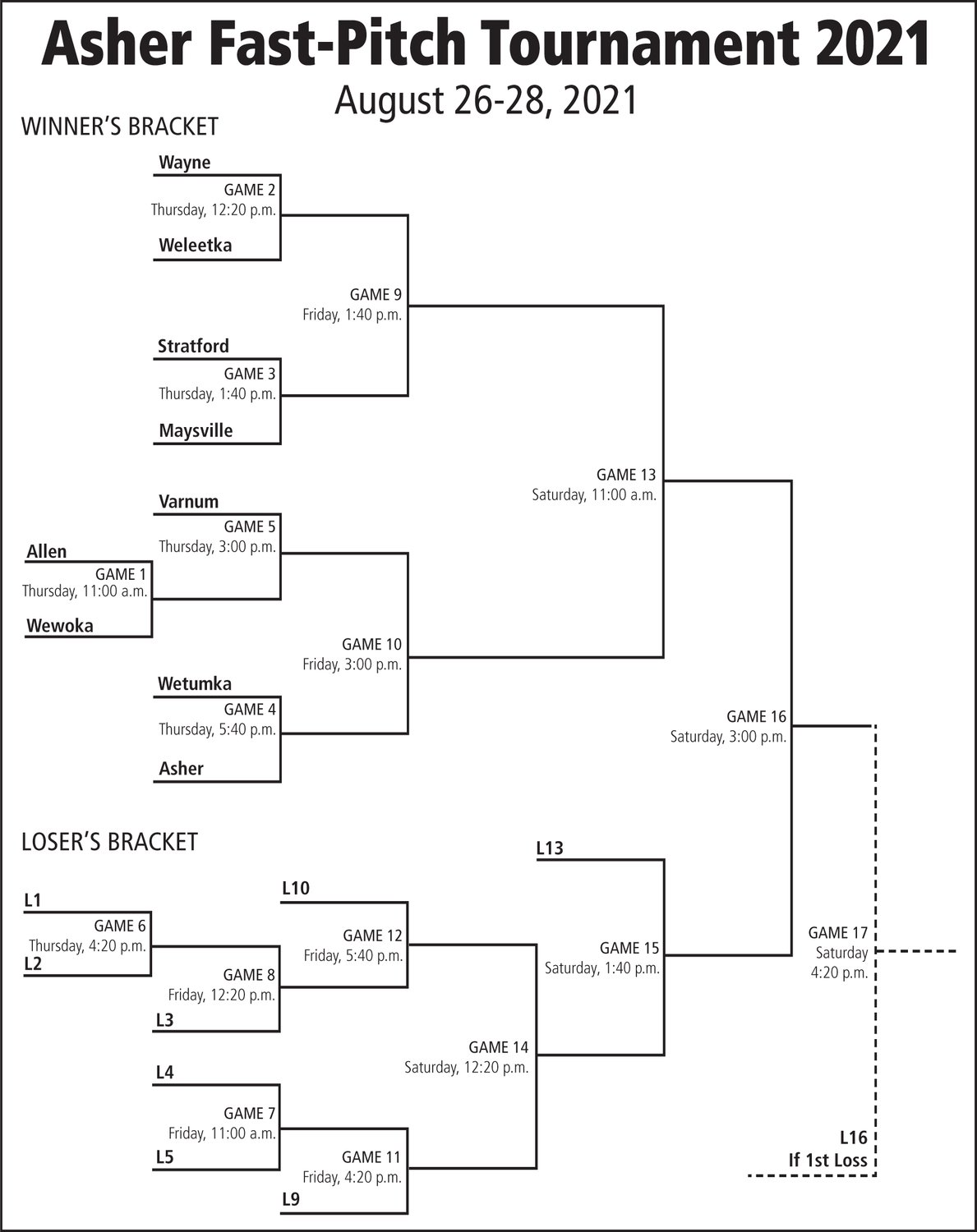 The Wayne Lady Bulldogs added two more wins last week with a 13-5 victory over Bray-Doyle on Monday and 4-2, extra innings win over Konawa.

They dropped a 8-3 decision with Alex earlier this week.

Their scheduled games with Ninnekah and Maud were canceled.

In Monday’s loss to Alex, the Lady Longhorns put four runs on the board in the second inning and held Wayne scoreless through three.

The Lady Bulldogs scored three runs in the top of the fourth to come within one.

But, Alex widened the gap with two runs each in the bottom of the fifth and sixth innings.

Sophomore Haylee Durrence led the team at the plate with three RBIs and two hits in four at-bats.

Last Friday, Wayne was in Konawa where they bested the Lady Tigers 4-2.

“It was a long game. They hit the ball well in the gaps, but we had good defense,” head coach Charles Durrence said.

The Lady Bulldogs had just five hits in the win and Faith Brazell was the leader at the plate. She went 2-3 with three ribbies.

“We didn’t have many hits and had to manufacture some runs,” Durrence said.

“But I was proud of our defense to keep us in the game.”

Brazell was in the circle and had ten strikeouts and gave up one walk.

Last Monday, Wayne racked up 19 hits in their 13-5 win over Bray-Doyle.

“It took us a while to get going, but as a team we hit the ball well,” Durrence said.

Parker pitched for Wayne. She gave up five runs on eight hits and fanned nine batters.

Wayne was scheduled play Central on Tuesday and be in Asher for a tournament starting Thursday.

Their first game is against Waleetka at 12:30 p.m. today (Thursday).