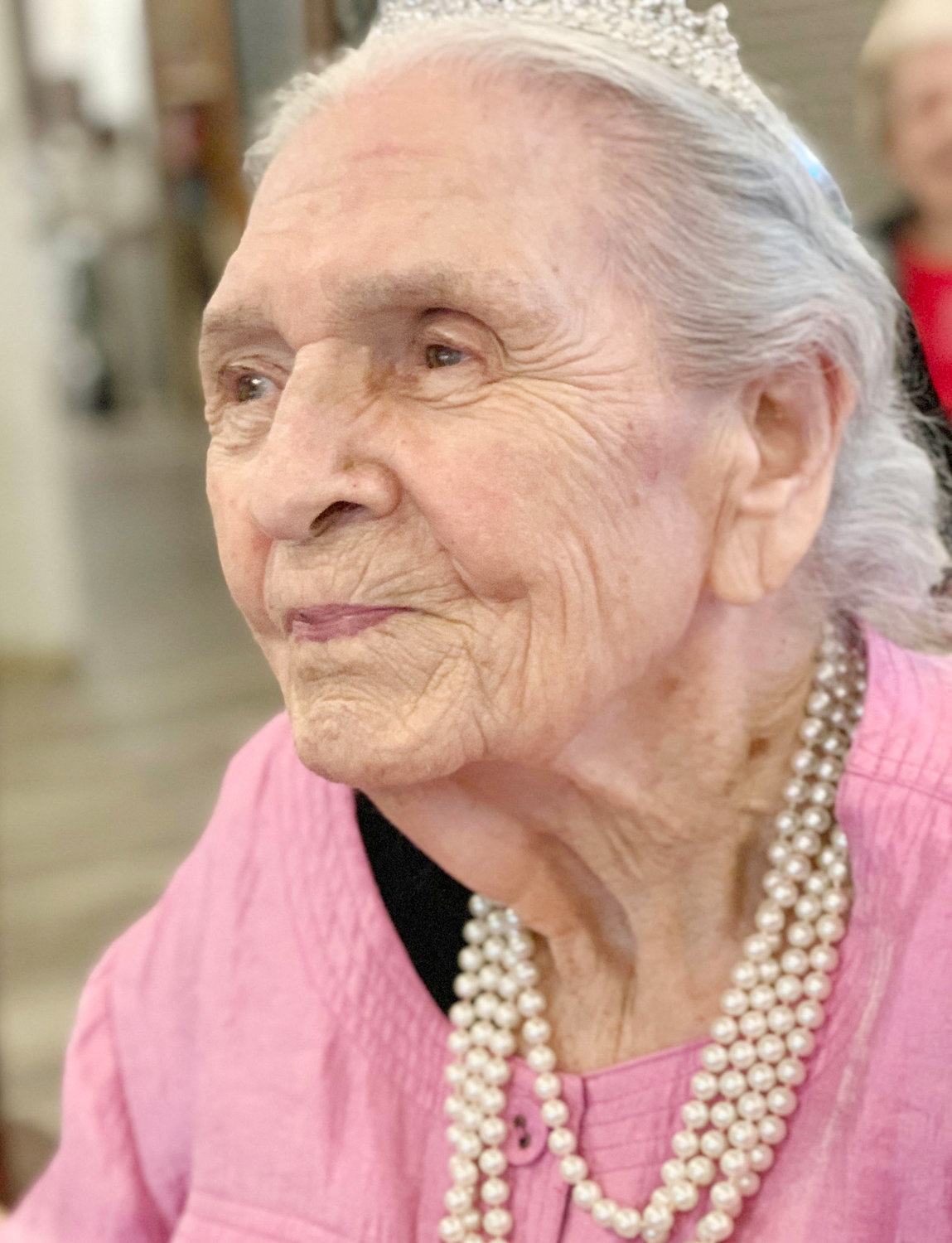 Juanita was born September 25, 1917 in Noble, Okla., a twin and one of six children born to Tom and Lula (Wilkerson) Cable. She spent her early years in Noble and later moved to the Goldsby/Washington area.

Juanita fondly remembered her days playing basketball for the Lady Warriors with her twin sister, Loretta, and was proud to graduate with the Warrior Class of 1935. She married young, to Hubert “Short” Crawford. Juanita worked tirelessly as a homemaker, caring and providing for Short and their son, James.

She was a woman of great faith and a longtime and faithful member of the Church of Christ. She enjoyed music of any kind, but especially the old gospel hymns. She had a huge heart for people, never met a stranger and looked for ways to help others.

She later married Orville Lee Griggs, and they made their home in Meeker. Her last years were spent at Sunset Estates in Purcell, and she was very proud to be a member of the Centenarian Club. She will be dearly missed!