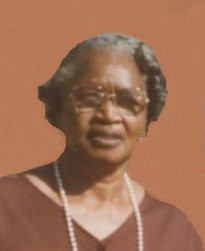 Joyce A Scott, age 97, departed this life on Sunday, November 28, 2021 at home in Purcell, Oklahoma. Funeral Services were held Saturday, December 4, 2021 at Wadley’s Funeral Chapel. Interment followed at Hillside Cemetery. Online condolences may be made and services viewed at www.wadleysfuneralservice.com.

Joyce was born in Ada, Oklahoma, to Alford and Mary Franklin on May 15, 1924. She was the seventh of 14 children. Her parents and siblings have all preceded her in death. Her last sibling passed in 1992, twenty nine years ago.

Every Memorial Day, including the past one, she has gone to the Ada Cemetery to attend to their graves as well to numerous other relatives. This will be continued by her children.

Joyce was united in marriage to Ledrue (Bud) Scott from Purcell, Oklahoma on September 28, 1942. They were married for 59 years before his death on December 7, 2001. This marriage union produced seven children and they also raised a grandson (David). Joyce was a homemaker, a good cook and took excellent care of her family. She was also very pleased that none of her children had ever given her any major problems.

After her children were grown, she did work for several years and was able to draw her social security. Joyce  enjoyed going to the Senior Citizen Recreation Center every day, where she had been going for over 25 years.  She loved playing dominoes and the bingo games. Joyce  was always bringing items home that she had won from these activities.

She was a member of the St. Peters AME Methodist Episcopal Church for over 65 years where she served as treasurer and other capacities as needed. Her faithfulness and dedication was evident in her service up and to when the Church was destroyed by fire in 2014.

She leaves to cherish her memory; two daughters, Joan (Ester) Thompson of  Oklahoma City, Okla., and Izora Jones of Spencer, Okla.; one son, Ledrue Scott of  Purcell, Okla.;  eight grandchildren, Angela Hunter and Cynthia Hooks, both from Azusa, Calif., David Scott of Purcell, Okla., Brian, Bradley and Steven Scott, all of  Norman, Okla., Kendra Scott of Goldsby Okla., and Eric Thompson of Oklahoma City, Okla.; one (1) daughter-in-law, Jenifer Scott of Goldsby, Okla.; 15 great-grandchildren; one great-great-grandchild, along with a host of nieces, nephews, and other relatives and friends.

Joyce  was independent and lived by herself until the age of 96. In September 2020, she fell and broke her hip and had a hip replacement. After that,  a family member was always with her day and night. Although she could not get around without assistance, she was always in good spirits with a sharp mind and excellent memory up to two weeks prior to her departure. She was still watching the same old cowboy picture and the Andy Griffith (Mayberry) show each and every day and could tell you exactly what was going to happen while you watched it with her. She was truly loved and she knew it and will certainly be missed