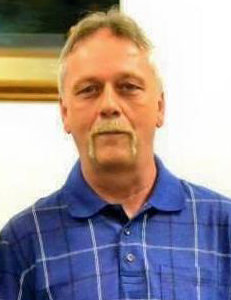 Jerry was born September 17, 1961, in Pauls Valley, Oklahoma, to Clarence and Wanda (Miller) Wright. He was raised and attended school in Maysville, Oklahoma, graduating around 1979.

On September 10, 1994, Jerry and Karen Leach were married in Chickasha, Oklahoma. He worked as a Sales Associate for Walmart Super Center in Purcell for many years. Jerry enjoyed fishing, camping, and gambling.  He loved spending time with his family, especially his grandchildren.

Jerry was preceded in death by his parents, Clarence and Wanda Wright; and a son, Jerry Don Wright.