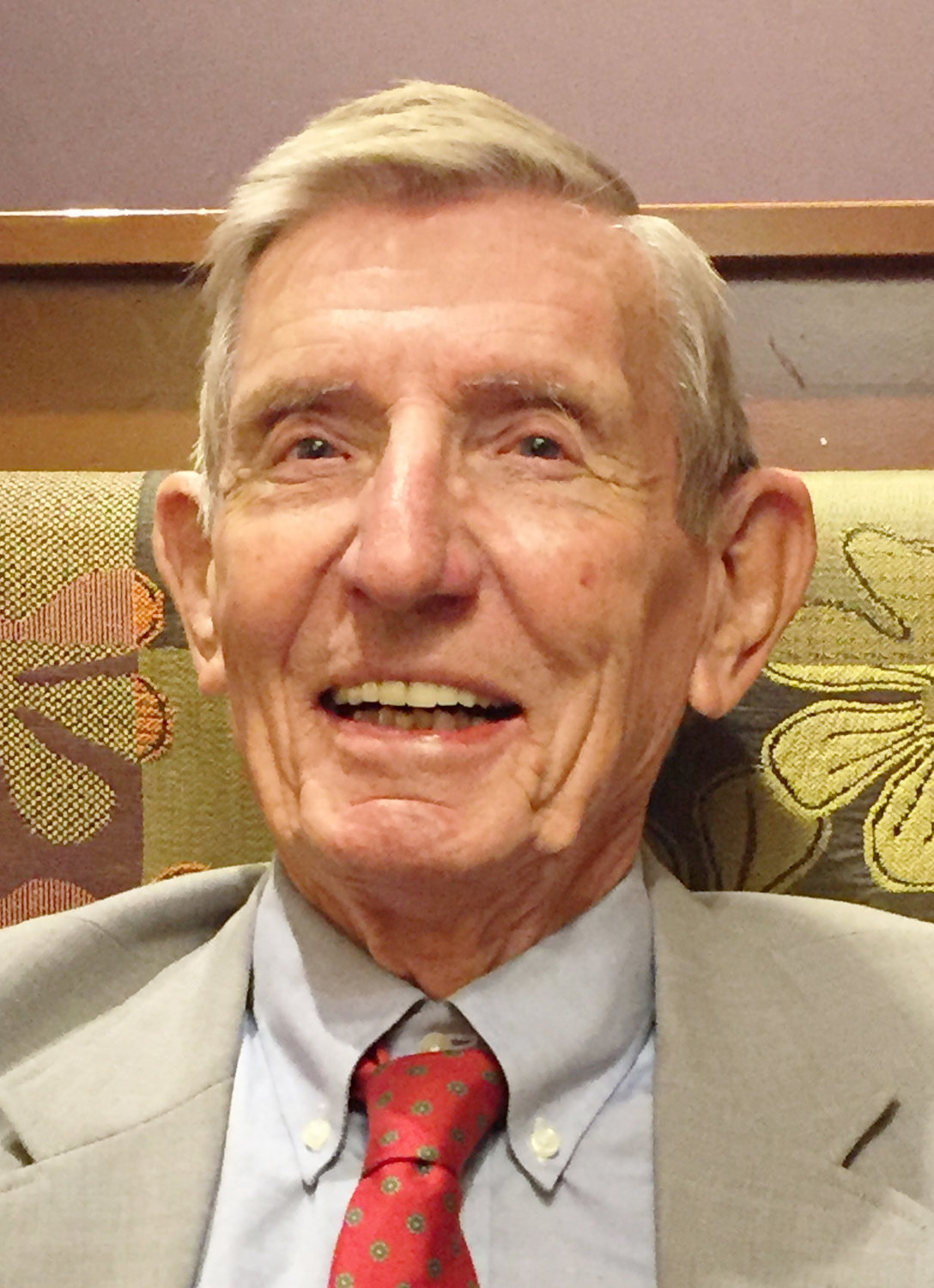 Jerry was born on May 16, 1934 in Purcell to Cecil and Euna Mullins (Mayo). The family made their home in the Washington area where Jerry and his brothers learned the meaning of hard work, helping with the family farming endeavors in the broom corn and cotton fields.

Jerry enlisted in the U.S. Navy in 1951 and proudly served his country during the Korean War aboard the USS Cunningham, a destroyer deployed to the Pacific. Once he had served his time in the military, Jerry came back to Oklahoma and began his higher education.

He attended the University of Oklahoma and graduated with a degree in mechanical engineering in 1959. Jerry then went on to complete his Law degree at Oklahoma City University, graduating with his Juris Doctorate in 1962.

Perhaps the most valuable thing Jerry got at OU was the love of a good woman. He met his beloved wife of 55 years, Rebecca, on campus and they fell in love. Affairs of the heart made engineering look easy. Jerry had to work hard to win Rebecca over. He was too chicken to propose so he introduced her as his fiancée, and luckily, she went along with it. They were married and blessed with two children, Michael and Margie.

For a time, Jerry served as a Councilman for Ward 1 in Del City in the late 60s and early 70s. He proposed that ice cream trucks be banned, much to the dismay of his children. Despite his own son’s efforts to democratically thwart the proposition, it passed.

Jerry put his engineering training to good use as he began working at Tinker Air Force Base. He eventually rose to the position of Center Administrator for MASDC or Military Aircraft Storage and Disposition Center. The facility underwent some changes and became the AMARC or Aerospace Maintenance and Regeneration Center at Davis Monthan Air Force Base in Tucson, Ariz.

Jerry was preceded in death by his parents, Cecil and Euna Mullins; his wife, Rebecca Mullins and his brothers, J.E. Mullins, Corky Mullins and Jimmy Mullins.

He is survived by his children, Dr. Michael Mullins and wife, Elizabeth Miller, of St. Louis, Mo., and Margie Young and husband, William, of Satellite Beach, Fla.; grandsons, Jared and Sean Mullins of St. Louis, Mo.; nieces, nephews and cousins, and three little roadrunners that will live on in stories for generations to come.