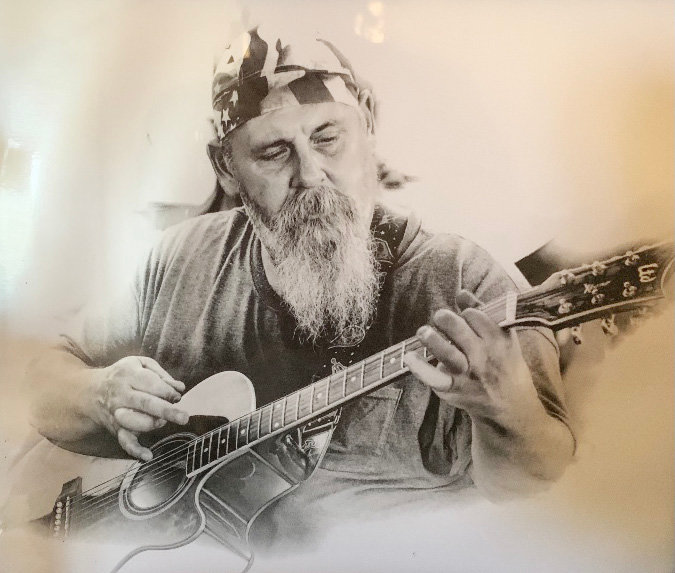 Jeffrey Clark Spears, age 57, passed away on November 1, 2021 in Gladewater, Texas. A celebration of life will be held in Purcell at a later date.

Jeff was born on October 21, 1964, the first child and first grandchild for both families, to James Carl Spears Jr. and Sharon Kay Bratcher-Spears. Jeff was raised in Purcell and attended Purcell schools.

As he was growing up, he helped his dad in his drywall business. After he turned 18, he and his friends, Frank and Larry, went to California two different times looking for work. Then he decided to go to Massachusetts to look for work and there’s where he found Julie Downey. And their lives became one forevermore.

They came back to Oklahoma then moved on to East Texas where work was more plentiful for drywall contractors.

Jeff is survived by his wife, Julie of the home, and the four kids shared between them, Michael Megna and wife, Kelly, of Gladewater, Texas, Nicole Haddock and husband, Rickey, of Hallsville, Texas, Jeffrey Spears of Hallsville, Texas, and Tyler Spears and fiance, Vanessa, of Hallsville, Texas, and grandkids, Abeline, Haley, Leo, lsaac, Paul, Lincoln, and Maddox; his mom, Sharon Bradley and husband, Chris, of Purcell, and brothers, Eric Spears and wife, Susan, Eric Bradley and Coty Bradley, all of Purcell, and J.C. Spears III of San Antonio, Texas; sisters, Tisha Kennedy and husband, Gregg, of McAlister, Michelle Bradley of Lexington, Okla., and Zoey Bradley of Purcell and a multitude of nieces, nephews and cousins who will miss him desperately.

Jeff took pride in his work, always doing a good job so the next crew coming in after him wouldn’t have to cover mistakes. He loved creating songs and playing the guitar with his sons and brothers and friends. To know Jeff was to love Jeff.