Southbound lanes at SH 39 still down to one lane 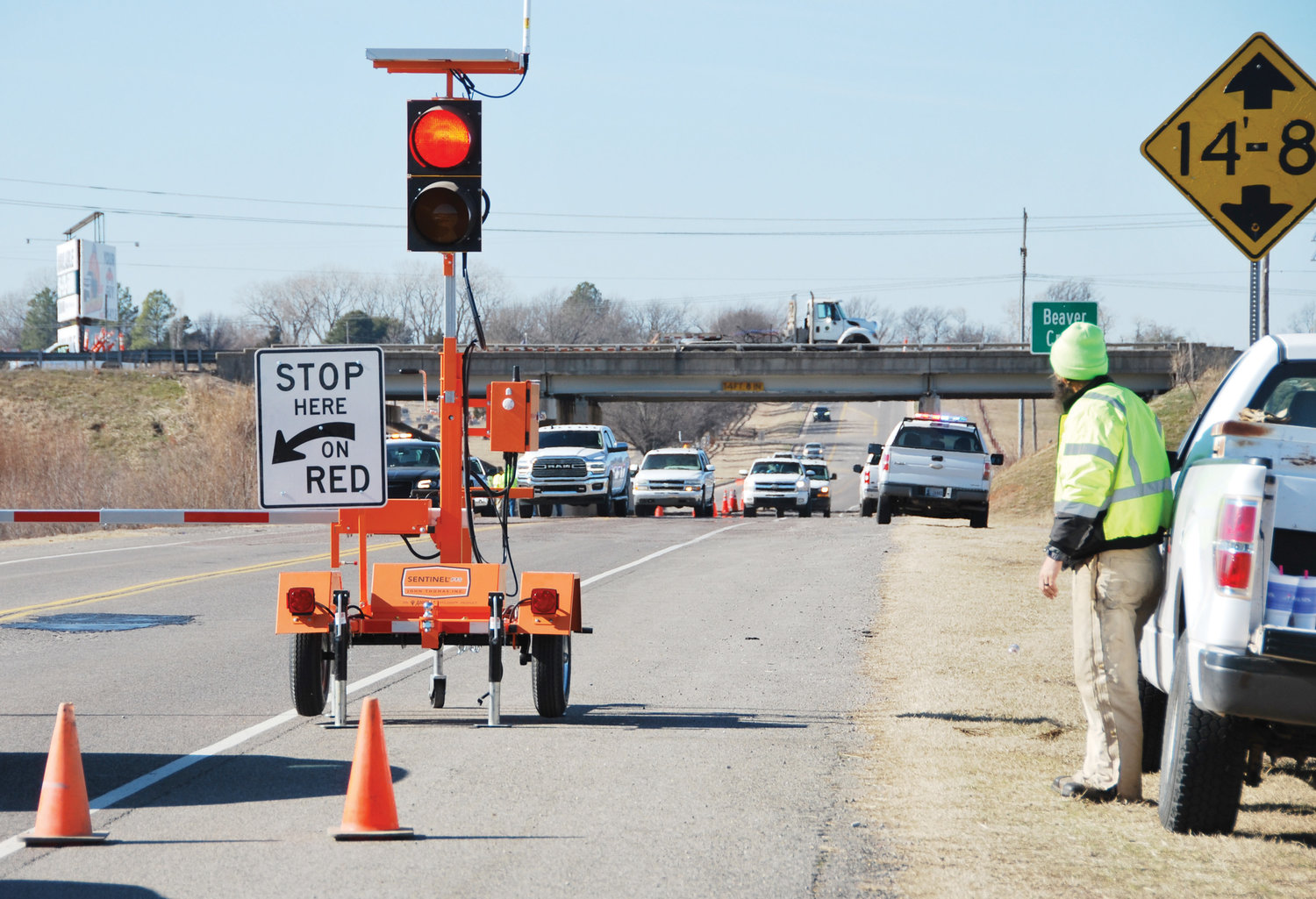 Flame On Inc., a contractor who specializes in bridge beam repair, continues its work to correct damages sustained by the I-35 bridge over SH 39 last Thursday. ODOT crews responded immediately and declared an emergency. SH 39 and the southbound lanes of I-35 are both narrowed to one lane and will remain that way until the bridge is completely repaired.
John D. Montgomery
Posted Thursday, February 2, 2023 2:10 pm
John D. Montgomery

Oklahoma Department of Transportation (ODOT) officials have confirmed to The Purcell Register that I-35 was originally constricted to one lane southbound over SH 39 but reopened on Thursday.

Northbound lanes and the on ramp at mile marker 91 were reopened Monday afternoon.

The bridge was damaged around 4 p.m. Thursday, January 12, when a large earth mover vehicle struck all 10 beams that support the interstate bridge.

SH 39 is also down to one lane with stop lights on both the east side and west side of the bridge.

ODOT Spokeswoman Lisa Silam said the road will remain down to one lane each  way until the bridge is completely repaired.

“We are declaring an emergency and began repairs to the bridge Saturday morning,” Silam said.

“As the vehicle was traveling underneath the bridge the preliminary information is the driver may have hit a wrong button and part of the equipment raised up and hit all 10 beams,” she continued.

Purcell Police, who are investigating the accident, have identified the driver as Brandon Neil Siegfried. Police report the vehicle belonged to Shoevaldoc Construction in Oklahoma City.

Silam said ODOT expects the bridge to be fully repaired by a Seattle, WA., company Flame On Inc.

ODOT anticipates the repairs to take at least a week, weather permitting.

The northbound on ramp at mile marker 91 was closed from Thursday until Monday.

“This is very unfortunate,” Silam said. “But it’s good that no one was injured. We will be working as quickly as possible through the contractor to open all of those lanes.”

This story has been edited to update the ongoing progress of the project.