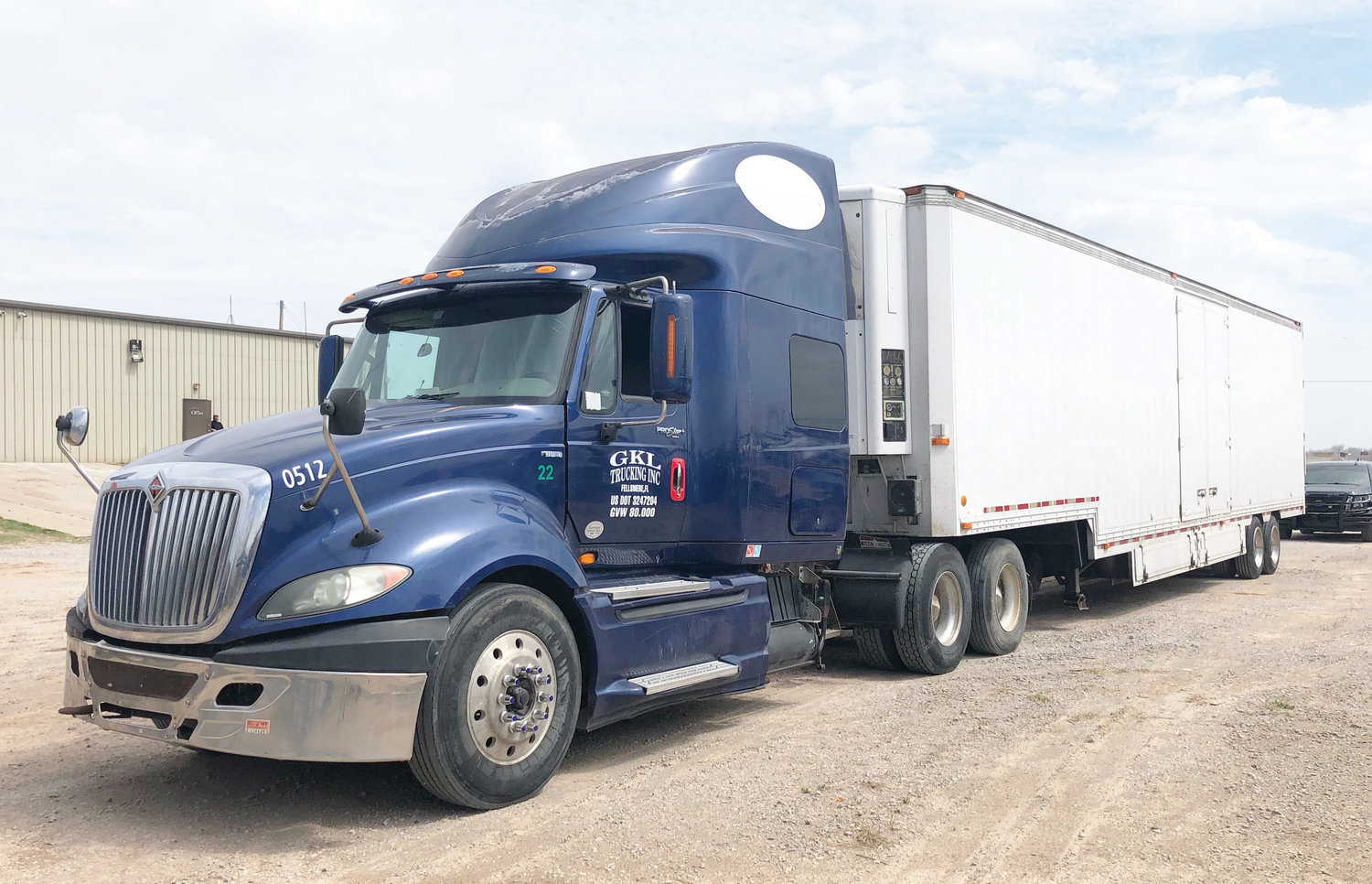 The McClain County Sheriff’s Office and four other law enforcement agencies worked Monday night and Tuesday searching for humans who came out of this 18-wheeler around 9:20 p.m. Monday in Wayne.
John D. Montgomery
Posted Tuesday, March 29, 2022 2:42 pm
The Purcell Register

Sheriff deputies were called to 28030 SH 59 in the Wayne area just before 9:30 p.m. Monday, March 28 to investigate a semi-trailer truck that was parked with its lights off.

Deputies were told 40-50 persons were seen exiting the semi, all running in different directions.

In addition to deputies, the Oklahoma Highway Patrol and Chickasaw Nation Lighthorse Police were involved in the investigation.

Deputies provided medical aid to the females and transported them to a safe location.

No other persons were located at the time of the call.

The driver of the semi-trailer was reported to have left the scene prior to law enforcement arrival.

With assistance from the Oklahoma City Police Department’s Air Unit, a grid search was conducted to attempt to locate any other involved parties.

As of 11:30 a.m. Tuesday, March 29, the McClain County Sheriff’s Office was assisting seven foreign nationals with aid and resources as a result of being smuggled and left in the Wayne area.

Offolter said it is believed this is the result of a smuggling operation coming from Mexico.

The Oklahoma Bureau of Narcotics is assisting with the investigation and identifying resources to the affected foreign nationals.

The McClain County Sheriff’s Office does not believe there is any danger to the citizens or public at this time based on the ongoing investigation.

“We believe there are still persons outstanding in the area based on initial reports and would request members of the public to contact Purcell Communications Center if they see anyone in the area,” sheriff officials said.