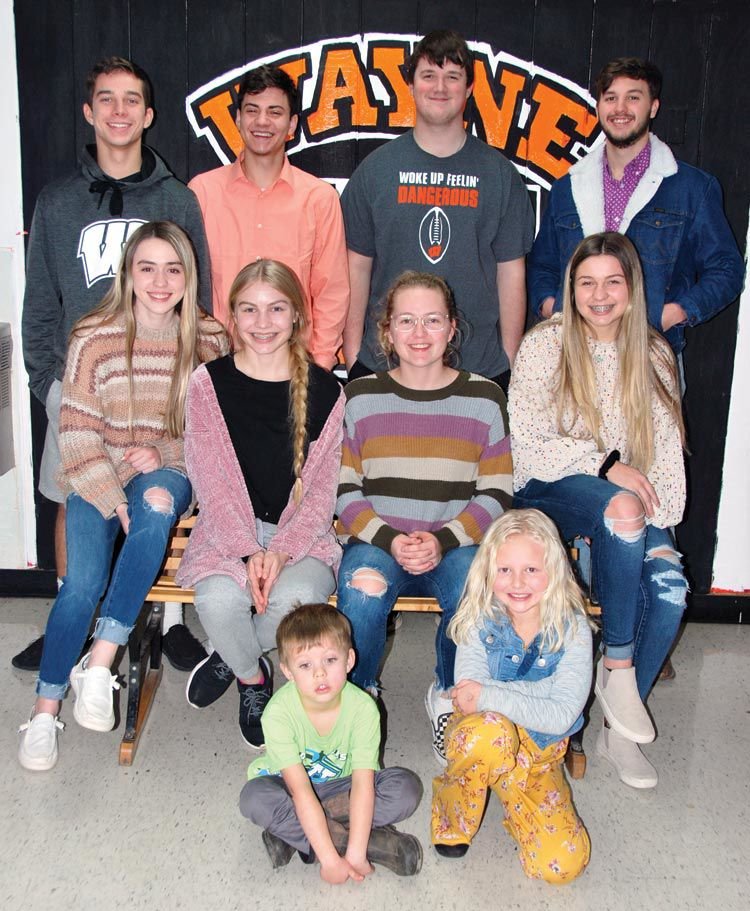 Just before the Wayne Bulldogs try to take a winning bite out of the Maud Tigers on Friday evening, the school will announce its basketball homecoming queen and king.

The coronation will be at 6:30 p.m., followed by the boys game. The girls game will conclude the homecoming

Fisher is a member of the Oklahoma Honor Society and is on the principal’s honor roll. She plays basketball and is the editor of the yearbook. She is the daughter of Harvey and Laura Fisher.

Lee is senior class president and is on the superintendent’s and principal’s honor rolls. She is a member of Fellowship of Christian Athletes, Book Club, Art Club and Student Council. She is a cheerleader and plays basketball and softball. She is the daughter of Michael and Gracie Lee.

Parker is on the principal’s honor roll and is a member of Book Club and FFA. She plays both fast- and slow-pitch softball and basketball. She is the daughter of Shawna and Doug Parker.

Walck is a member of Book Club and Student Council. She plays basketball and fast- and slow-pitch softball. She has been on the superintendent’s honor roll. In 2018-19, she was defensive player of the year in basketball and had the highest batting average in slow-pitch softball. She was an all-conference player in fast-pitch in 2019. She is the daughter of Brent and Sandra Walck.

Box plays basketball, football and baseball. He was most improved lineman in 2018 and All-District lineman in 2019-20. He is the son of Amanda Box.

Salsman plays basketball and baseball. He is a lifetime Wayne resident. He is the son of Jim and Becky Salsman.

Spencer is president of the National Honor Society and is valedictorian. He plays basketball and football, where he was honored as All-District Safety. He is Mr. WHS. He is the son of Jim and Racquel Spencer.

Welch plays basketball and baseball and participates in track. He is a member of Book Club. He is the son of Ashli and Terry Stamper.

Crown bearer is Bentlee Wright. He is 6 and is in kindergarten. He likes learning about animals and numbers. He is the son of Travis and Bonnie Wright.

Atley Brakefield, 6, is the flower girl. She loves shopping, wearing fancy dresses and getting her nails and makeup done. She also enjoys riding her four-wheeler. She is in kindergarten and is the daughter of Ben and Krissi Brakefield.