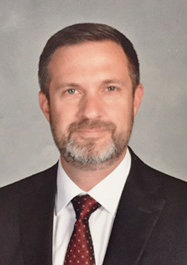 When tornado sirens started blaring in Purcell about 6:07 p.m. the City of Purcell’s May Council meeting had just begun in the community room of the Purcell Police Service Building.

The council and staff huddled in the holding cell at the police facility until it was safe to return to business at 6:44 p.m.

The city council approved payment for the traffic signal at Grant Street and Green Avenue to the tune of $47,109 to Signal Tek.

The traffic lights were knocked out by a driver early last month in a hit and run accident.

A grant from the American Rescue Plan Act will eventually cover the costs with the exception of a $2,500 deductible.

The board approved the rezoning of property south of the Westbrook addition to a planned unit development.

The approval came after the plan was amended to not include apartments. It will be developed to divide into individual housing units.

To handle the increased traffic flow Westbrook Blvd. will be widened.

The contract for the Penn Avenue Bridge water line relocation was awarded to Wee Construction at a cost of $67,349.

Orr Construction won the contract for the Canadian Avenue lift station. Their bid was $802,790.

The council gave its stamp of approval for water system improvements to serve The Oaks and Everlee Heights Estates. Both are located south of SH 39 between Bryant and Eastern.