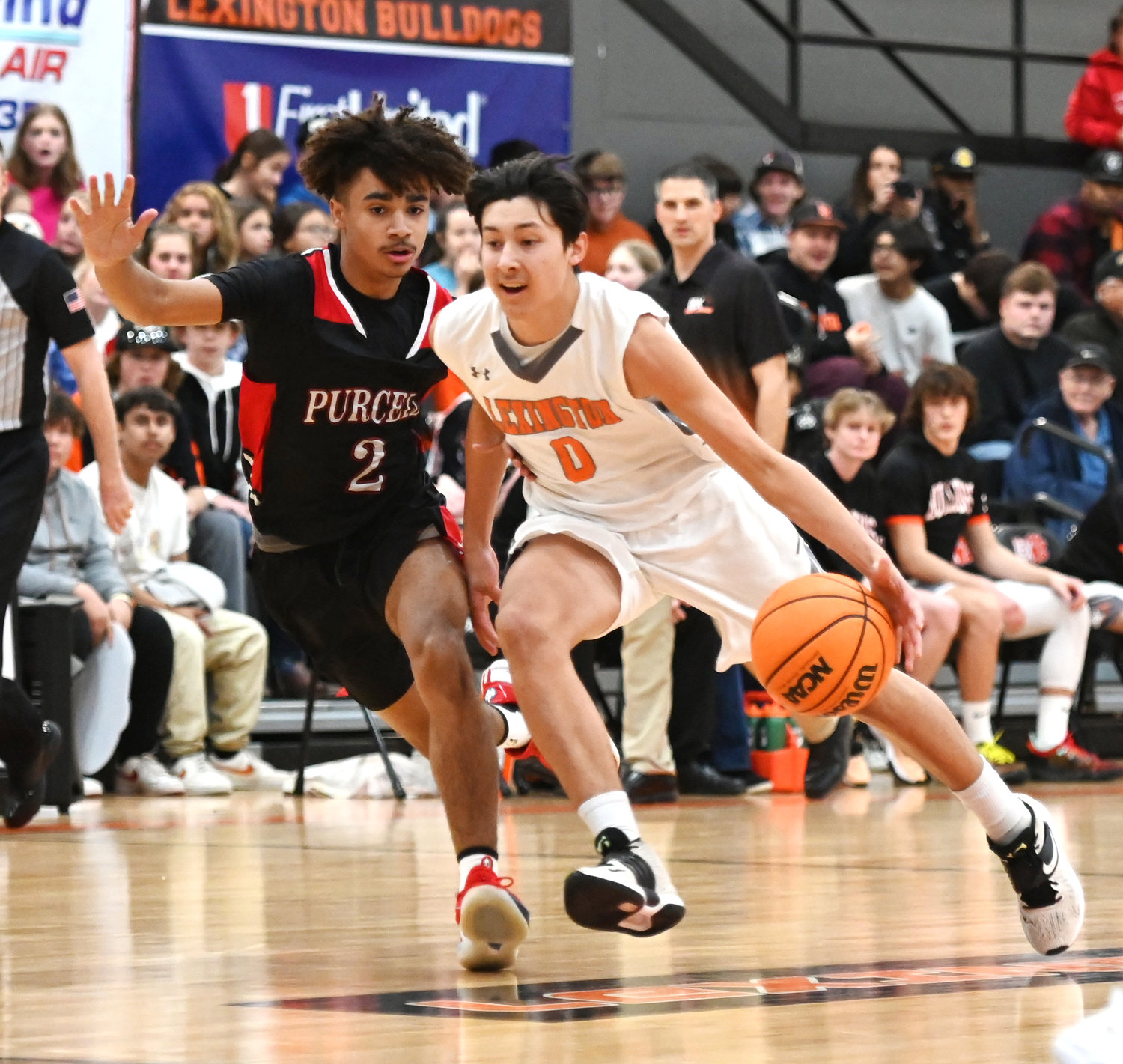 Zeke Faulkenberry finds a lane to the basket while being tightly guarded by Purcell’s Kobe Freeman Friday night. Faulkenberry finished the game with 11 points in the 54-29 loss.
John Denny Montgomery 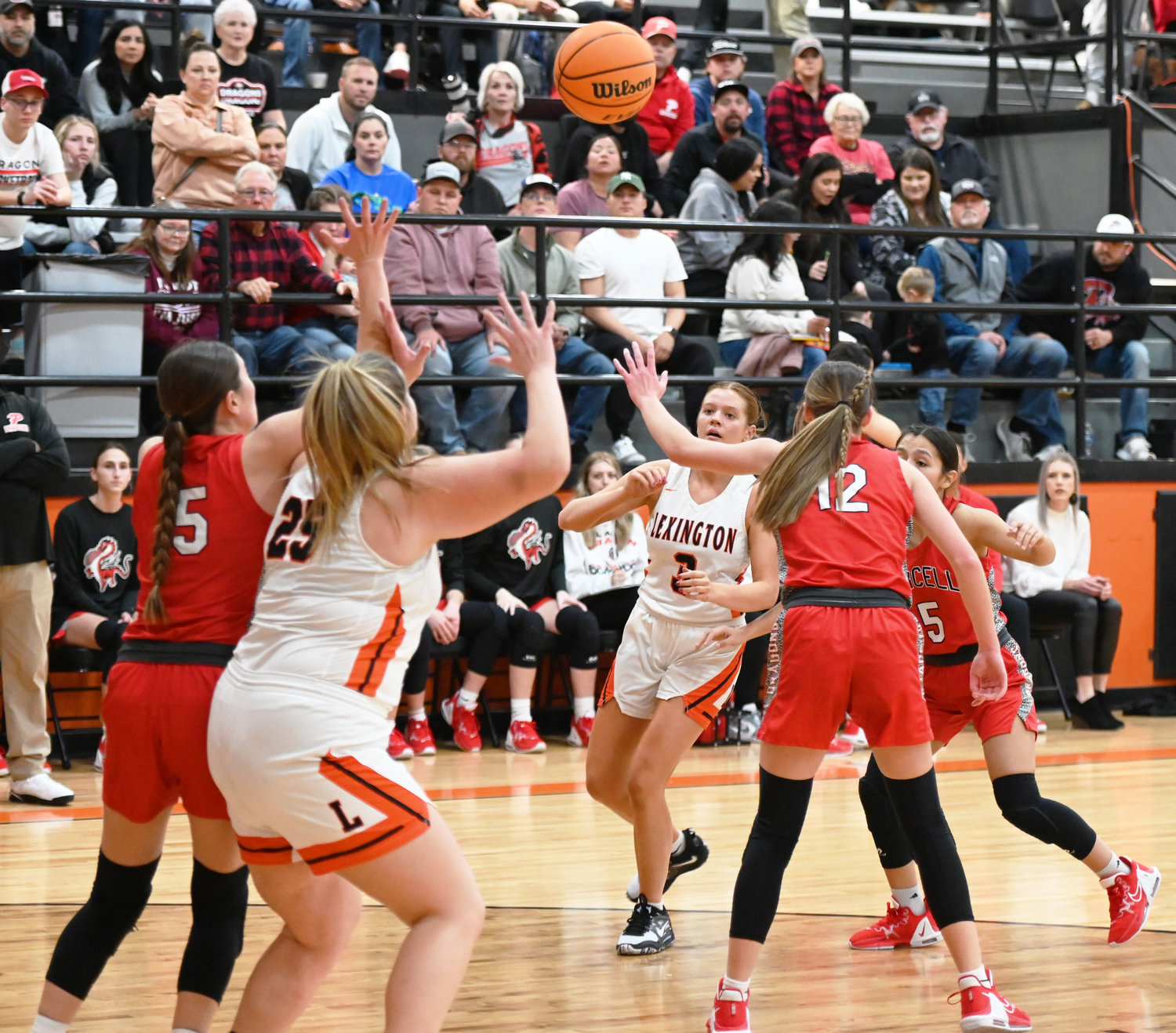 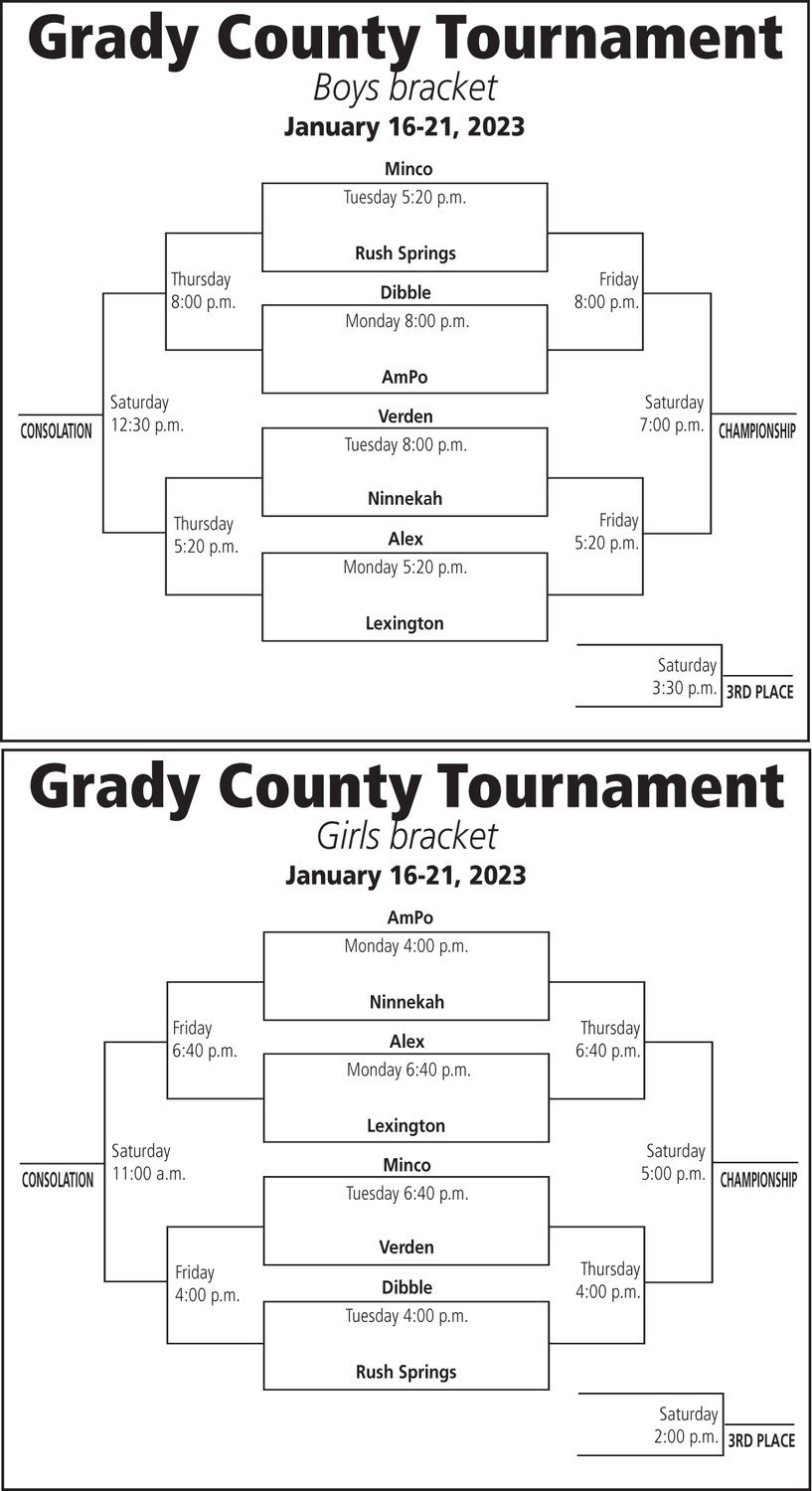 Monday night Lexington was in Verden for their first games of the Grady County Tournament. Both teams played Alex and both teams got wins.

Lex jumped out in front from the first quarter, outscoring Alex 15-5. Landri Bean had two treys in the first.

“We didn’t shoot that well against Alex, but we came out with energy.

“Landri Bean was hot and Maddie had a double-double, 14 points and 16 rebounds. Her play pushed us ahead in the third and fourth quarters,” head coach Jacobi Couch said.

The Lady Indians heated up in the second and closed the gap, as Lexington held a 25-21 lead at the break.

Lexington pulled away for good in the second half, outscoring the Lady Indians in both the third and fourth quarters.

Three Lady ‘Dawgs were in double figures in the win. Abby Sample led the team with 17 points while Bean added 16. Maddie Manuel had 14.

Lexington (8-6) will play their next game of the tournament tonight (Thursday) at 6:40 p.m against AmPo.

“That will be a tough game. They are a scrappy, relentless, hard-nosed defensive team. As long as we handle the basketball and keep our composure, we will be in it.”

Last Friday, Lexington hosted Purcell in the Battle for the Bridge and that doubled as their homecoming game.

Despite a tight first half between the Dragons and Lady ‘Dawgs, Purcell pulled out the 61-40 win.

The Dragons came out red hot, scoring 18 points in the first quarter to Lexington’s nine.

But, free throws were the story in the second quarter. Addi Lippel was 7-9 at the charity stripe, helping Lexington to outscore Purcell 14-6. They were down 24-23 at halftime.

Turnovers were costly for the Lady ‘Dawgs  and in the second half they did not handle the Dragons’ press giving Purcell a chance to pull away.

In total, Lexington had 31 turnovers in the loss.

Purcell outscored Lexington 37-17 in the second half. And, the Lady ‘Dawgs attempted two free throws.

A tale of two halves.

Bean and Lippel were the top scorers for Lexington with 13 and 12 each.

Last Tuesday afternoon, Lexington was on the road at Bridge Creek where they pulled out the conference win, 58-42.

It was another tight contest, but the second and third quarters proved to be pivotal for Lexinton’s win. The Lady Bobcats were held to just eight points in each stanza.

“They are a tough team. They didn’t lay down and fought hard. My girls had to dig deep to pull away for the win,” Couch said.

Rylee Beason and Maddie Manuel each had 17 points. Bean added 11 and Natalie Dicksion had seven.

Monday night, Lexington got a lopsided 53-38 win over Alex in their first game of the Grady County Touanment.

Lexington jumped out in front, holding a nine point, 38-29 lead at the half.

Both teams’ defense tightened in the second half as scoring slowed. But, Lexington continued to pull away for the win.

“For the most part, we handled them well. We had 14 turovers in the game with most in teh first quarter, so we cleaned it up and got the win,” head coach Tyler Thetford said.

The Bulldogs will play Friday night at 5:20 p.m.

Last Friday, Lexington hosted a red-hot Purcell team. Currently ranked number 1 in Class 3A, the Dragons jumped ahead big in the first quarter. They held a 28-12 lead going into halftime.

The second half was more of the same, as Lexington struggled to get shots to fall.

“Overall, we didn’t play bad. I think we had some nerves. It’s not every day you have the number one team come in.”

Despite shooting just 20% in the game and being outrebounded 44-25, the coach was pleased that they played as well as they could.

Zeke Faulkenberry was the lone Bulldog in double figures in the loss. He had 11. Ezra Faulkenberry added seven.

Last Tuesday, Lexington was on the road at Bridge Creek where they fell to a scrappy team, 76-37.

Once again, scoring was hard to come by for the Bulldogs. Bridge Creek, however, poured it in, outscoring Lexington in all four quarters. Ty Mixon led the Bulldogs with 15 points in the loss.

“The boys are working hard and there are some things that we need to fix -- value the basketball and make every possession count -- but I think they are on the verge of taking that next step. It’s good timing to be making adjustments with playoffs approaching,” Thetford said.