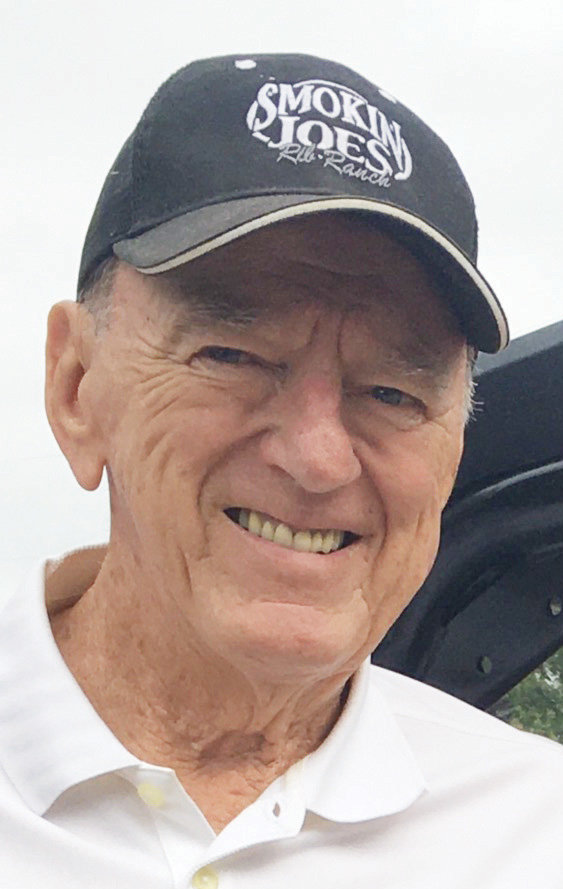 George spent his childhood growing up in Holdenville, playing sports. His athletic ability became apparent very early on. During his sixth grade year in 1950, he jumped higher than his actual height, setting the high jump record for the Little Olympics. That record still holds to this day.

He was the first Wolverine basketball player to dunk a basketball during a game in 1958.

He  was also an all-state basketball player that same year.

After high school, he attended The University of Oklahoma on a basketball scholarship where he was a member of the Sigma Chi Fraternity. During that time, he earned two letters in basketball and two in baseball.

At the end of his junior year at OU in 1961, he signed a contract with the Saint Louis Cardinals.

He went on to graduate from OU in 1965 and served his country as a member of the Army National Guard.

George retired from the Cardinals in 1971, and became a Farm Bureau insurance agent in Lindsay, Okla.

George was a huge supporter of his community in all aspects.

He retired from the Rotary Club with 42 years of perfect attendance, even in his travels to Brazil with Joyce, he managed to find a Rotary to attend.

He served as president of both the Lindsay and Purcell Rotary Clubs, and was honored to be a Paul Harris Fellow.

He was  President of the Purcell Chamber Of Commerce as well.

George was a man gifted with extraordinary talents and abilities, yet there is one thing that took precedence over all of the accolades, trophies and honors he received throughout his lifetime, that was the never ending love he felt for his Lord Jesus Christ and his family. He loved with a consistent ferocity that is a rare treasure. He will be GREATLY missed.