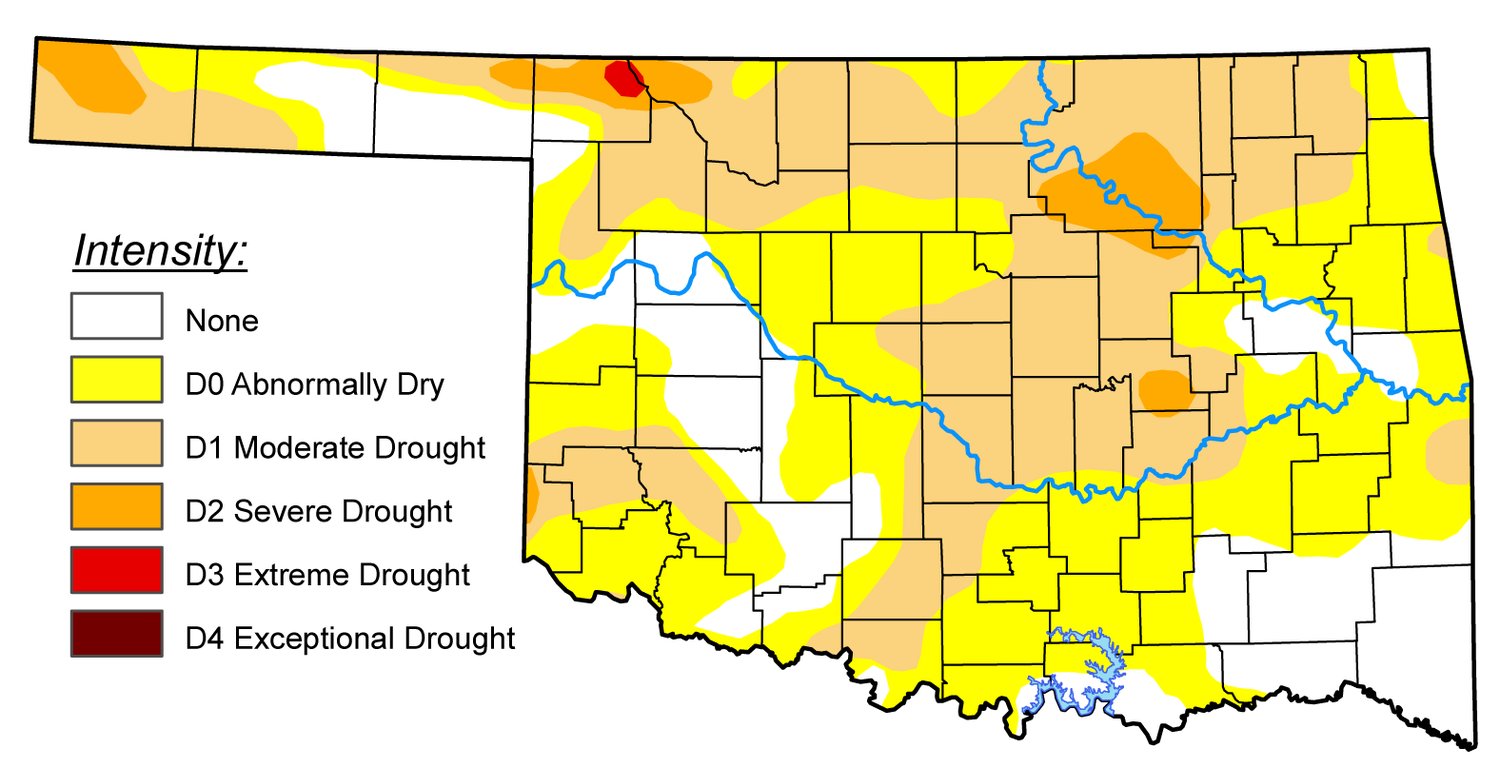 If the Oklahoma Mesonet forecast  holds, this week will bring welcome relief on two fronts – temperature and rainfall.

And that’s good news to anyone looking at the state’s drought monitor map of September 21.

That map put all of the county except for the extreme southeast firmly in the grip of a moderate drought.

McClain County’s Mesonet station at Washington has recorded 24.6 inches of rain from January 1 through Monday.

In fact, as of Monday, McClain County received just 83 percent of normal rainfall from 1981 through 2010.

That percentage showed the county five inches below normal during those years.

Granted, it’s been unusual weather-wise since a crippling ice storm downed trees and power lines in October 2020, leaving thousands in the dark.

February brought a second crippling winter storm that dumped heavy snow across much of the state.

One year ago, 17.2 percent of the state was experiencing moderate drought, according to the Oklahoma Climatological Survey.

As of September 21, that area covered 39.37 percent of Oklahoma.

As recently as June 22, that figure was reported at 5.75 percent.

Rain was forecast to move into the area earlier this week with 50 percent chances Tuesday and Wednesday.

The likelihood today and tonight (Thursday) and Friday rises to 70 percent, dropping to 60 percent Saturday.