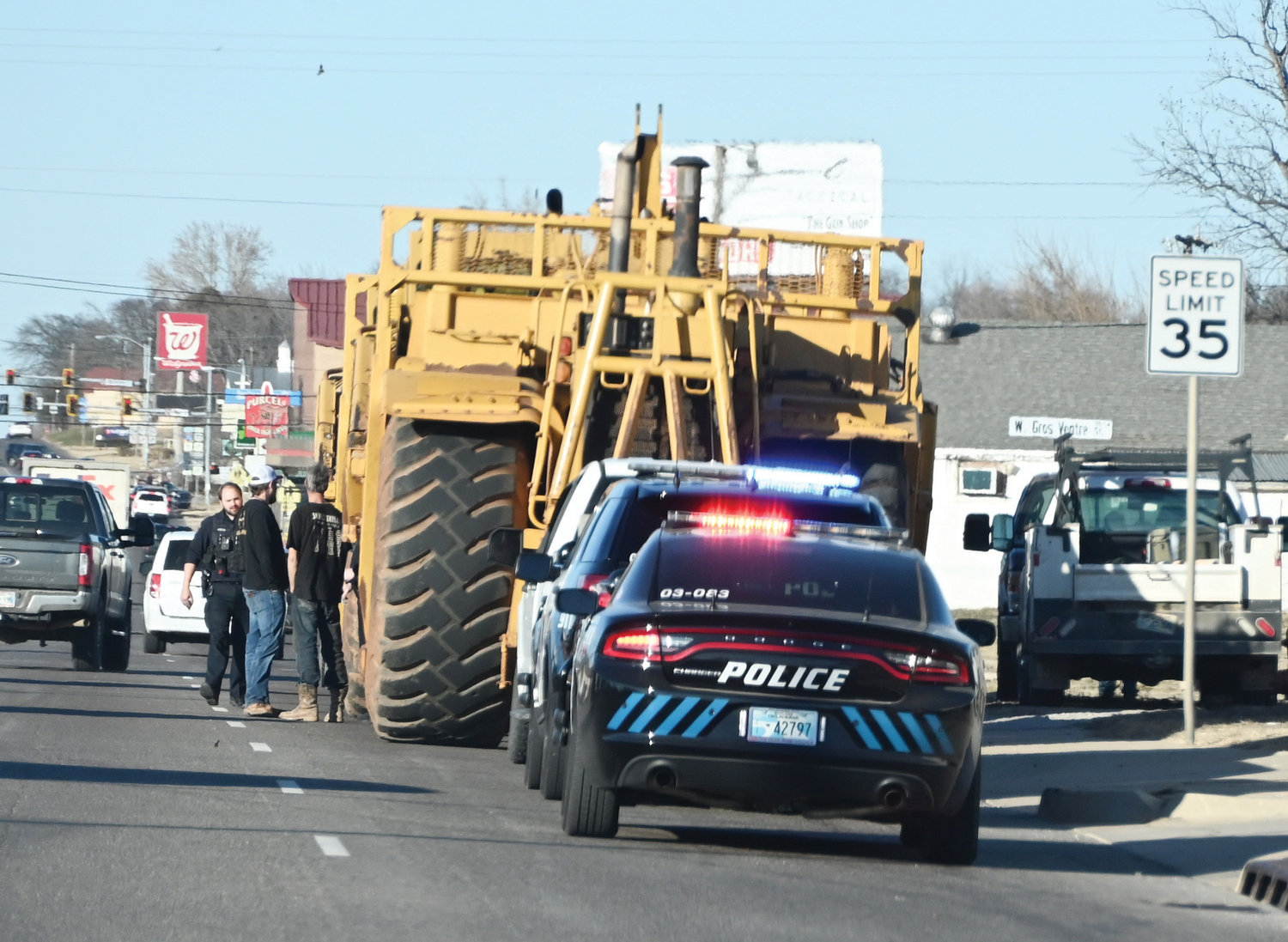 Purcell Police and Fire units were called to the scene in the 800 block of South Green Avenue last Thursday afternoon where oil spilled from large industrial vehicles. Firefighters applied Sphag and oil dry to the spill area. There was also spillage on SH 39 under the I-35 bridge, where officials said one of the large pieces of equipment struck the beams of the bridge.
John D. Montgomery
Posted Thursday, January 19, 2023 9:00 am
John D. Montgomery

A caterpillar scraper driven by Brandon Neil Siegfried of Jones struck all 10 beams running underneath the I-35 bridge over SH 39 last Thursday afternoon causing extensive damage.

Purcell Police said the vehicle initially stopped at the scene but then proceeded with the other vehicles in the convoy before being pulled over by police in the 800 block of South Green Avenue.

Police cited Siegfried for leaving the scene of an accident.

The official report said the vehicle was taller than the 14’8” bridge and struck all beams causing critical damage to the structure.

The estimated cost of the repair work is not to exceed $426,400, ODOT officials said.