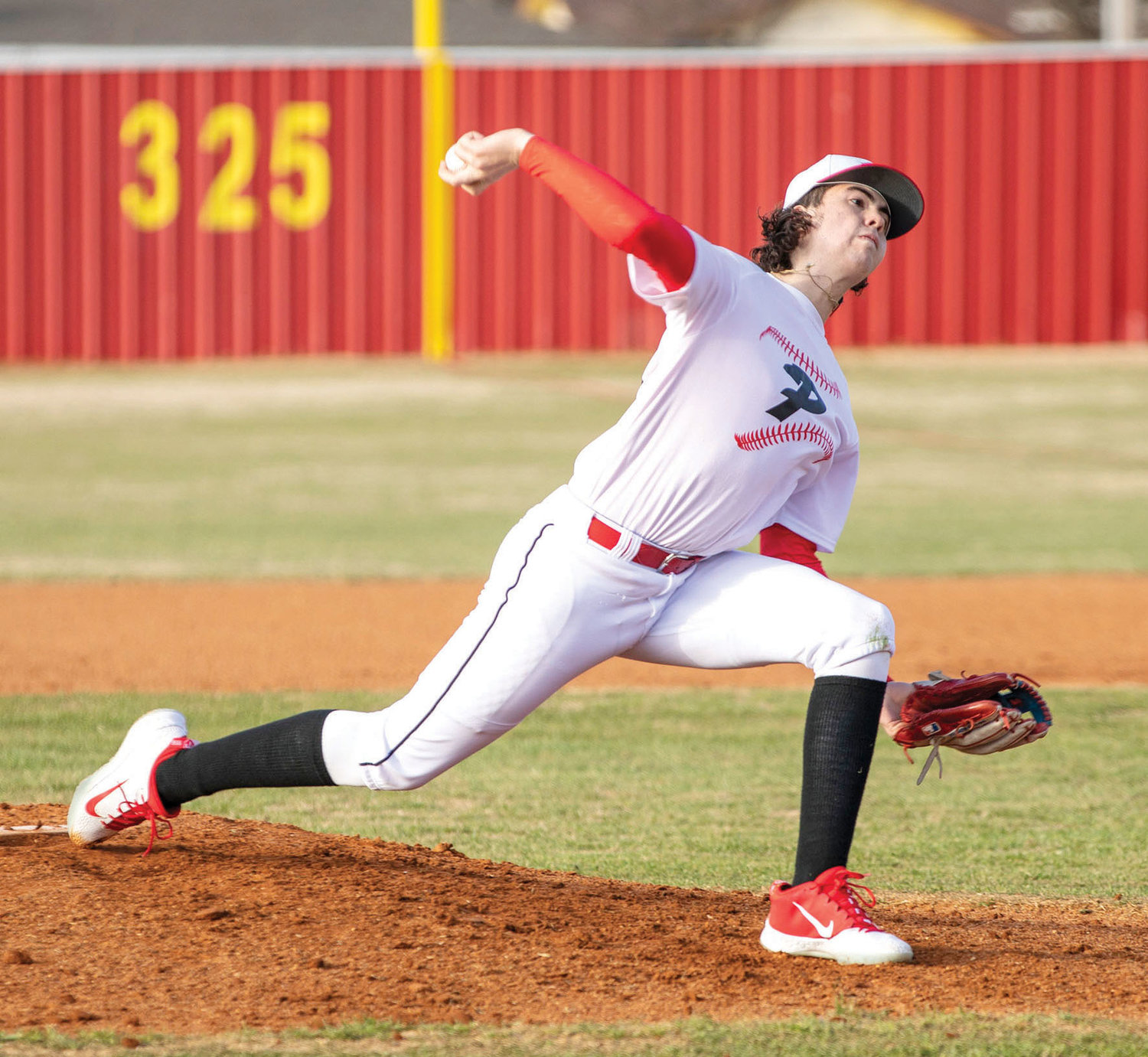 Purcell played good baseball in the Sulphur Festival and came out on top of both 4A ranked Sulphur and Tecumseh.

The Dragons overcame a one-run deficit in the Sulphur contest pushing across a pair of runs in the top of the fourth.

Purcell scored a run in each of the fifth and six frames to post a 4-2 win.

Hayden Harp led the offense going 2-3 including a double and knocked in two base runners.

Nate Willis, Zach Idlett, Creed Smith, Boston Knowles and Jorge Munoz all had hits in the game. Knowles had an RBI.

Idlett picked up the victory on the mound working five innings and surrendering four hits and both Bulldog runs. He struck out two batters and walked five.

Tucker Bloodworth came in to relieve Idlett and tossed two innings of shutout ball striking out four and walking one.

“Zach threw well,” head coach Cole Sharp said. “He got a lot of ground balls got some pop ups. We played well in the field behind both Zach and Tucker.

“Tucker came in and finished out the game. He competed and threw really well.

“We hit the ball really hard and did a good job in situational hitting,” the coach said. “Overall, we played our best game of the year. Sulphur is a top 15 4A team and I was proud of the way we competed against a good team.”

Purcell rode the pitching arms of Brodrick Smith and Drew Kimbrell to a 9-4 victory over Tecumseh in the festival.

Kimbrell came in to relieve the starter for the final two innings.

“He threw well and brought a different pace that had their hitters off balance. He worked ahead in the count and got ground balls and pop flies to get outs,” Sharp said.

“We still need to clean up some throwing errors but we played well enough to win.”

A trio of Dragons went yard against the Savages including Knowles who smacked not one but two balls over the fence and finished the day with a whopping five RBIs.

Creed Smith and Willis both had dingers in the victory.

“We hit the ball really well,” Sharp said. “We saw it well coming out of the pitcher’s hand all day.

“Overall, I was proud of the way the kids got after it during the festival. We will need to keep the momentum this week with four district games.”