Keep the pedal to the metal to control Crusaders, 42-14 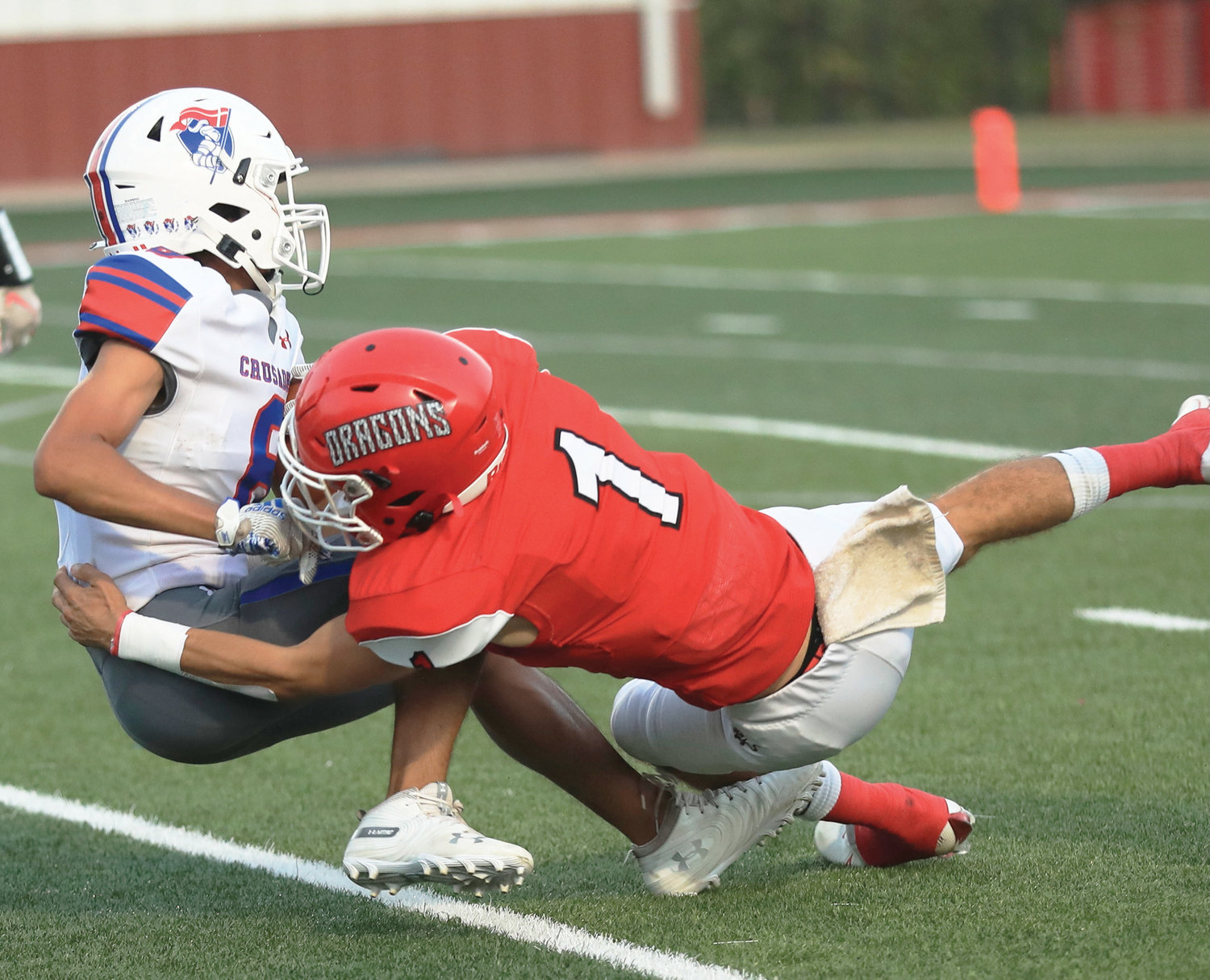 Purcell junior Austin Burton takes down a CHA ball carrier Friday night during Purcell’s 42-14 win over the Crusaders. Purcell travels to Holdenville Friday night for a 7 p.m. kick against the Wolverines.
Janet Moore 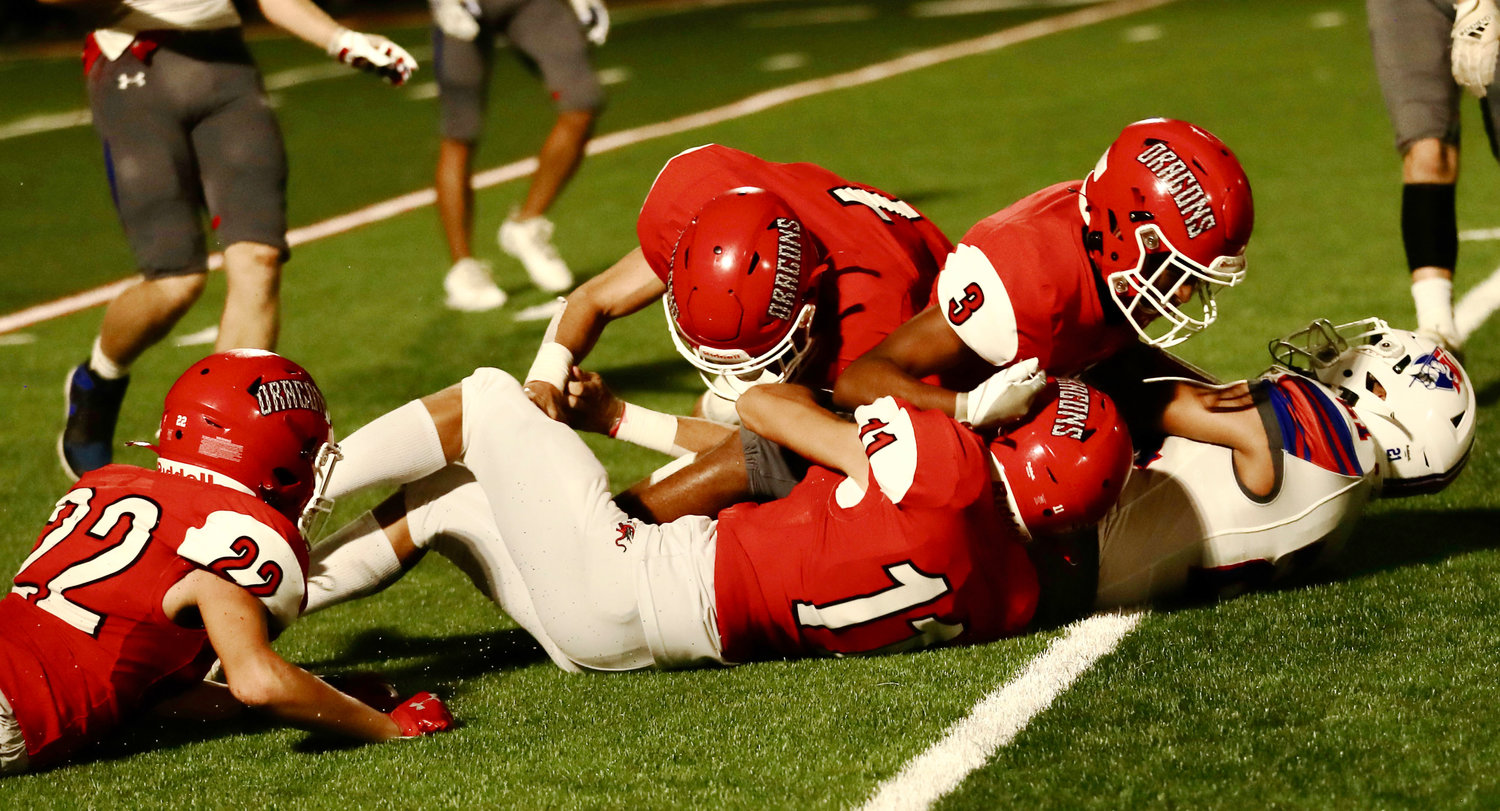 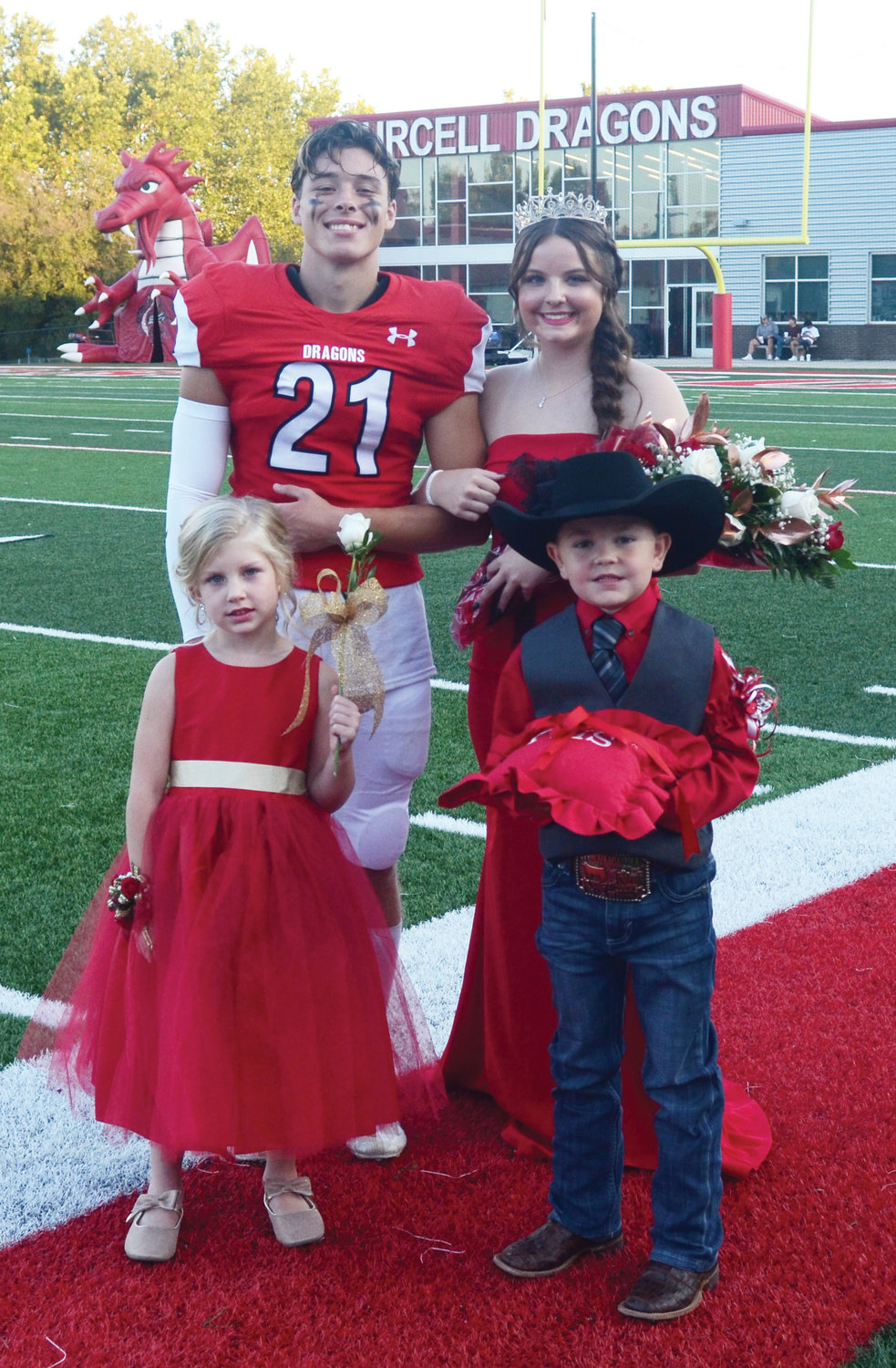 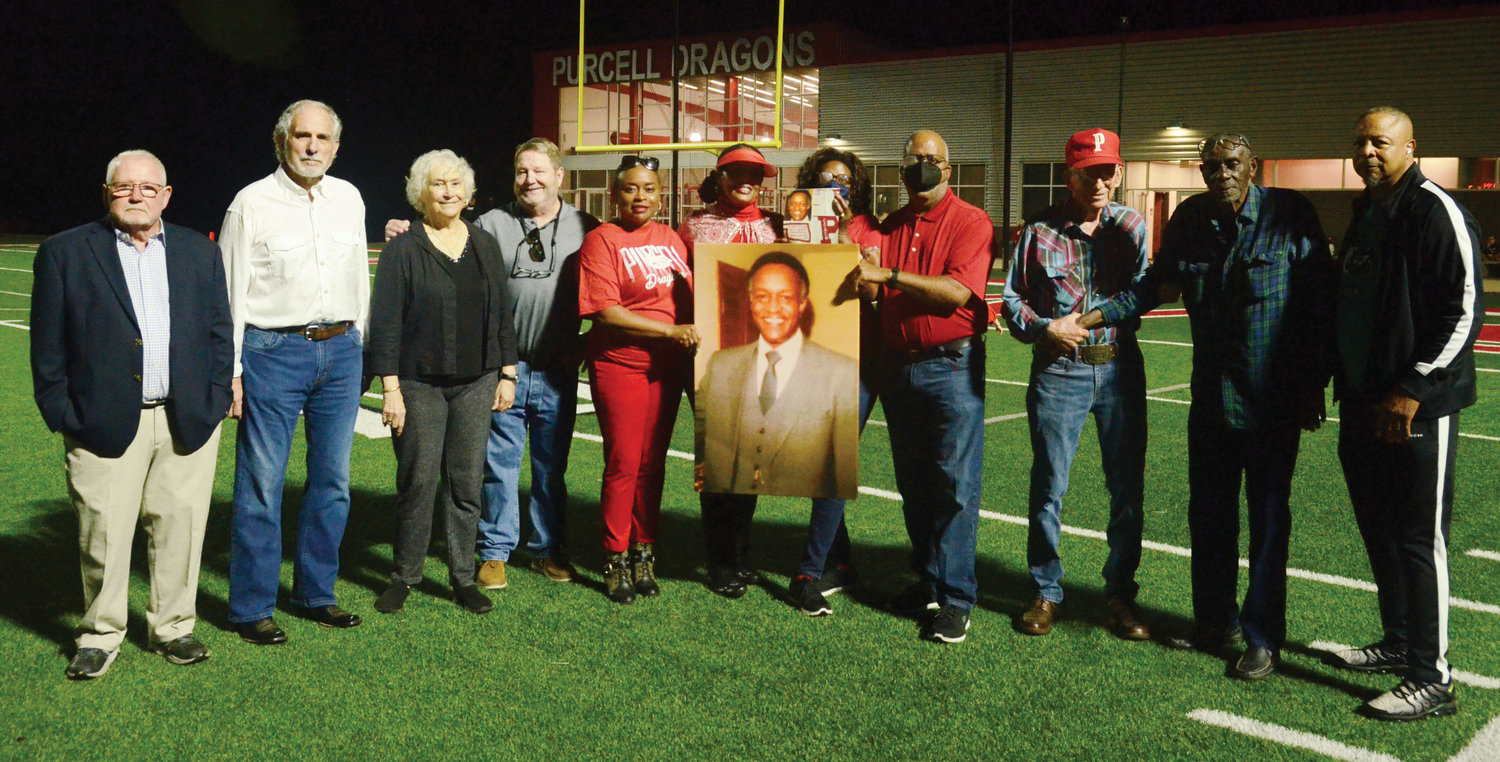 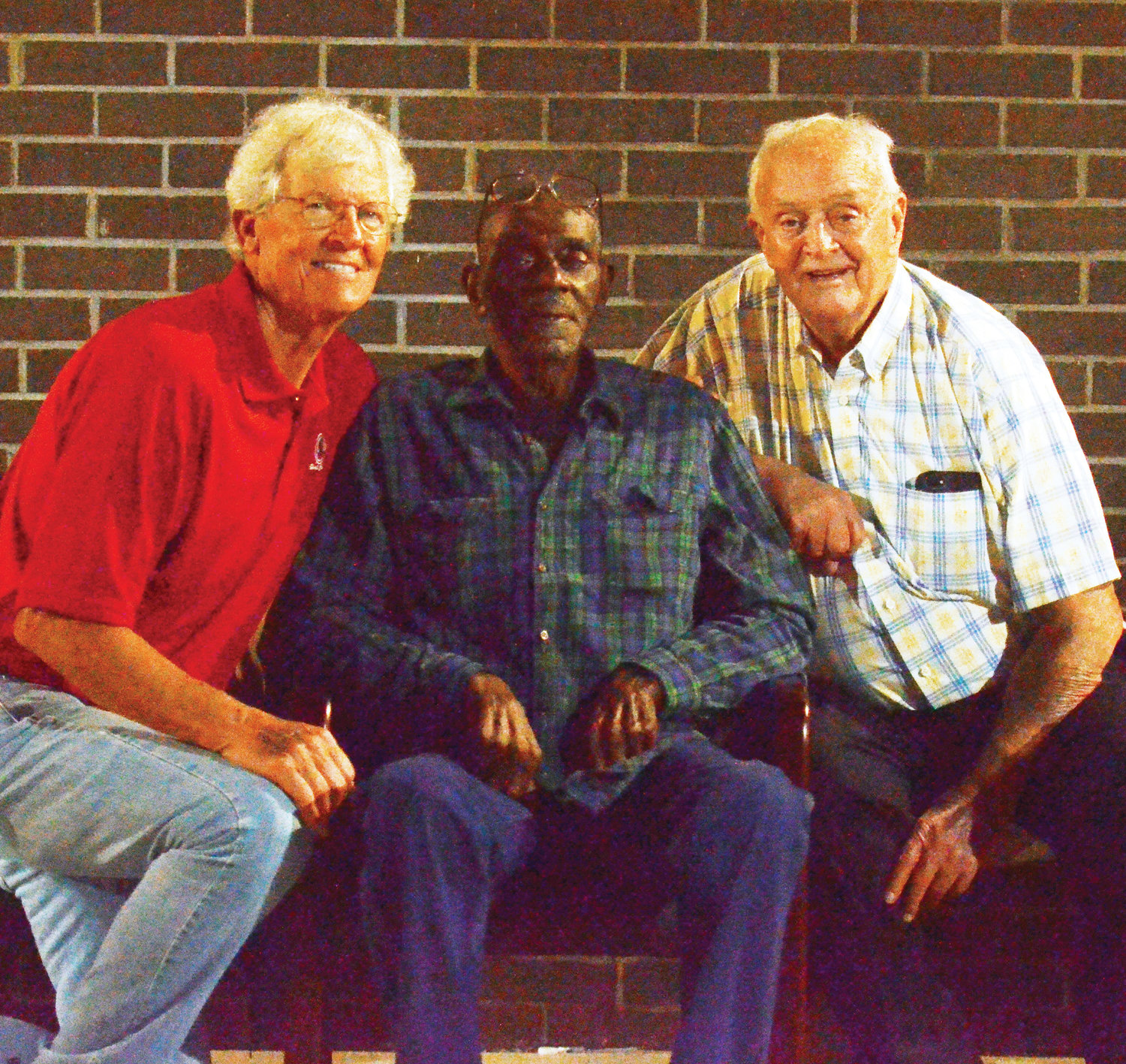 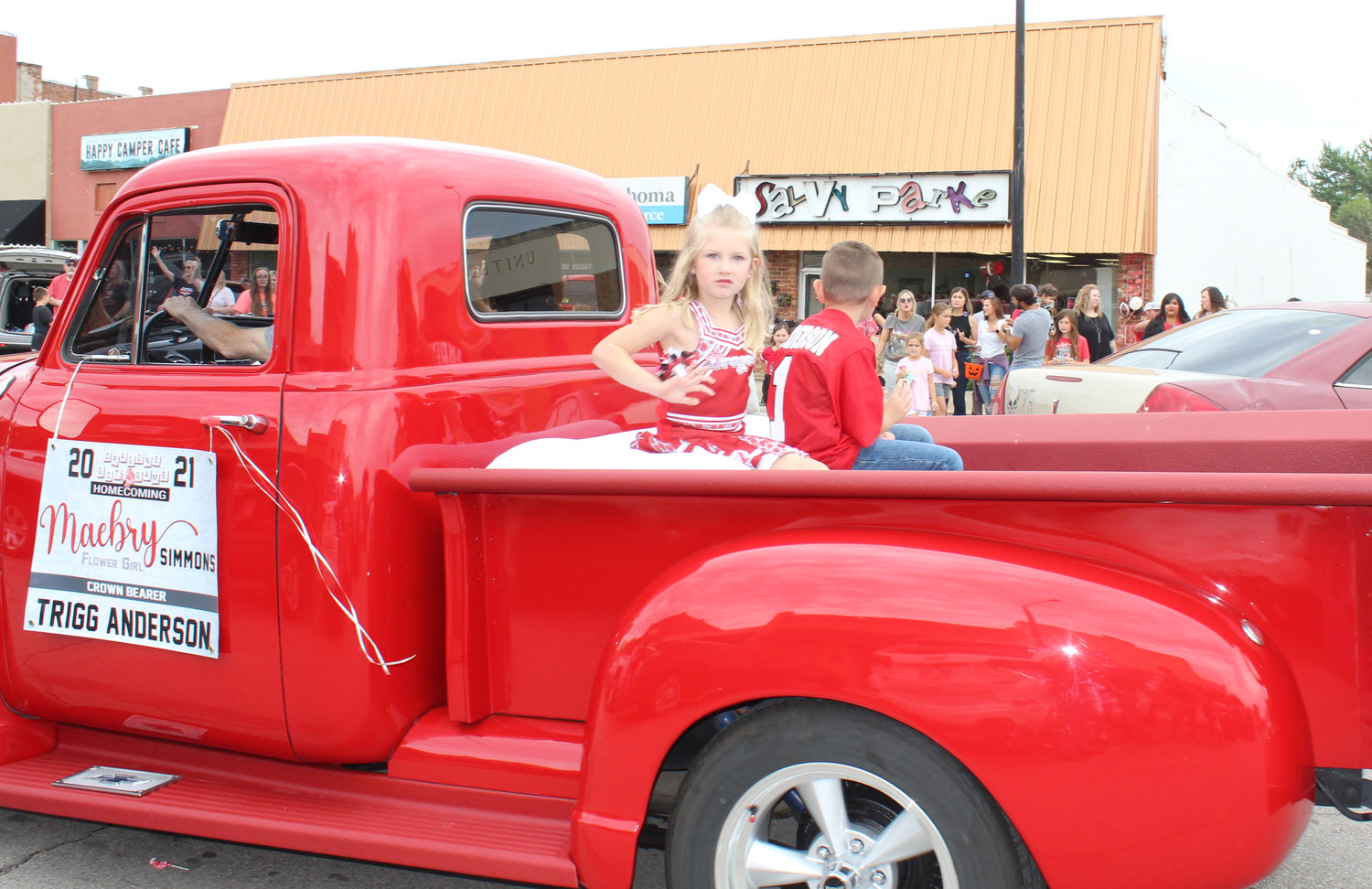 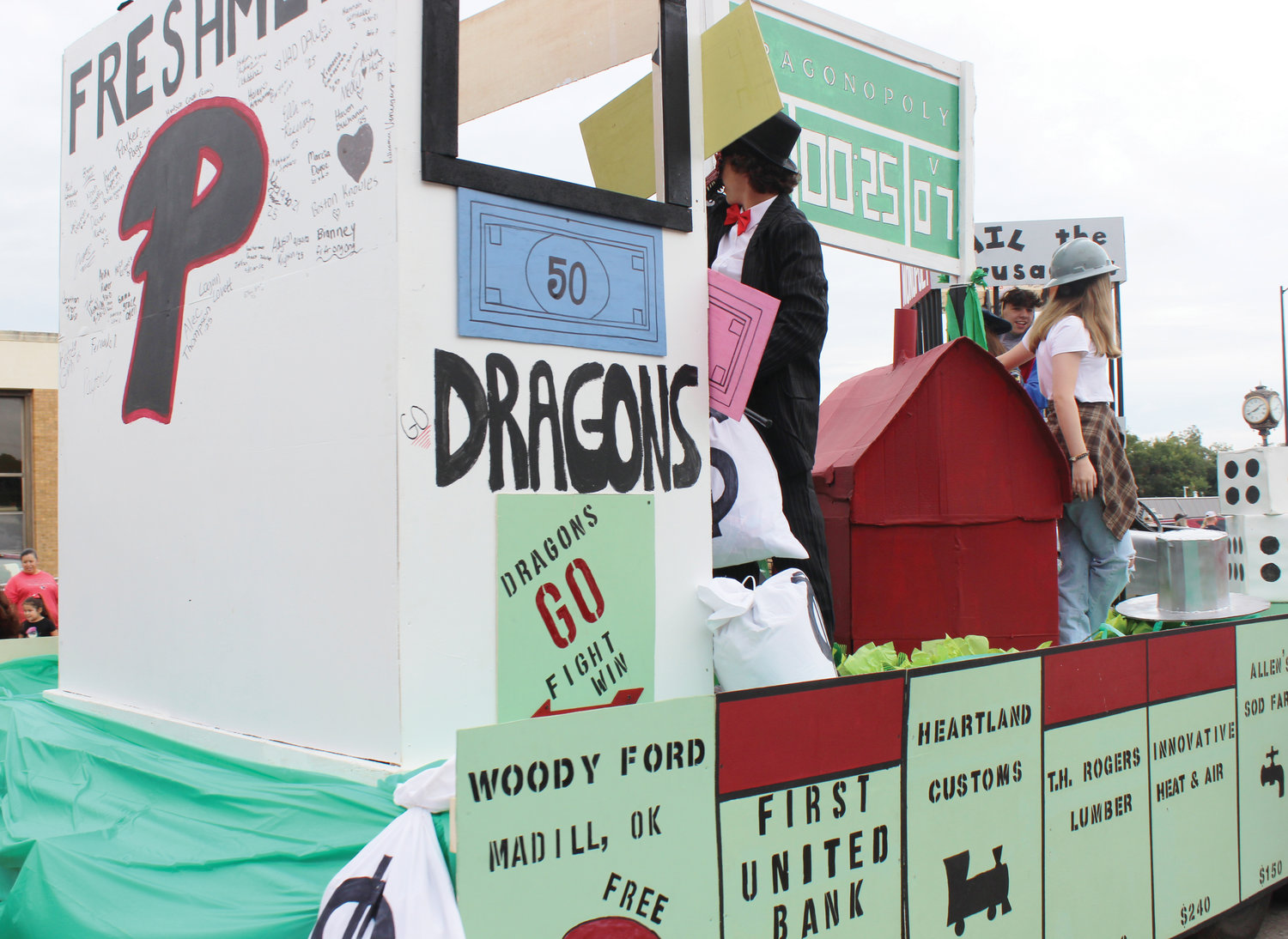 Purcell found the gas pedal and never let up on it when they smothered CHA, 42-14, here last Friday night in the 2021 homecoming tilt with the Crusaders.

“We had quite a few people play well,” Scott said. “Creed (Smith) played really well. Titus (Mason) had a big game and our entire offensive line did a good job up front.”

Senior Hayden Harp drew a word of praise from the head coach. Harp had two catches for 45 yards including a 30 yard touchdown reception.

Creed Smith scored three rushing touchdowns and threw for two more scores in the game that was controlled by the Dragons. He finished the night with 162 yards on the ground on 14 carries.

Smith scored on runs of four, 62 and one yards and hooked up with Mason for a 16 yard touchdown pass and found Harp open for a 30 yard scoring play.

Purcell’s other touchdown was a 97 yard interception return by junior Jose Ochoa in the third period.

Before being injured, sophomore running back Ryker Fink had 43 yards rushing on four carries. Payson Purcell had five carries for 21 yards and freshman Boston Knowles had 31 yards rushing on six carries.

Creed Smith was 9-13 passing for 230 yards. His favorite target was Mason who finished with 109 receiving yards on 5 catches.

Creed led the tackling chart on the other side of the ball with a dozen stops. Luke Edelman’s 10 tackles caught the eye of the head coach.

Brodrick Smith finished with nine tackles a number matched by Payson Purcell. Brodrick also had a sack for a six yard loss.

To go along with his pick six, Ochoa registered five tackles.

“We pretty much controlled the game,” Scott said. “We kept the hammer down to not let them come back. We pretty much did what we had to do.”

Purcell will travel to Holdenville this Friday night for a 7 p.m. kick off.

The Wolverines operate out of the spread formation on offense and employ a five man front on defense.

Scott reports they will walk their linebackers up at times but are mainly in a 5-2 defense.

The coach said it is important for the Dragons to continue to improve each week.

“We’re taking steps forward every week at every position,” he said. “We just need to keep moving forward.”

Nominated as the Defensive Player of the Week was Jose Ochoa, who had five tackles and scored a defensive touchdown on a 97 yard pick six.

Sophomore center Carter Goldston was nominated as the Offensive Lineman of the Week. He graded out at 97 percent against CHA.

Keven Lawson got the nod as the Defensive Lineman of the Week. He made five tackles last Friday night.