Close book on 2022 with victory at Conger Field 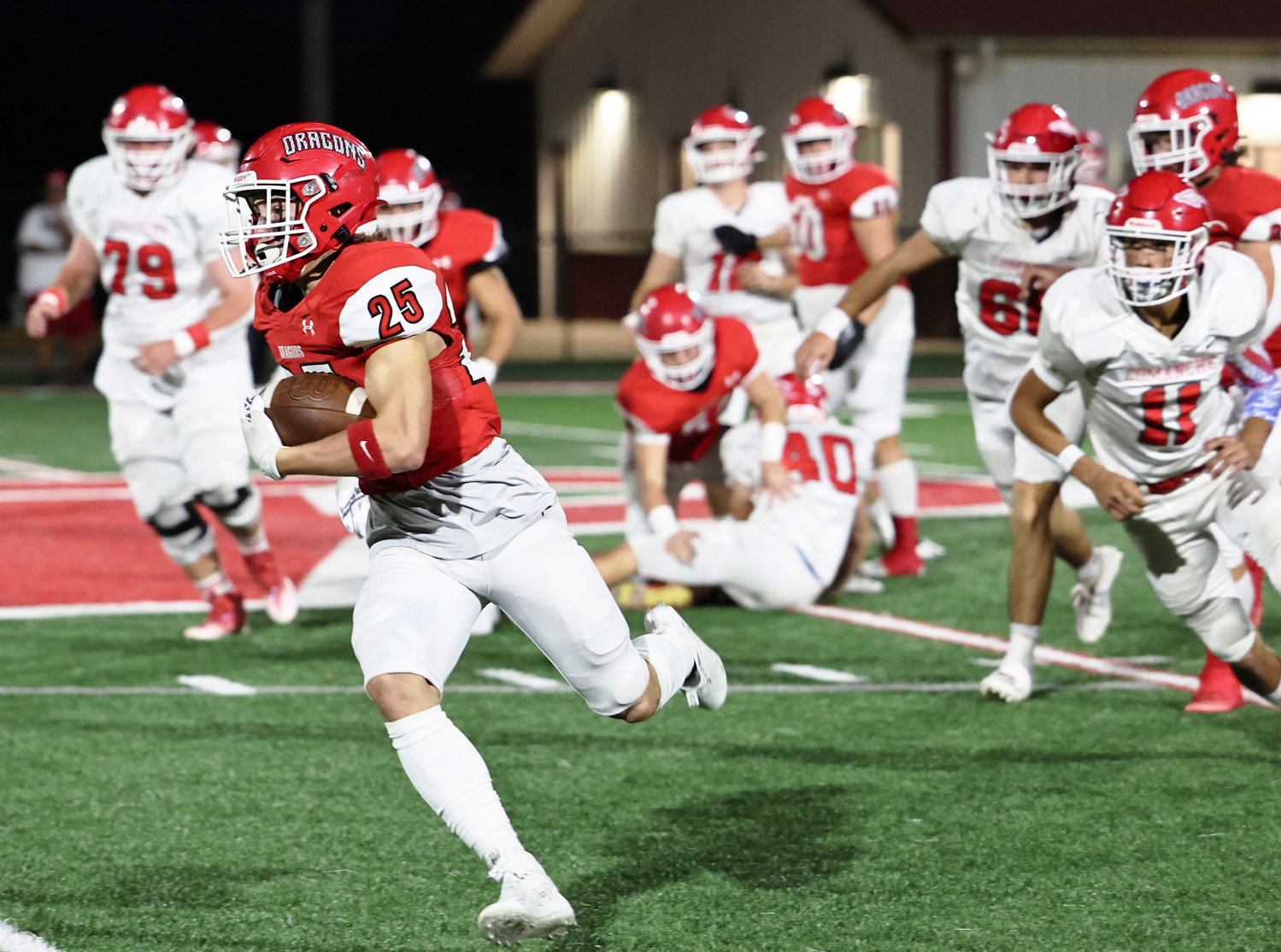 Purcell sophomore Boston Knowles runs away from the defense during the Dragons’ 35-0 win over Comanche. Knowles scored twice in the game.
Janet Moore 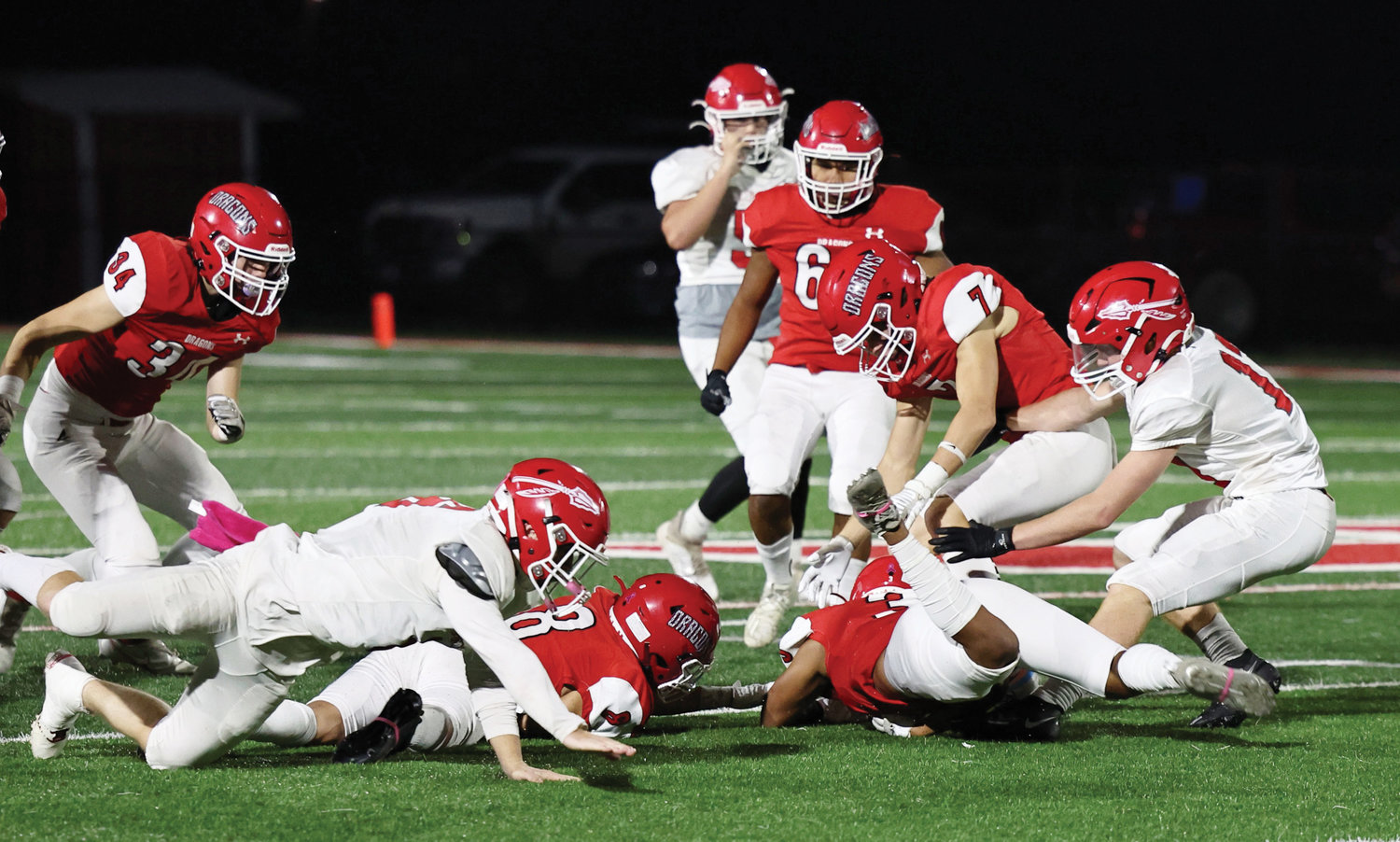 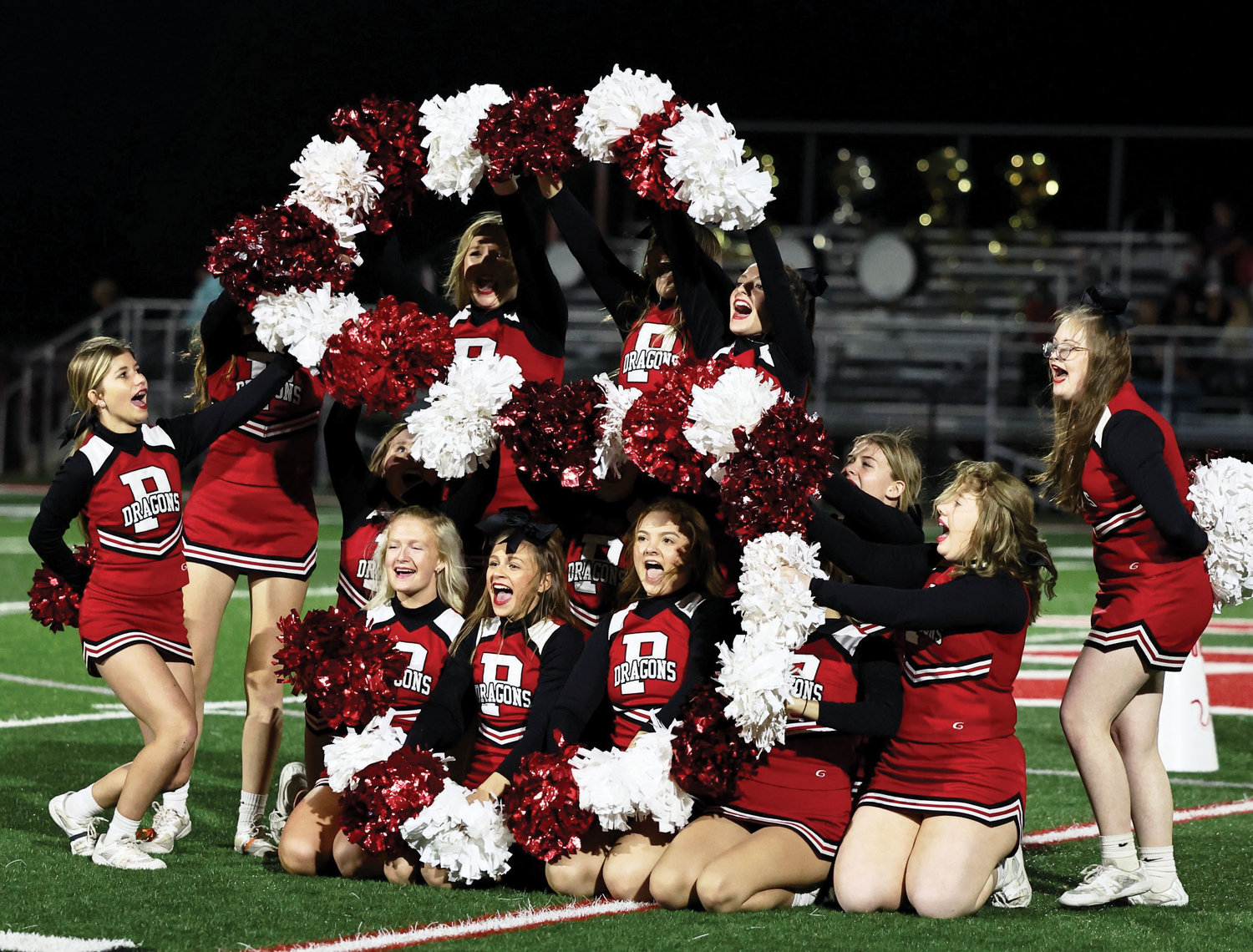 Purcell closed the book on the 2022 gridiron season with a 35-0 victory at Conger Field over Comanche last Thursday night.

The game was moved up a night due to threatening weather that was predicted on Friday.

Senior quarterback Brody Galyean had one of his best games of the year throwing for 105 yards and rushing for 101. He was 6-11 passing that included a 40 yard scoring strike to Boston Knowles and a 25 yard bullet to Jett Tyler for a touchdown.

Knowles got the scoring started bursting for a 50 yard touchdown run in the opening quarter. Galyean followed suit in the second period with a one-yard plunge.

Kash Guthmueller’s pick six in the second quarter closed out the Dragon scoring.

“Brody played a really good game,” head coach Tracy Scott said. “And, really, everyone on the offensive side of the ball played well. Boston had a pretty good night. Kash had a big interception and Jett Tyler had a touchdown reception.”

On the defensive side of the ball, Payson Purcell led the way with 14 tackles. Jake Scott had an interception that set up a touchdown drive as well.

The coach praised the play of Ryker Fink, Luke and Adam Edelman and Brody Holder.

Fink finished with 11 tackles while Luke had seven. Adam had three stops.

“Brody led the way up front with seven tackles,” the coach said.

“I was proud of the way we came out and jumped on them early. We put them away in the first half and then began subbing in the second half.

“I was glad we were able to finish on Conger Field with a win. That’s going out in the right way,” Scott said.

The Dragons finished the season 5-5.

Purcell Head Coach Tracy Scott nominated Brody Galyean as the Offensive Player of the Week. Galyean was 6-11 passing for 105 yards and a pair of touchdowns. He rushed the rock 14 times for 101 yards and a touchdown.

Nominated as the Offensive Lineman of the Week was Jake Scott, who graded out at 85 percent.

The nominee for Defensive Player of the Week was Payson Purcell. He had 14 tackles against Comanche.

Getting nod as the Defensive Lineman of the Week was Brody Holder, who made seven tackles against the Indians.