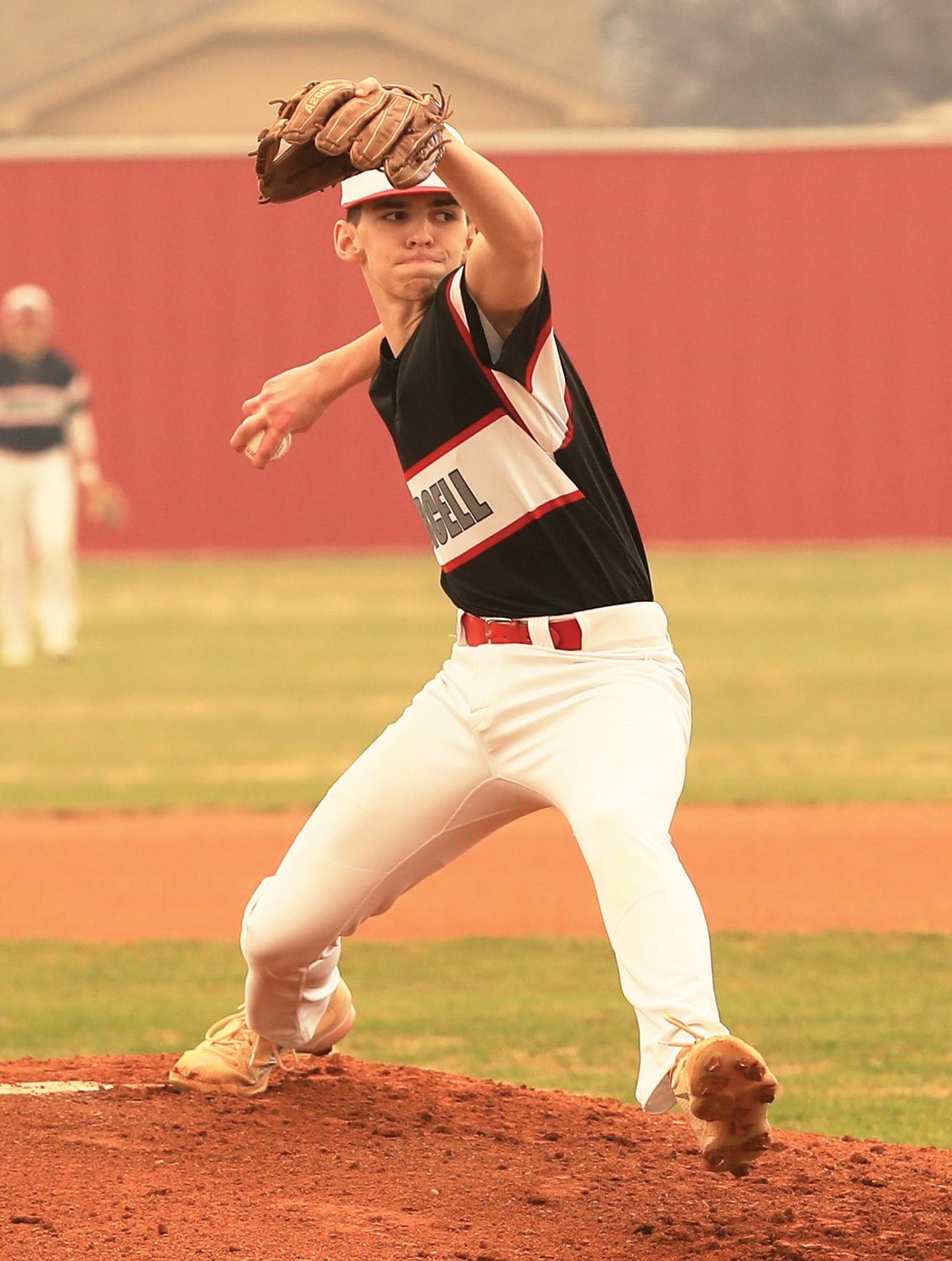 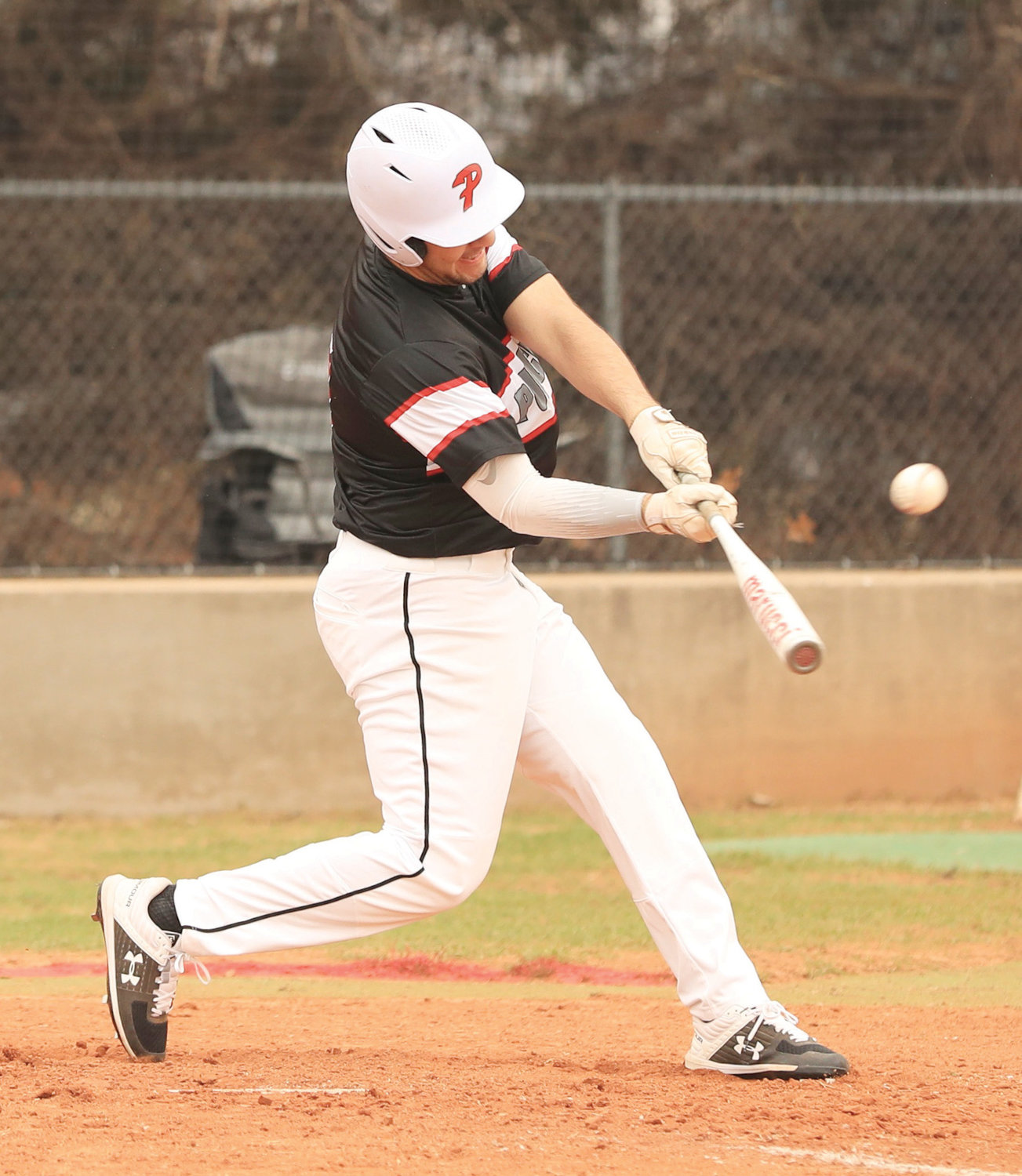 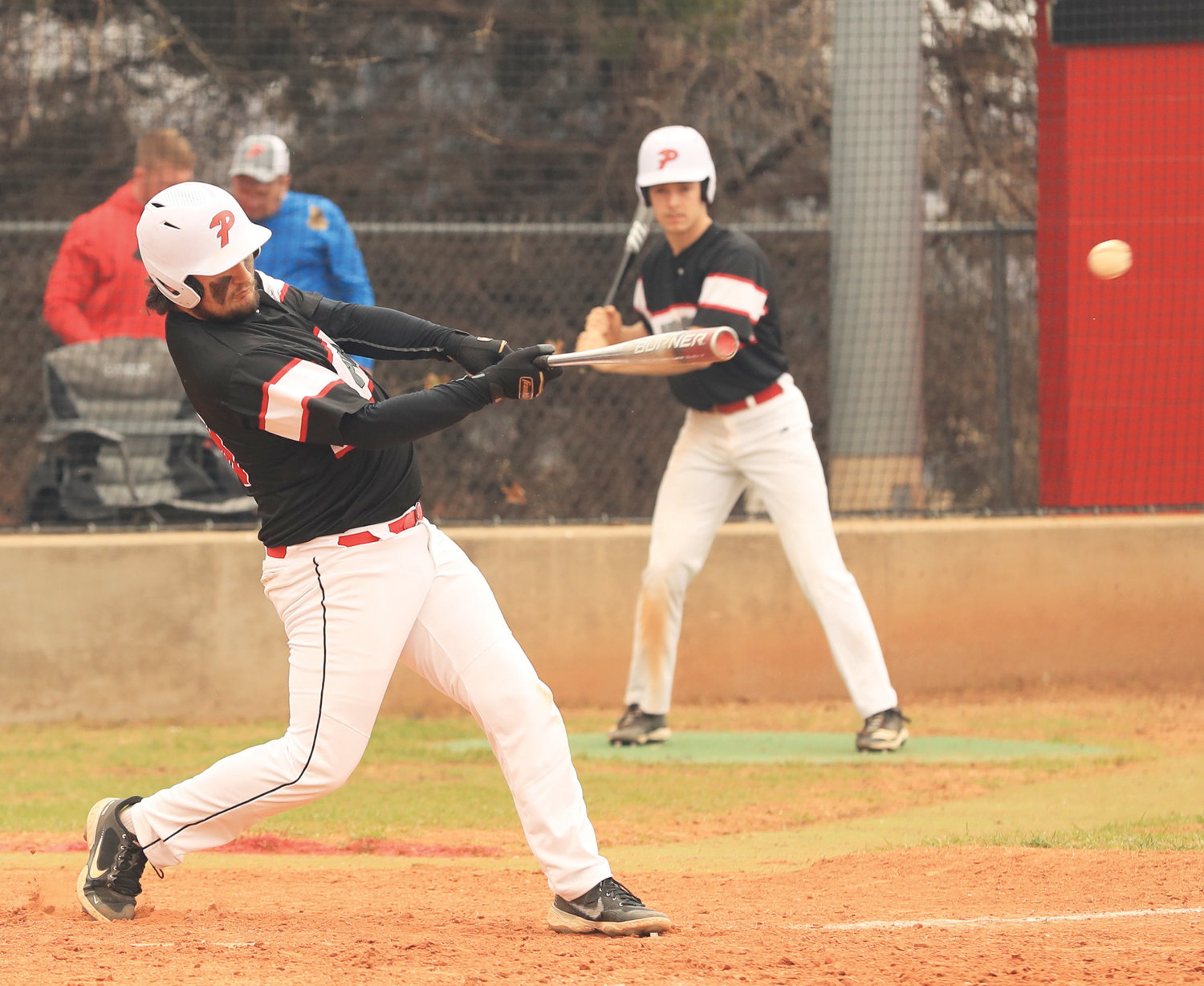 Nate Willis was 4-4 at the plate leading Purcell to a 14-4 run rule victory over Meeker March 17.

Willis doubled twice and had a pair of RBIs while scoring twice.

The Dragons scored 10 runs in their half of the first inning setting the stage for the big win.

Jorge Munoz spanked a two run scoring triple. Hayden Harp went 2-3 including a triple and knocked in a pair of runners.

Freshman Parker Page garnered the pitching victory in his first varsity start. He struck out 10 and helped his own cause going 2-3 at the plate with one RBI and scored three times.

“After giving up three runs in the first, I thought Parker really took charge on the mound,” head coach Cole Sharp said. “He had great command, worked ahead in the count and competed on the mound all day.  He did a great job in his first start.”

The Dragons swung the bats and ended up with 13 hits.

Purcell added a pair of runs in the second and polished off the Bulldogs with two in the bottom of the fourth.

“We did a great job hitting the ball,” the coach said. “After scoring 10 runs in the first inning, we continued hitting throughout the game.  Overall, we played really well.

“We still need to clean up some defensive problems. I was pleased with the effort today.”

The news wasn’t the following day when Purcell dropped a 13-1 contest at the hands of the Marlow Outlaws.

The Dragon bats were muffled with only Brodrick Smith, Nate Willis and  Zach Idlett getting base hits. Idlett’s was a double.

“Overall  it wasn’t a good day either hitting or making plays to back our pitcher,” Sharp said. “We committed too many errors and if you commit that many errors to a good team like Marlow, they will make you pay.

“We still have a lot of ball in front of us,” the coach continued. “We just need to learn and improve from this and cut down on the mistakes and we will be fine.”

Creed Smith took the loss on the hill.

“I thought the pitching was good enough,” Sharp said.  “The defense didn’t make enough plays at the end of the day.”

The Dragons were scheduled to play at CHA Monday and host the same team Tuesday.

The Dragons were to travel to Sulphur for a festival Thursday and Friday and return play at Lexington next Monday and host the Bulldogs next Tuesday.