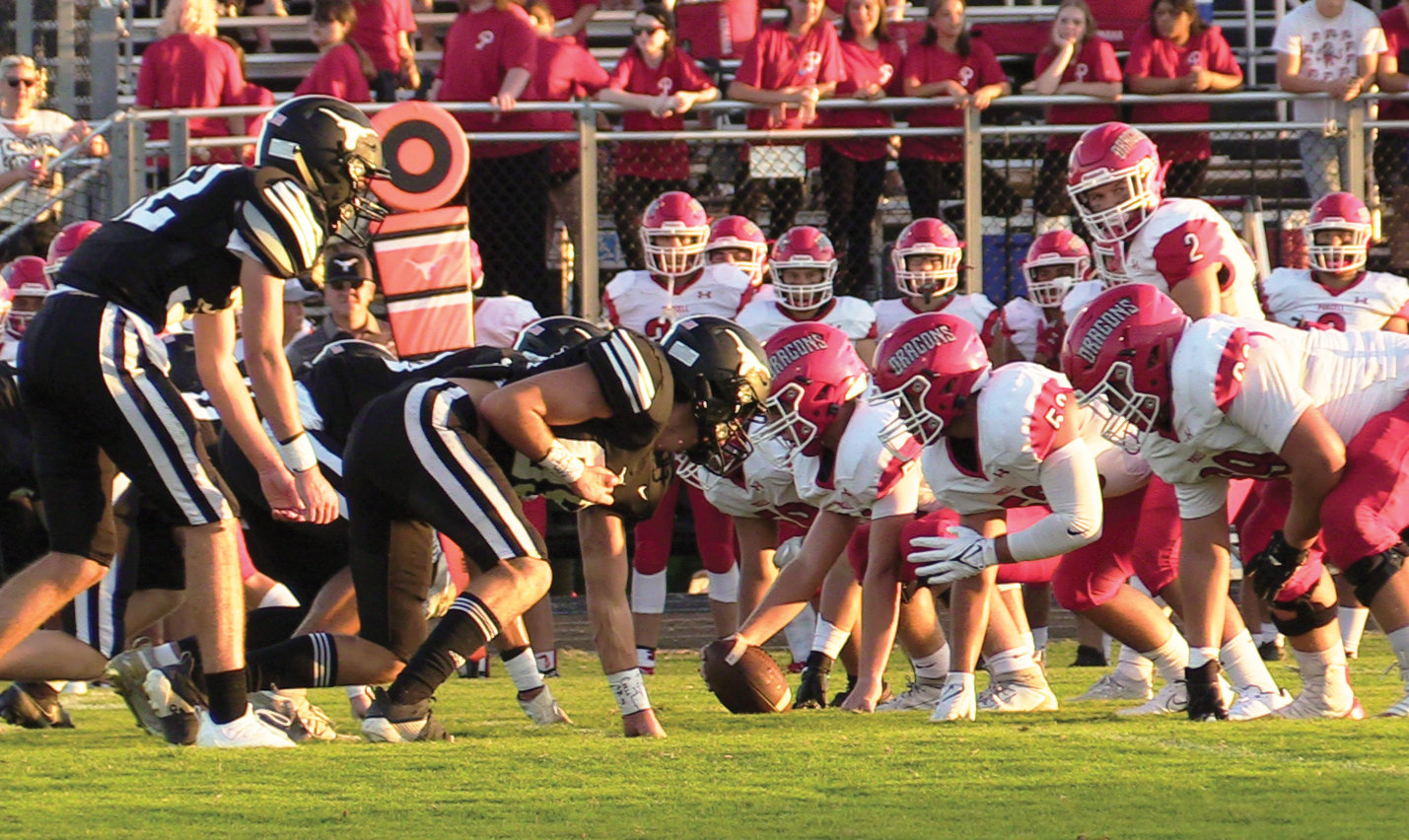 Purcell has been preparing this week for their home opener for 2021.

Coach Tracy Scott and his Dragons will play host to the Lindsay Leopards for a 7:30 p.m. kickoff at Conger Field.

Lindsay, who operates out of a spread formation on offense, is coming off a 20-7 victory over Pauls Valley while Purcell is trying to pick up the pieces after losing at Lone Grove last Friday, 41-7.

Coach Tracy Scott reports the Leopards are “pretty well balanced between their passing and running”.

“They utilize some one back looks on offense and some two back sets. On defense they operate out of the 3-4.”

“The key for us is we’ve got to improve and get more experience with our young guys,” Scott said. “We can’t turn the ball over and we can’t give up the big play.”

Scott said Creed Smith turned in a good performance at Lone Grove in his first game as quarterback.

“Creed played well,” Scott said. “He had a good game for his first game at quarterback. He handled things well. He threw the ball well, we just didn’t catch it very well.”

Scott said his running backs that played did a good job. He was talking about the play of Ryker Fink, Paysen Purcell and Brody Holder. Purcell and Holder combined for 46 yards between them.

“They ran well when they had some room,” the coach said.

Fink rushed for 80 yards and scored on a four yard plunge. Smith rushed for 58 yards and had 57 yards through the air.

“Lone Grove was good and we are young,” Scott said. “It seemed like when the lights came on we got a little wide-eyed. Some of the kids forgot what the coaches had been telling them. That happens with young guys.

“We’ve just got to keep coaching,” he said. “Lone Grove was a good football team. We’ve just got to get better and get better in a hurray. At times last Friday we had all young guys out there for the first time in the offensive line. They need experience.”

There were no nominations for Player of the Week.