Friday’s homecoming all about spirit and football 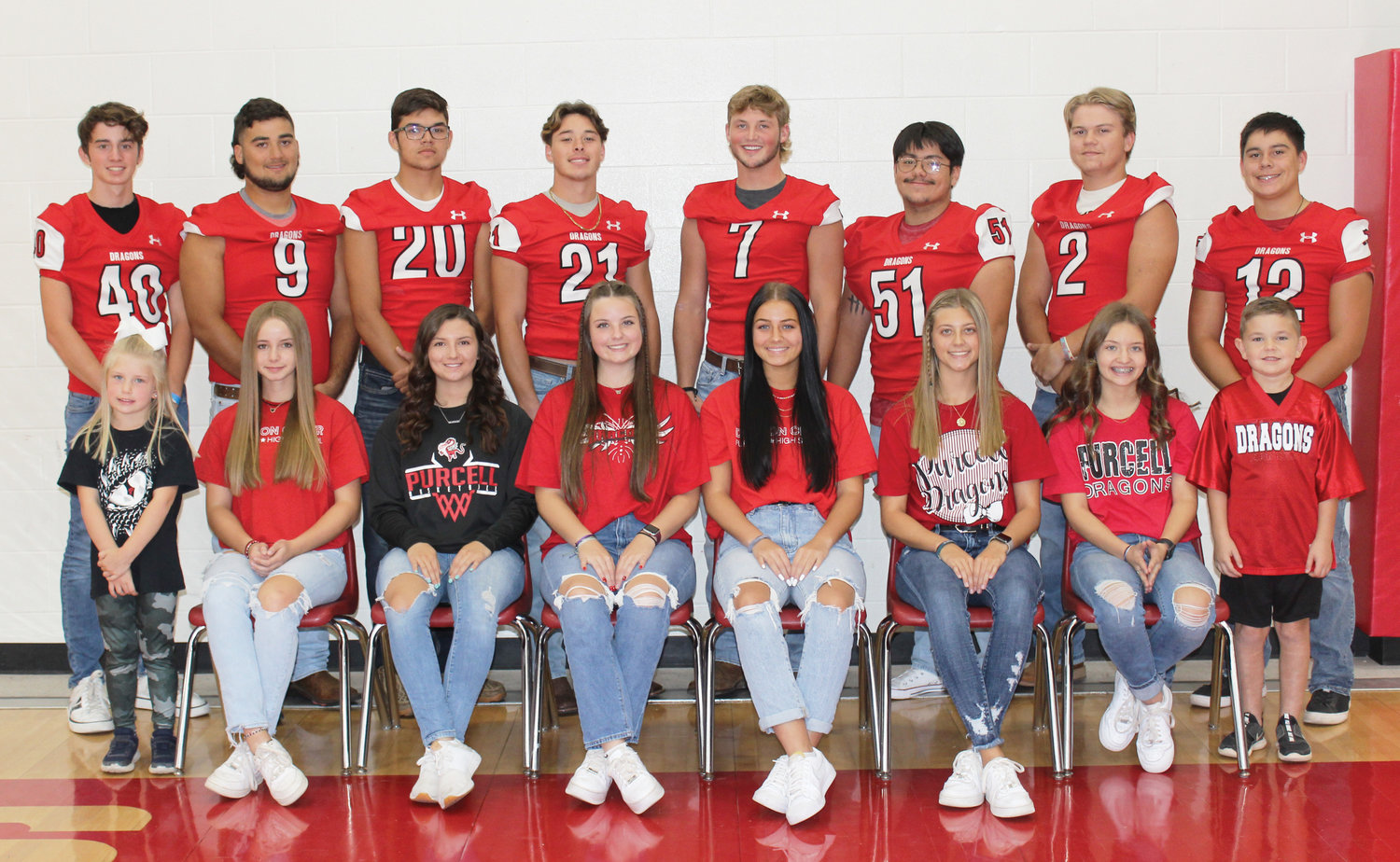 Immediately preceding the 7 p.m. kickoff will be the coronation of a homecoming queen and king at 6:30 p.m.

The day’s activities also include a parade on Main Street at 1:30 p.m., followed by a pep assembly downtown at Santa Fe Plaza.

Avila is a Student Council officer and member of National Honor Society. She is on the superintendent’s honor roll and plays on the Lady Dragons basketball team. Her parents are Donna Avila and Isaias Avila.

Brock is a football manager, NHS officer and Student Council member. She is the daughter of Kristy and Rick Brock.

Smith is a member of Student Council and NHS and is on the superintendent’s honor roll. She is also a Purcell Cheer captain and plays on the golf team. She is the daughter of Jennifer and Bill Smith.

Dempsey has been a football manager for five years and basketball manager for two. She is on the superintendent’s honor roll and is a member of NHS. Her parents are Kristin Dempsey and Chris Ray.

Pruitt is a two-year Student Council officer and is on the superintendent’s honor roll. She is a member of Purcell Cheer and the cross country, track and basketball teams. She is the daughter of Melissa and Jason Pruitt.

Lynn is an FFA officer and member of Student Council. She is on the principal’s honor roll and Tribe Cheer competitive team. Her parents are Amy and Brent Lynn.

Davis is on the football, powerlifting and track teams. He is the son of Tammy and Ricky Beasley.

Goforth is on the principal’s honor roll and plays football and baseball. He is the son of Monica Nichols.

Harp is a member of NHS and is on the honor roll. He plays football and baseball. His parents are Alisha and Zach Harp.

Mason plays football and is also on the powerlifting and track teams. He is the son of Rashelle and BJ Mason.

Ramirez plays football and is on the principal’s honor roll. He attends classes at Mid-America Technology Center. He is the son of Jessica Ramirez.

Brodrick Smith is a member of the football and baseball teams. His parents are Rachel and Joey Fisher and Gail and Derick Smith.

Creed Smith is a member of NHS and is on the superintendent’s honor roll. He is on the football and baseball teams. He is the son of Kara and Dru Smith.

Springael is an exchange student from Belgium. He plays football and soccer and also runs track. His parents are Veerle Leo and Rore Springael. Host parents are Chasity and Corey Nimsey.

Maebry is in kindergarten and enjoys cheer and softball. She is the daughter of Jordan and Jake Simmons.

Trigg is in first grade and enjoys basketball, flag football and his show heifer. His parents are Tara and Chad Anderson.