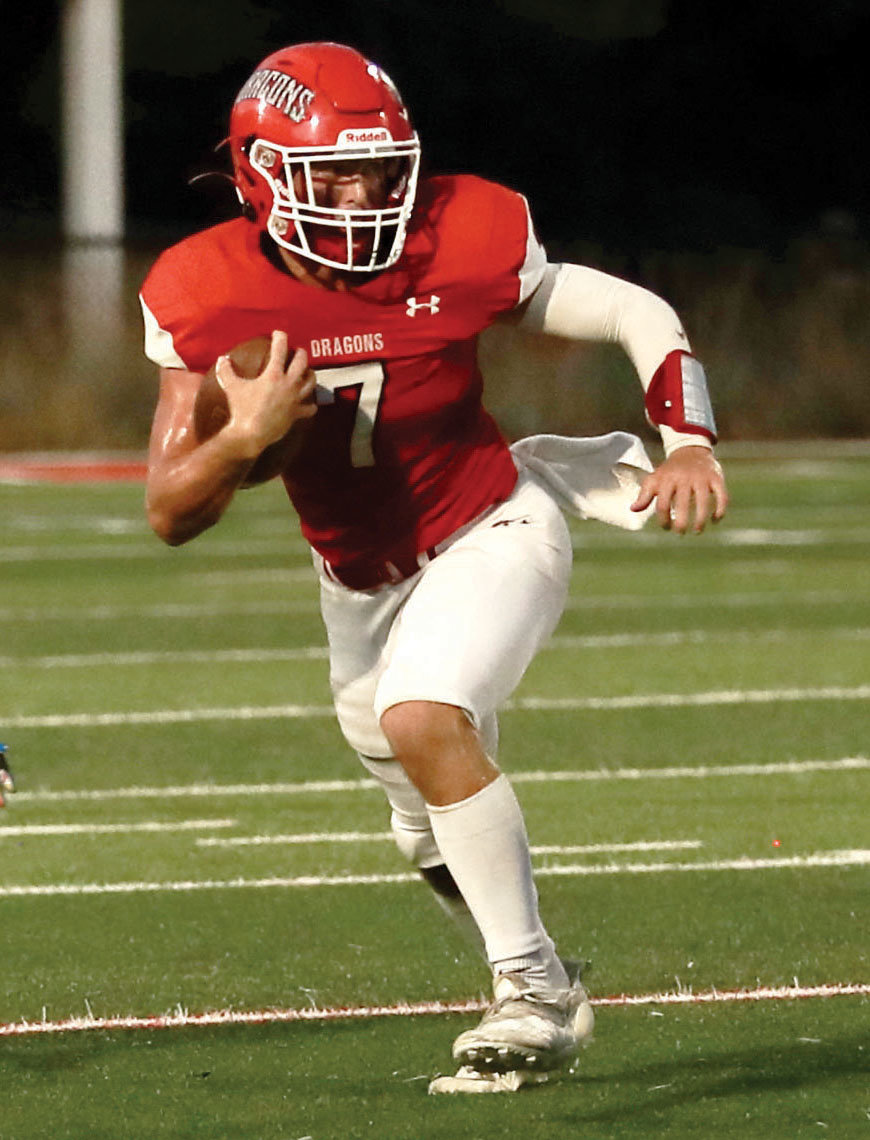 Purcell senior Creed Smith had himself another game Friday night in the Dragons’ 41-7 win over Holdenville. Smith amassed 215 yards of total offense to go along with three touchdowns.
Janet Moore 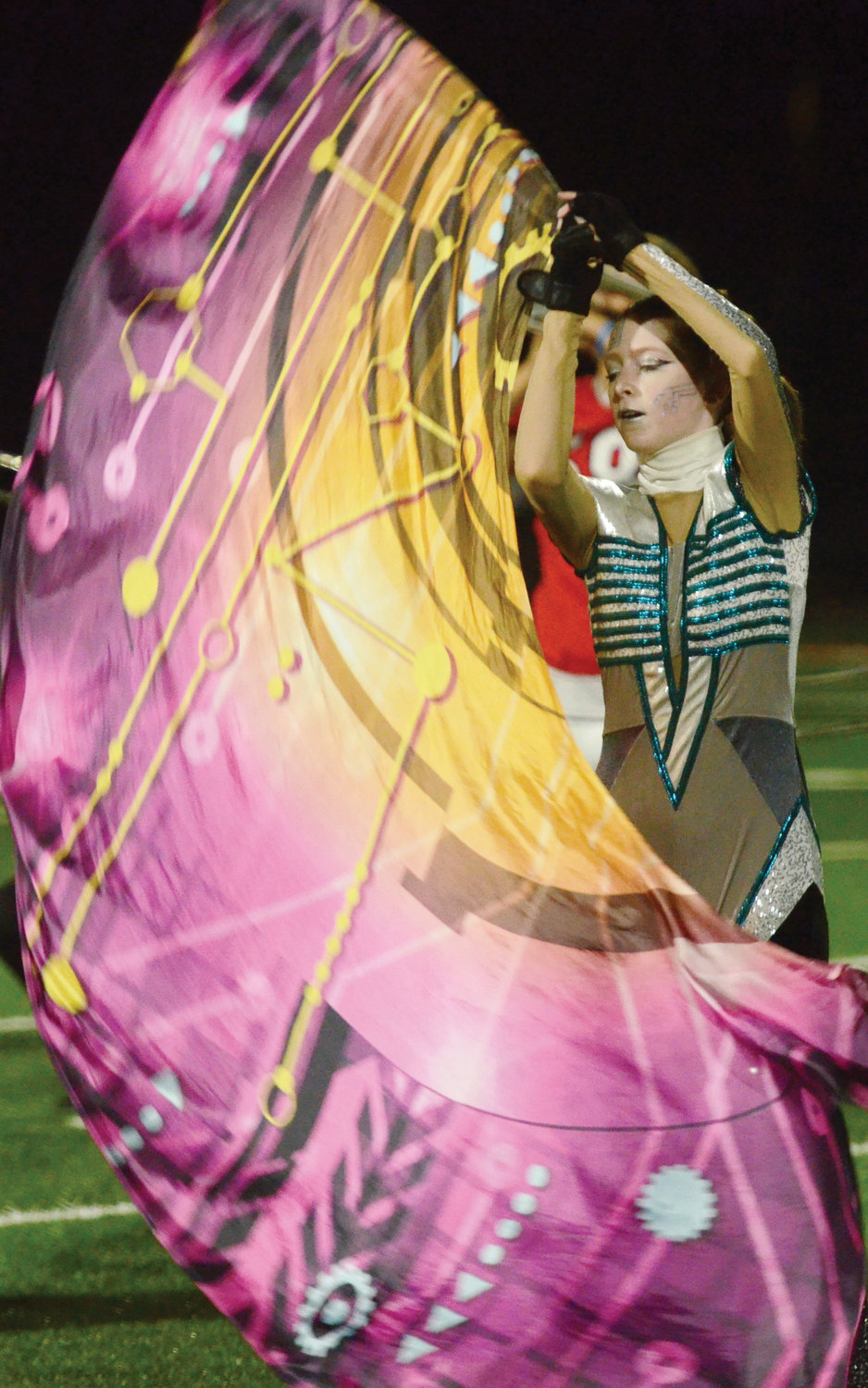 As a whole pretty much everyone played okay. It was good to come out and get after the right from the start. We didn’t let them hang on. It’s nice to put people away.”
Tracy Scott, Purcell head football coach
John D. Montgomery

Creed Smith was the leader on both sides of the ball for Purcell when they turned the Holdenville Wolverines into house cats last Friday night 41-7.

Purcell got out of Hughes County a little faster due to a hot clock in the second half due to the lopsided score.

Smith, who rushed for 109 yards and a touchdown also threw for two scores, a 10-yard strike to Titus Mason and a 65 yard bomb to Jose Ochoa.

Junior Payson Purcell scored on romps of six and 22 yards while Smith’s touchdown run was a 20-yarder.

With the game in hand coach Tracy Scott had the luxury of playing a bunch of younger players getting them valuable playing experience.

Freshman Boston Knowles broke a 91 yard scoring scamper to close out the scoring in the third quarter.

Purcell gained 57 yards on the ground while the Dragons amassed 373 total yards. Smith threw for 106 yards with Ochoa on the receiving end of 84 yards in the air while Mason gained 22 receiving yards.

Creed Smith led the tackling chart with eight stops including a sack for minus three yards and a hurry.

Burton also had an interception against the Wolverines.

“Offensively I thought Payson and Creed both played well and the offensive line did a good job,” head coach Tracy Scott said.

“As a whole pretty much everyone played okay. It was good to come out and get after the right from the start,” Scott said. “We didn’t let them hang on. It’s nice to put people away.”

That will be Purcell’s goal Thursday night when they host Crooked Oak at 7 p.m.

The Ruf-Nex run the gambit from a Pro I formation to  double tight ends and a one back set.

They will line up in a 4-3 on defense and play man coverage in the back end, Scott said.

Purcell Head Coach Tracy Scott nominated Tavian Engert as the Defensive Lineman of the Week for his four tackle effort against Holdenville.

Scott nominated Creed Smith as the Defensive Player of the Week. He registered eight tackles, had one quarterback sack and had one hurry on the Wolverine signal caller.

Payson Purcell was nominated as the Offensive Player of the Week. He gained 57 yards on the ground and scored two rushing touchdowns against Holdenville.

Offensive line coach Kurt Gray nominated Jake Scott as the Offensive Lineman of the Week. Scott graded out at 90 percent against Holdenville.