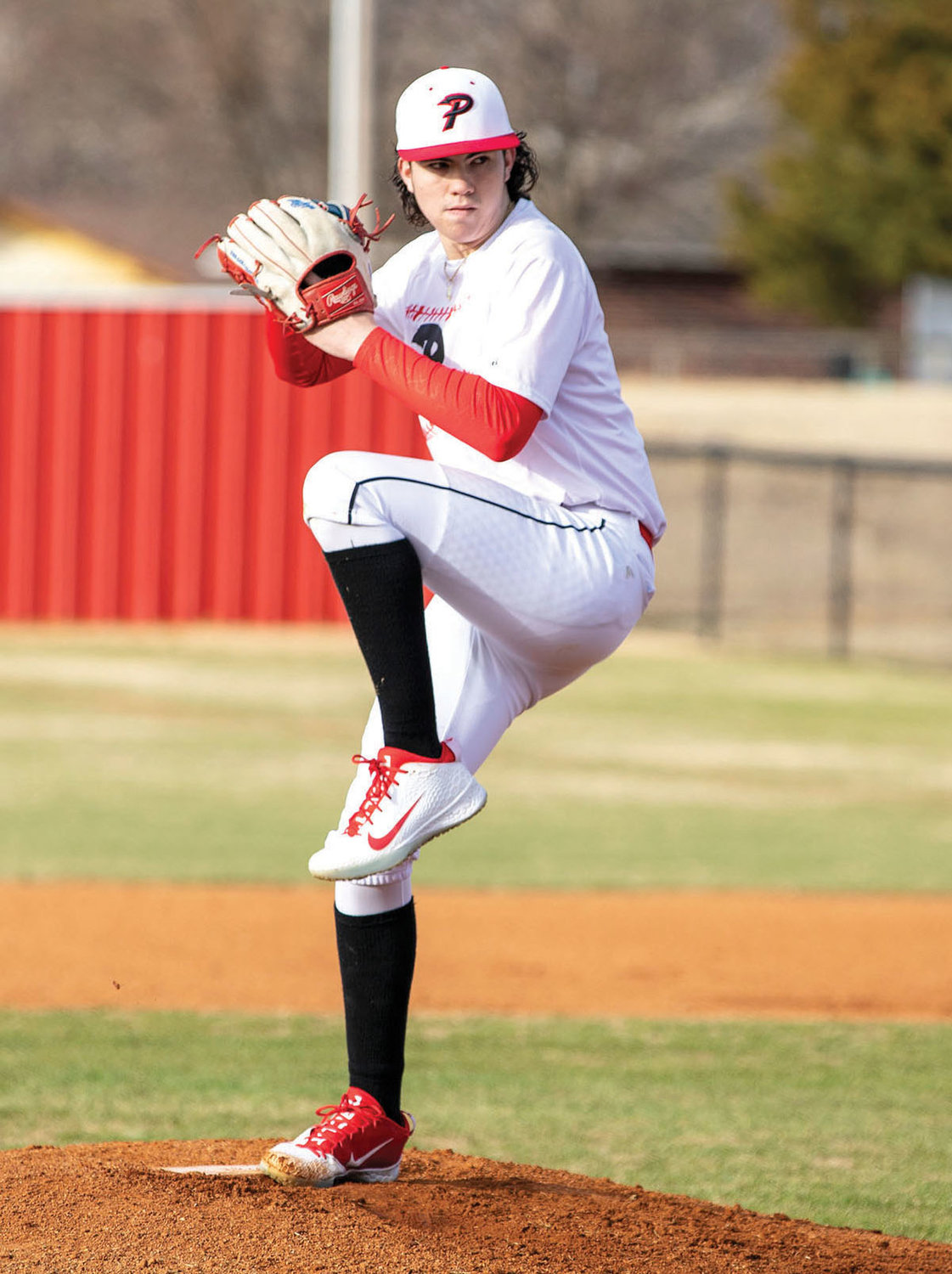 Little Axe rolled into Purcell Tuesday for a doubleheader with the Dragons and came up empty.

Purcell pitching completely silenced the Indian bats with Zach Idlett tossing a no hitter in the first game, an 11-0 Dragon victory, and Tucker Bloodworth throwing five innings of no-hit BBs at the Indians in the nightcap.

Purcell won that contest 4-0 with Boston Knowles, Creed Smith, Cole Smedley and Idlett all getting hits.

A  seven run second inning in the first game all but sealed the deal with the game called by run-rule after just three innings.

The rally was led by singles by Hayden Harp, Nate Willis, Carter Goldston, and Jorge Munoz, an error on a ball put in play by Smith and Adrian Dominguez and a triple by Knowles.

The Dragons got on the board in the first inning when Smith singled in Hayden Harp. Smith promptly stole second and third before scoring the second run of the frame.

Harp was 2-2 with a double and an RBI and scored three times. Knowles also had an RBI in a 2-3 outing at the plate while scoring twice.

Willis was 2-3 and finished with three RBIs.

Goldston and Jorge Munoz both had hits in the game with Munoz’s knocking in a run.

The Dragons traveled to Asher last Thursday and came up on the short end of an 11-3 count.

Brodrick Smith took the loss on the mound with Drew Kimbrell in relief.

“I thought Brodrick really pitched a good game,” head coach Cole Sharp said. “We didn’t back him in the field.”

“We swung the bats really well,” Sharp continued. “Overall, we did a good job seeing the ball and hitting it as a team.”

Sharp said one half inning really took its toll on the Dragons.

“We competed really well and did a lot of good things. We just need to learn and improve from this because we have a lot of ball in front of us.”

The Dragons are scheduled to host Meeker next Thursday.