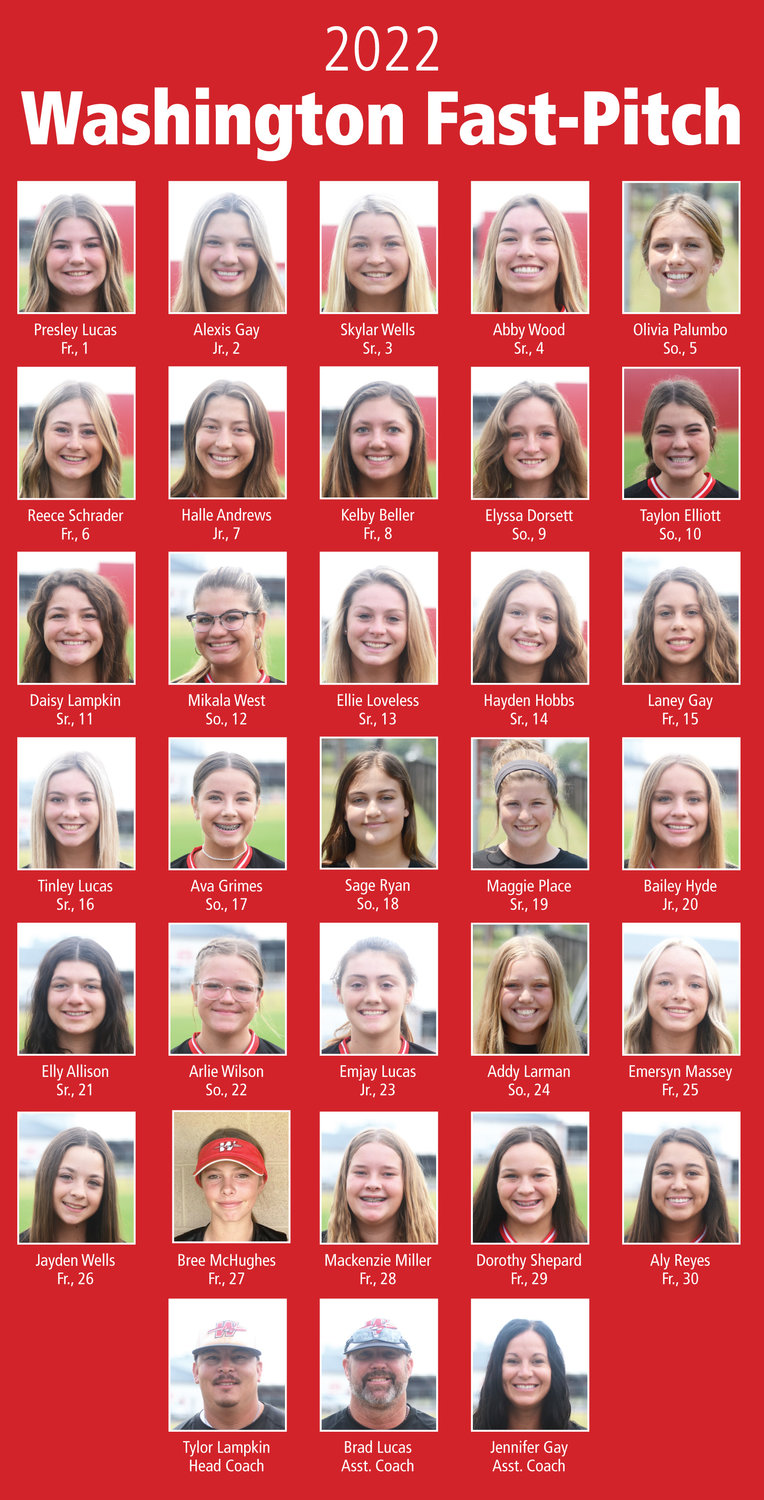 The Washington Warriors begin defense of their State crown when they host Tuttle on August 8.

Second-year head coach Tylor Lampkin’ team returns an embarrassment of riches, including their complete pitching staff and the entire infield.

The pitching staff is four deep and highly talented.

The new face on the staff is Olivia Palumbo, who according to Lampkin has plenty of experience pitching, just not in a varsity setting.

“As a whole, I feel like we have the best staff in the state,” Lampkin said. “Last year we had a 0.17 ERA. A lot of that goes to having a good defense but any time you can have under a one ERA that’s pretty good.”

The infield is just as imposing.

Aside from having one of the best players in the state at shortstop in Loveless, the Warriors have experience all over the infield.

Senior Tinley Lucas will be behind the dish at catcher, while fellow seniors Elly Allison and Skylar Wells will play third base and second base respectively. Emjay Lucas will start at first base.

Isa Portillo is the only infielder lost to graduation.

Senior Abby Wood returns with outfield experience and will move from left field to center after All-Staters Mikinzy Bost and Mattie Richardson graduated.

The other two spots are up for grabs.

“We have some young kids competing really hard for the other two,” Lampkin said.

Last season the Warriors had one of the best defenses in the state. There should not be much of a drop off this season.

“We have the majority of our power back,” Lampkin said. “We have several other girls who could be the DP who have lots of pop in their bat.”

Addy Larman, Halle Andrews and Presley Lucas are three of the players the coach has in mind for the designated player role.

Washington plays one of, if not the, most demanding schedules in the state.

With the likes of Tuttle, Dale, North Rock Creek and a slate full of loaded tournaments, the Warriors will be battle tested by the playoffs.

“Our schedule is what makes us who we are,” Lampkin said. “We don’t shy away from anybody and it prepares us to go in October. We want to be ready to go.”

The Warriors even scheduled 6A opponents for pre-season scrimmages.

The coach is looking forward to the season, and with reason.

The Washington mantle currently hosts both the fast-pitch and slow-pitch championship trophies.

This year’s team will lean on those experiences, as well as the luxury of eight seniors.

“We’ll have lots of great leadership,” Lampkin said. “These girls know how to win and they’re not afraid to work. These girls want to perfect their craft and they’re already pretty good at it.”

The Warriors’ season starts Monday at home at 5 p.m. against Tuttle.