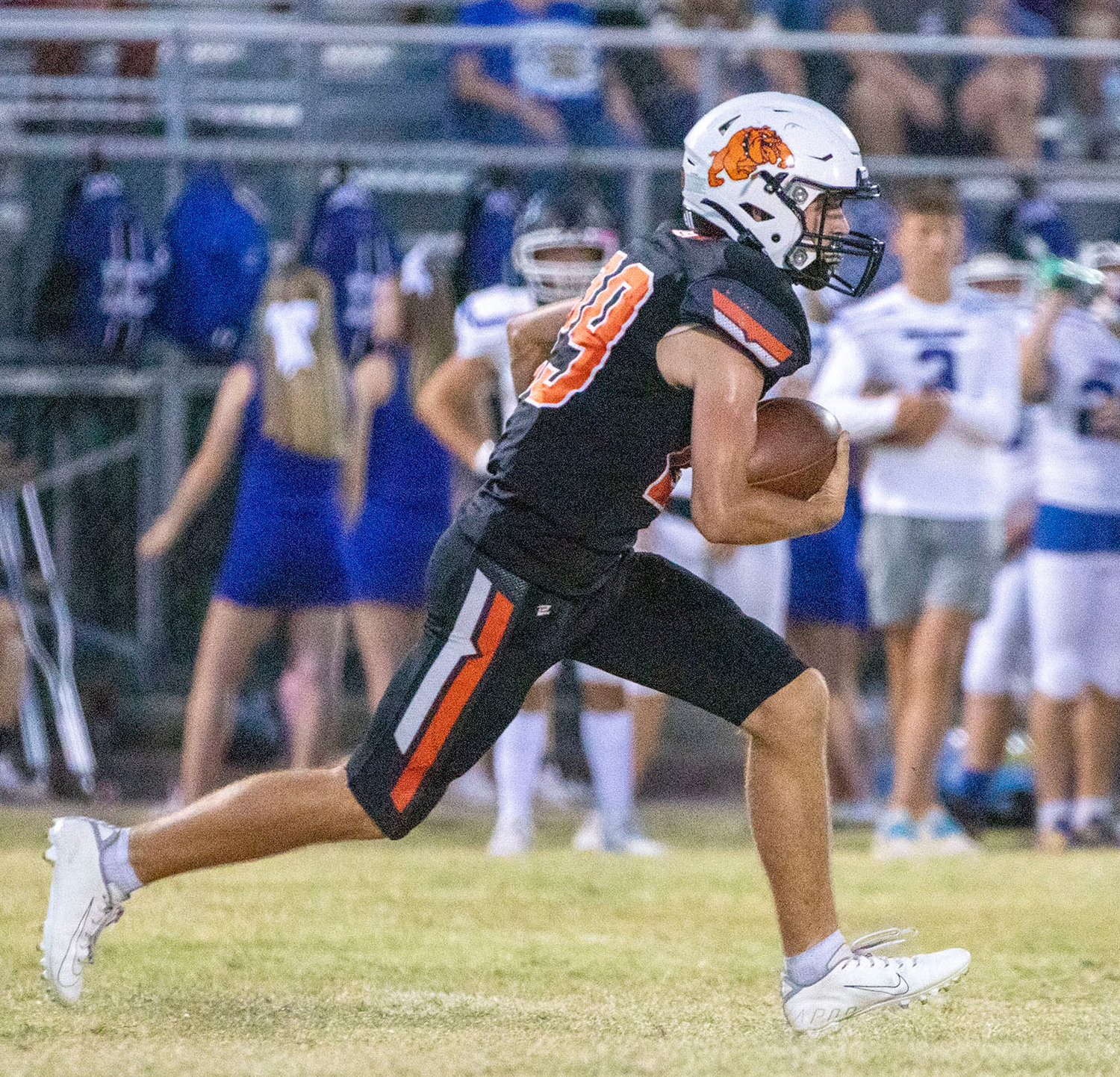 Winterton was responsible for 18 of Lexington 38 points including making a tackle in the Ruf-Nex end zone for a safety.

He opened the scoring with a one yard plunge followed by a two-point conversion run. Next came the safety followed by a 57-yard kick six by Josh Scott.

Winterton tallied from 20 yards out in the second quarter.

Ean Caywood scored from 15 yards out in the third period with Winterton legging in the two point conversion.

Gavrie Williams closed out the Bulldog scoring barrage hauling in a 42-yard pass from Buddy Cormany. Dalton Brewer ran in the two-point conversion.

The Bulldogs opened up a 22-0 halftime lead and added eight points each in the final two periods.

Winterton led the rushing chart gaining 33 yards on 10 carries. He was 5-11 passing for 92 yards.

Ean Caywood gained 28 yards on the ground on six totes. Josh Scott led all receivers with 69 yards on three catches.

“Winterton had a good game and so did Caywood both throwing and catching,”
head coach Keith Bolles said.

“Heath played well defensively as well,” the coach said. “Chandler Soto played well and so did Conor Wesson and Chase Johnson. We had a good game overall,” Bolles said.

Bolles also singled out the play of Keegan Martin and Seth Pyle.

“Pyle had a pretty good game and Keegan played well on both sides of the ball,” Bolles confirmed.

The Bulldogs will host Holdenville this Friday starting at 7 p.m.

The Wolverines operate out of the spread on offense and are very multiple on defense with their sets and schemes, Bolles said.

The key for a Bulldog victory is pretty simple. Bolles said the offense needs to keep getting better and the line needs to play hard and make holes when Lexington is on offense.

Lexington coaches nominated Heath Winterton as the Offensive Player of the Week. Winterton rushed for 33 yards and two touchdowns and passed for 92 yards in Lexington’s victory over Crooked Oak.

Nominated as the Offensive Lineman of the Week was Baron Steelman, who graded out at 83 percent.

The Defensive Lineman of the Week nominee was Conor Wesson, who registered two tackles, one sack and one tackle for a loss last Friday night.

Nominated as the Defensive Player of the Week was Winterton, who made five tackles against Crooked Oak, three for losses and tackled a Ruf-Nex in the end zone for a safety.