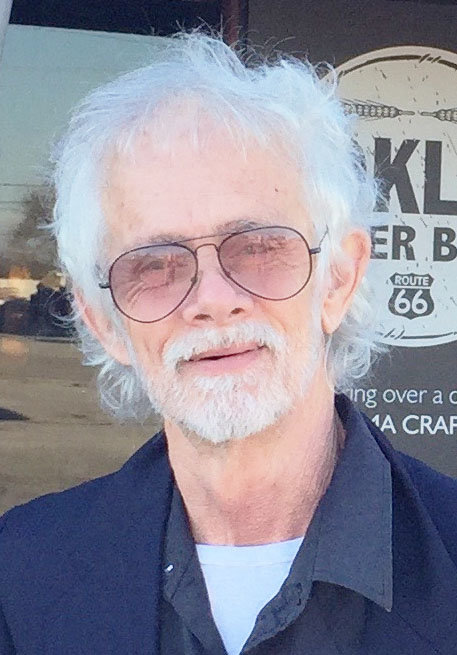 Mr. Perry passed away on April 6, 2022. He was born on September 9, 1951 the older of two sons born to Ross Perry and Joyce Perry (Edwards). He grew up in Purcell and attended school there, graduating with the Dragon’s Class of 1969. He was a lifelong Dragon and loved his home here in Purcell.

He married young to Elizabeth Johnson and they were blessed with two sons, Scott and Chris. David was a barber for over 30 years. During his career he owned Bushwhackers, he was the artistic director of CC Gallo, and was the sole owner of Dave’s Barber Shop before he retired. He could talk to you about anything and make you feel right at home in his chair.

As a young man he was a member of a band called the Soul Benders and loved making music and performing in front of a crowd. Somewhere between gigs and hair appointments, David found the time to earn his Black Belt in Karate, and also taught others in martial arts.

In 1995 David married Martha De Zamacona and they spent just over 25 years together. Later in life David found peace at the beach in Padre where he spent many happy days with Martha and his family at their condo. He courageously lived with Huntington’s Disease and never let it break his stride. His charisma, love of music, and positive attitude brought joy to all who knew and loved him, he will be dearly missed.

David was preceded in death by his parents, Ross and Joyce Perry; his wife, Martha De Zamacona and his brother Steve Perry.

He is survived by his sons, Scott Perry and wife, Taryn, of Harrah, Okla., and Chris Perry of Norman and a host of other family and friends.