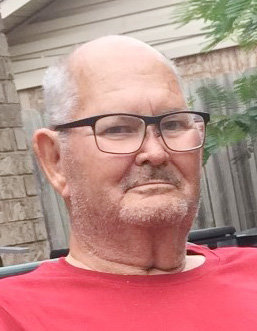 Graveside funeral services for Clowis Rogers, 81, of Purcell were held Wednesday, September 1, 2021 at Hillside Cemetery in Purcell. Services were under the direction of the Wilson-Little Funeral Home in Purcell.

He was born a firework, July 4, 1940 in Hollis, Okla. He was the baby of four children of Jerry and Pearlie Mae Rogers. He was raised in Hollis and attended school there, graduating with the Tigers Class of 1960.

By chance, he met a young lady from Dodson, Texas, named Jan Gulley. He was at a basketball game with his best friend, and she with hers, and the rest as they say is history. They fell in love and were married June 6, 1964 in Dodson. They first made their home in Hollis where they welcomed daughter, Kelli, and son, Tim.

At the time, Clowis began working for the Lone Star Gas Company, and by 1978, he was transferred to Purcell. Clowis’s passion was cars. He loved anything and everything to do with cars. He enjoyed classics, and tinkering on them. He worked for a time at Bob Miller Chevrolet and at Benefiel Ford, and also owned a couple of service stations. He started driving a bus for Purcell Public Schools, and retired as Transportation Director after nearly 30 years of service.

He was wonderful father and grandfather, and his family brought him much joy. He was a man of great faith and longtime member of the 9th & Pierce Church of Christ. He will be dearly missed!

He was preceded in death by his wife, Jan Rogers; parents, Jerry and Pearlie Mae Rogers; sister, Mildred Belew and nephews, Ronnie and Kevin Belew and Gary and Jerry Jones.