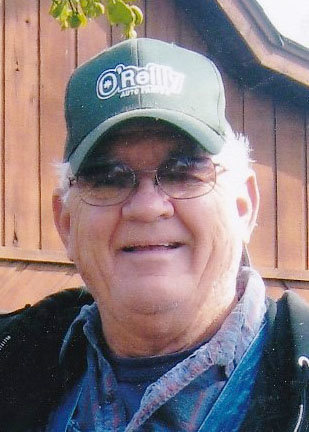 Mr. Croslin passed away unexpectedly at his home on November 7, 2021.

Clifford Croslin was born the youngest of 13, to John Robert Croslin and Nannie Estelle (Hurst) Croslin on October 30, 1938 in their family home near Washington, Okla.

Growing up, Clifford attended several small country schools before becoming a Washington Warrior and graduating with the class of 1957. While in school he was a champion Bull Rider and athlete. After school he began working for a seismograph company, and later John Roberts Ring Co. in Norman.

While dragging main in Purcell he met a girl from Lexington named Barbara Jo Hudson. They fell in love and got married on December 6, 1962 at the Church of Christ in Lexington, Okla. They made their home in Lexington and raised three children.

Clifford was drafted into the United States Army in February of 1962. After basic training he attended MP school at Ft. Carson, Colorado, and Medical Personnel Training at Ft. Sam Houston in San Antonio, Texas. Clifford finished out his time in the service at Ft. Bragg, N.C., as a Medical Corpsman. He then joined the Army Reserves once he returned to Oklahoma.

He always held a bit of a grudge against President Kennedy and the Cuban Missile Crisis for nearly costing him his wedding day late in 1962, but not even a missile crisis could derail true love and God’s plan for Clifford and Barbara’s life together. Once Clifford was discharged from the military he continued working in seismography until he went to work for General Telephone. After several changes in the company, both in name and technology, Clifford retired from Verizon as a cable splicer after nearly 30 years of dedicated service.

He was an avid sports fan and spent countless hours in the stands cheering on his kids, grandkids, grandkids of those close to him, and of course, the Sooners. He also loved watching the Dallas Cowboys, Professional Bull Riding, and collecting guns.

Clifford had a lifelong thirst for knowledge, he and his friends took classes at the Vo-Tech to learn about everything from computers to Spanish. Clifford was a bookworm, and loved westerns, he could go through a book a day. When he wasn’t watching sports he enjoyed hunting, fishing, and going to car shows. You could usually find him twice a day at the Kwick Korner drinking coffee with his friends. His time spent in the Military was very special to him, and he was proud to serve as the Chaplain for American Legion Post 301. Clifford was a beloved Husband, Dad, grandpa, great-grandpa, and uncle who will be dearly missed. He was a great friend to all who knew him.

He is survived by his wife, Barbara Jo Croslin of the home; his sons, John Croslin and wife, Susie, of Purcell and Matt Croslin and wife, Patsy, of Newcastle; his daughter, Jennifer Croslin of Lexington and his shirt tail daughter, Tonya Woody, also of Lexington. He also leaves behind nine grandchildren; seven great-grandchildren, and a host of nieces, nephews, and cousins.