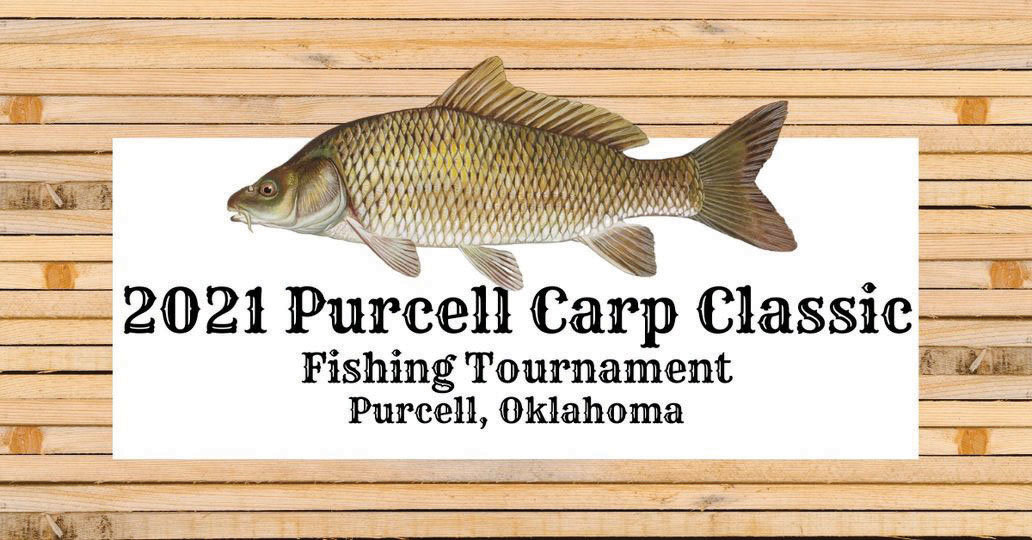 This is a carp, the target of an August 7 fishing tournament at Purcell Lake.
Posted Thursday, July 29, 2021 9:00 am
Carp Classic schedule

Entry fee is $10 per person

Carp, noun: 1) a deep-bodied freshwater fish, typically with barbels around the mouth; 2)  a peevish complaint.

Is it possible to carp about not catching enough carp during a carp fishing tournament?

The answer will be found August 7 at Purcell Lake.

Anglers will surround the lake that day with a single purpose in mind – hooking and landing as many carp as possible from the water between the hours of 8 a.m. and 3 p.m.

Registration for the Purcell Carp Classic 2021 is ongoing and will close at 10 a.m. the day of the tournament. Entry fee is $10 per person. The tournament is open to anyone 10 years and older.

The Carp Classic is a joint effort by the City of Purcell, Oklahoma Department of Wildlife Conservation and local fishing enthusiasts.

John Blue, director of the city’s Parks & Recreation Department, said anglers may opt to compete in one of two divisions – rod and reel or fly fishing.

Entrants are required to have a current state fishing license, he added.

Only carp can be taken from the lake during the tournament. Any other fish caught must be immediately released unharmed back into the lake.

Blue explained removing carp from the lake is part of a plan to restore habitat for more desirable fish like large mouth bass, channel catfish, crappie and sunfish.

Tournament proceeds will go toward future conservation efforts at the lake, Blue said

More than $1,000 in prizes will be awarded. Sponsors are Kekoa Outdoors, Creek Adventures, Oklahoma Fly Fishing and the ODWC.

Additional sponsorships are available. Those are $100 each.

Division winners will be determined by the number of carp harvested. In the event of a tie, overall length of carp will determine the winner.

Blue said the city is working with ODWC to improve fisheries at the lake.

ODWC conducts electroshock surveys of the lake’s fish population “a couple times per year” and reports on the lake’s overall status every five years.

Recent surveys have shown other fish numbers are down overall.

Carp are difficult to survey due to their “very skittish” nature.

“They flee from the boat,” Blue explained.

Still, reducing their numbers in the lake and restoring habitat will give other fish a better opportunity to thrive and reproduce.

Blue said the last time the ODWC restocked the lake was 2017.

The first Carp Classic here was 2018. It was organized by the Parks & Recreation Department, along with Project Healing Waters Oklahoma City and Donavan Clary with Oklahoma Fly Fishing.

Blue acknowledged the lowly carp is a fighter and has gained fans even among sport fishermen.

So to answer that question, there’s really no reason to carp about carp while catching carp.