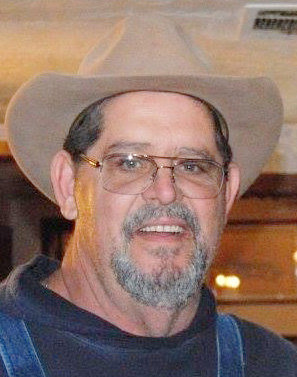 Charles DeWayne Willis was born September 16, 1953 in Council Bluffs, Iowa, the younger of two children born to Charles Livingston Willis and Ida Margaret (Smith) Willis. He was raised in Council Bluffs and attended school there. By age 16, the Willis family settled in Oklahoma near Afton.

Chuck started working for the Santa Fe Railroad, and this would lead him to Noble. By chance, while at the Del Rancho in Norman, he met a young lady named Charlotte Jean Allison. They were quick to become friends and eventually more, and on October 10, 1978, Chuck and Charlotte were married in Gainsville, Texas. They made their home in Washington where together they raised daughter Kari and son Jarod.

Chuck worked for the railroad for more than 40 years, retiring from Burlington Northern Santa Fe in 2014. When he wasn’t working, Chuck was probably project welding or playing with his plasma cutter. He enjoyed leather work, and shared his many talents with his family and friends. Chuck had a great sense of humor and had a way of making people laugh with life’s lessons and stories.

He was a man of great faith, a dedicated Shriner, a Freemason and member of the Washington Lodge 406. He cherished Charlotte, his kids and he was never happier than the day he became a PaPa to Hunter, Brody, Luke, Bo and Kellie. They were his pride and joy. He will be dearly missed!

He was preceded in death by his parents, Charlie and Ida Willis and four 1/2 sisters, Betty Osborne, Dean Butcher, Ruby King and Margie Kirkpatrick.

In lieu of flowers the family request donations may be made to the Washington Masonic Lodge 406 in his name.