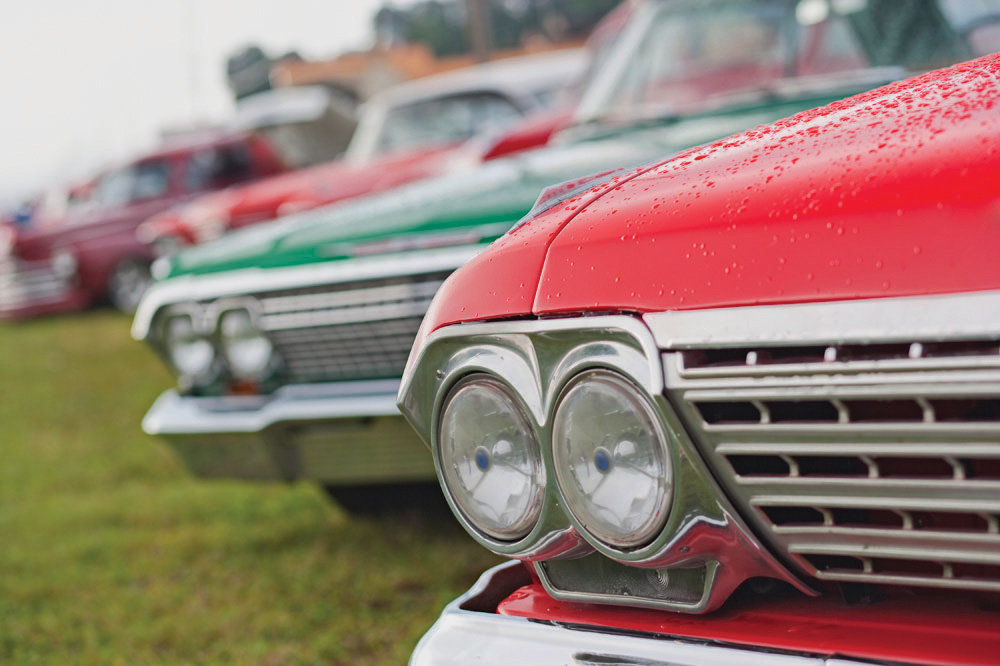 More than 40 vehicles of every description showed up for the car show at the city’s Independence Day celebration on July 2.

There were plenty of bragging rights to go around, but the real winner of the event was McClain County Operation Christmas.

B.J. Mason organized the show to raise funds for the annual Christmas charity.

Entry fees were donated to Operation Christmas and several spectators sweetened that by dropping cash into a donation jar.

“It definitely gives us a good start for this year,” she said. “We’re just tickled pink.”

Christian added the car show was a good draw until the skies opened up with more heavy rain.

But once the storm passed, the spectators returned to gaze at the array of vehicles.

“There were a lot of neat, neat cars,” she said.