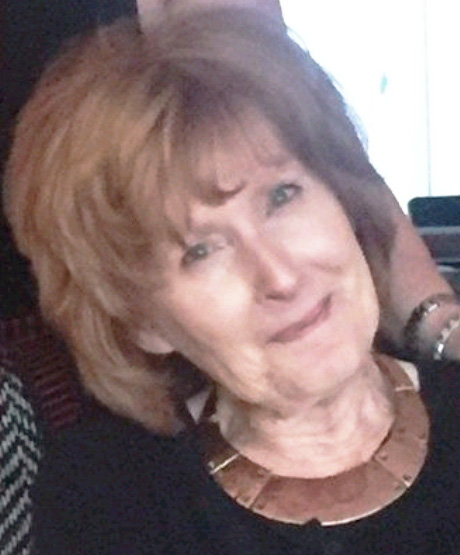 Graveside services for Camilla Raye Whitely, 91, were held Tuesday, September 20, 2022 at the Washington Cemetery under the direction of the Wilson-Little Funeral Home in Purcell.

Mrs. Whitely was born in Criner, Okla., to WS Smith and Mila Kerbo Smith on September 14, 1931. She attended school in Criner, Oklahoma, until eighth grade and then on to finish high dchool in Dibble, Okla. By age 10 she would accompany her father playing piano for singing conventions and funerals when she was needed.

Her parents fostered her natural musical talent by working and saving their hard to come by money in order to pay for her and her sister’s music lessons by sending them to the Stamps Quartet Music Company in Dallas, Texas. Raye never enjoyed reading music but naturally had a gift for playing by ear. As a young teen she was introduced to Earl and Lillie Fern Weatherford who were impressed by her talent. At age 16 she began touring with their group, The Weatherfords, that summer and in 1948 that job became full time. Raye soon married the group’s lead singer, Les Roberson.

Raye traveled and lived in several states touring with the group during the height of the southern gospel music scene playing weekly for a time on WOWO Radio in Ft. Wayne, Indiana. Some of Raye’s fondest memories were living and working with The Weatherfords as they lived in Los Angeles, and seeing Elvis backstage at an all-night singing in Tennessee.

She also recalled seeing so much racial injustice while touring the deep south states at the time and the deep impressions it made on her that she could not sit with many people of color in restaurants she had earlier shared a stage with. Later in life she loved seeing old friends and and colleagues on the “Gospel Singing Jubilee” or on the “Gaither Homecoming” series and would reminisce about the time they had shared together.

Raye and Les had three children before she returned to Norman, Okla., and along with the help of her family, she began attending beauty school as a now single mother. Raye or “Robie” as she was known had a natural talent for hair styling, and hair color as well.

She later met and married Raymond Whitely and the two settled in Washington, Oklahoma, where they were able to find a home with a small hair salon attached. “The Hairport” was a popular weekly destination and gathering place for many of Raye’s clients in McClain County.

Raye and Raymond soon had a son and Raye was pleased to be able to work at home while raising her children each day. The words “Wash Your Hands!” were always heard when her kids would come through the door after school. When hair lengths changed in the 70s many of the young men in Washington would come to her shop because she would cut their hair like they wanted which was not too short. Many people would remark that no one could do a shampoo and set like Raye.

Later she and Raymond sold their house and moved to New Bern, NC. and she started doing hair in the New Bern area and was happy to be doing what she loved but not running the show. They later moved back to Purcell, Okla., and then on to Betsy Lane, Ky., so that Raymond could care for his mother. Later they would move to Hemet, Calif., allowing them to be closer to their son, Randy.

After Raymond’s death Raye remained in their home and late in her life started playing the piano again for the Valle Vista Baptist Church in Valle Vista, Calif. She enjoyed working on her own arrangements of gospel favorites often surprising her church family with her skill and talent. Raye spoke often with her children and siblings who were back in Oklahoma and would enjoy many long visits with her son in Los Angeles and then in Palm Springs, Calif. Having lived in Los Angeles in the 50s she was surprised and pleased how many things were still there that she remembered and always loved going out for an evening meal at the places she loved the most.

She never missed the “Young And The Restless”and watched QVC almost religiously to keep up with the latest beauty and fashion trends until her health declined this summer. Raye proudly danced to her own drum and we all know she wouldn’t have had it any other way. She will always be remembered for her laugh and her smile which she shared daily with her friends and loved ones.

Raye is preceded in death by her parents, WS and Mila Smith; her husband, Raymond Whitely and son, Bill Roberson.