Lexington will host Lindsay on January 3 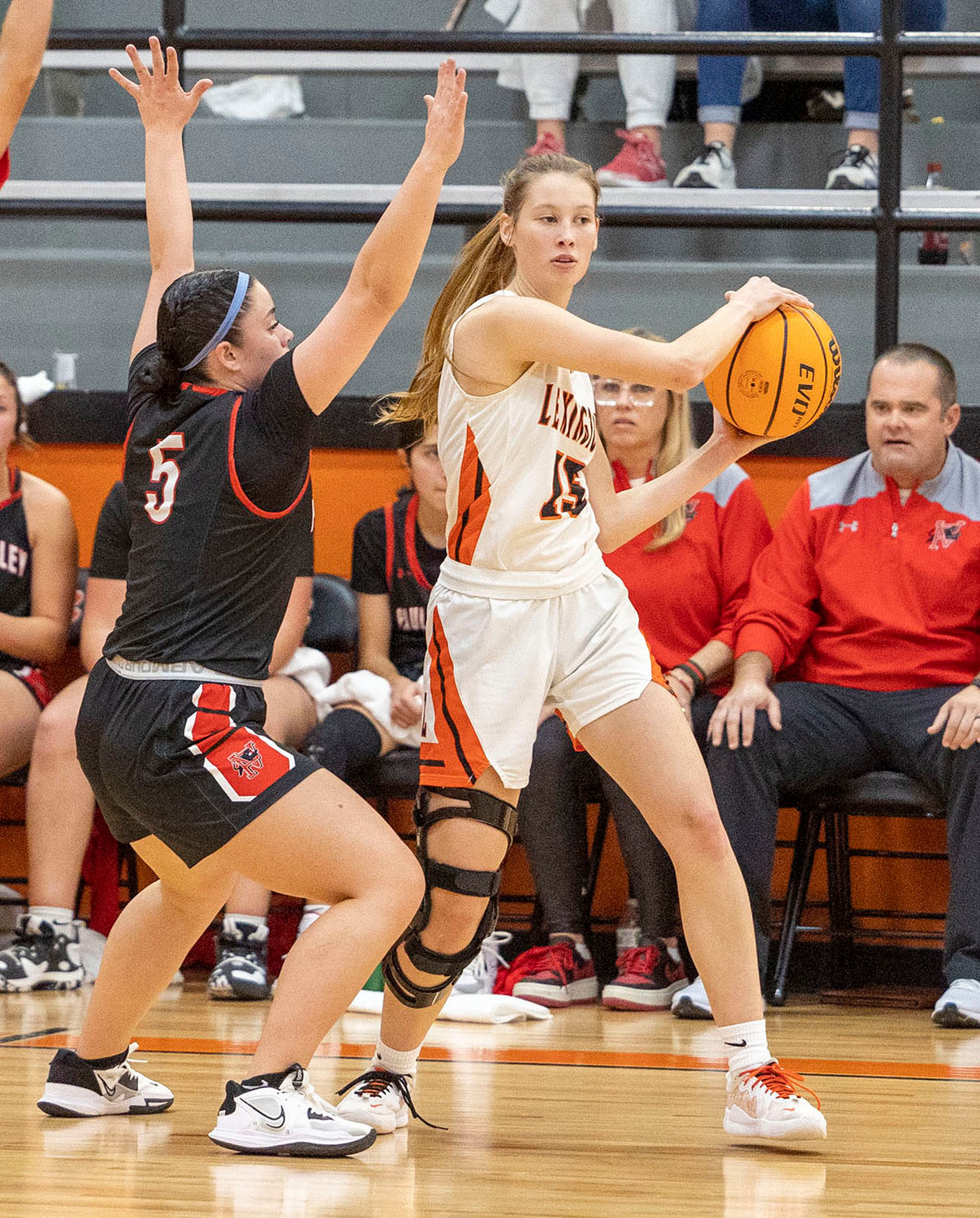 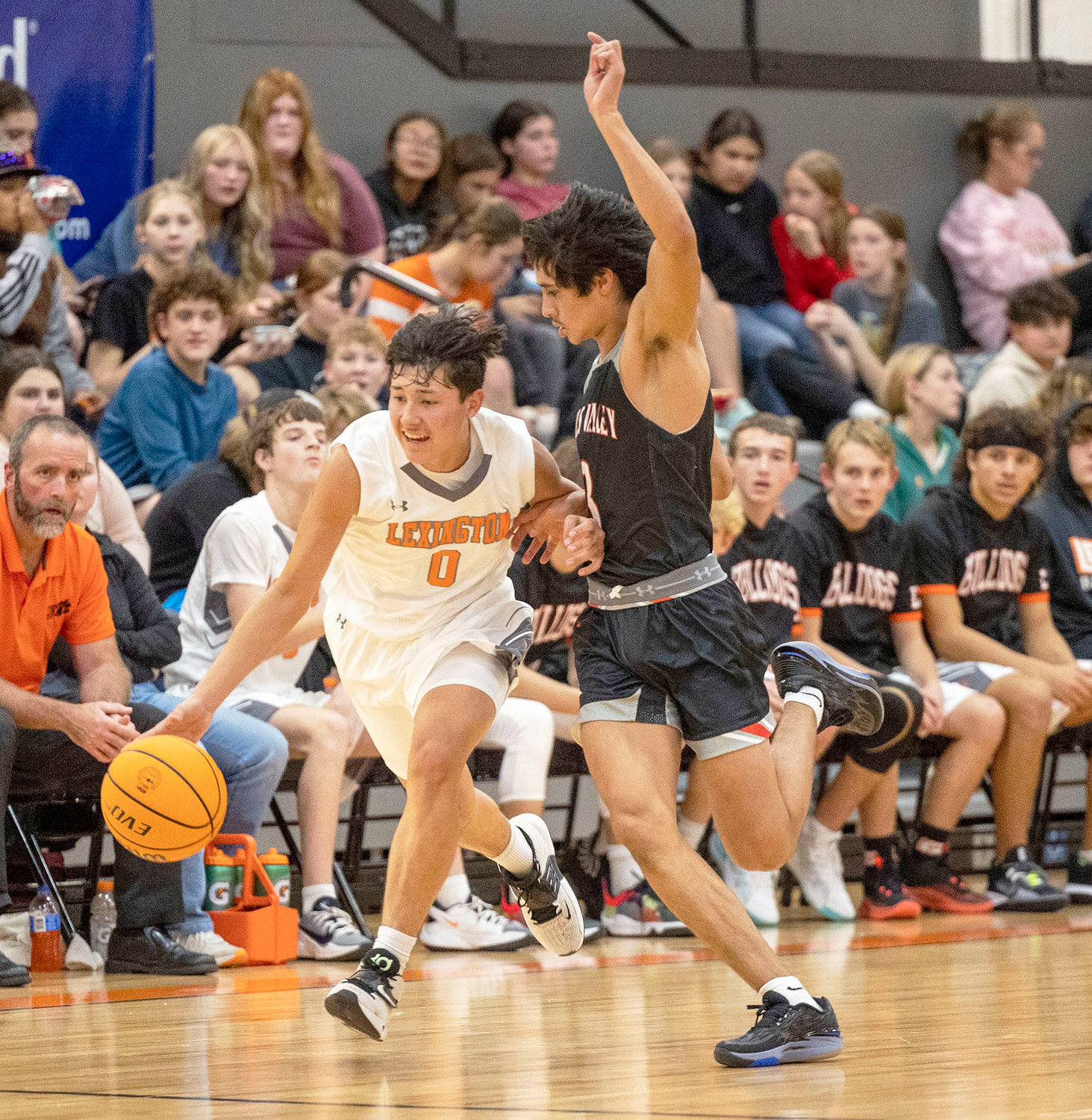 The Lexington Lady Bulldogs were in Wynnewood for the Savage Invitational. They kicked off the tournament with a 69-22 win over Crooked Oak. They dropped their second game, 60-46, to Lone Grove. Their final game was a 56-49 win over Wynnewood.

Scoring was hot from the tip with the Lady ‘Dawgs notching 29 first-quarter points to Crooked Oak’s two.

Lexington added 23 more in the second and held a 52-10 halftime lead.

They cruised to a 69-22 win behind Maddie Manuel’s 16 points. Ten girls scored in the win including Addi Lippel with 12 and Natalie Dicksion with 10.

The Lady ‘Dawgs started slow in the their loss to Lone Grove.

Rylee Beason had Lexington’s five points in the first quarter.

More girls got going in the second as Lexington outscored Lone Grove and narrowed the gap. The Lady Longhorns were up 26-23 at the break. Beason and Hardy had two threes each.

The third quarter was more of the same but it’s the fourth quarter when Lone Grove opened up and pulled away for the win.

Beason led Lexington with 13 points while Lippel was also in double figures with 11.

In their final game of the tournament, Lexington faced host Wynnewood and won a 56-49 contest.

Lippel was the lone Lady ‘Dawgs in double figures with 14. Beason and Abby Sample each added nine.

Last Tuesday Lexington was in Washington where they dropped a district game, 76-24.

Scoring was scarce as Washington’s defense was stifling. Lexington’s only points in the final stanza was off of free throws.

The Lady Bulldogs are back on the court on January 3 hosting Lindsay.

Coach Tyler Thetford’s Bulldogs were 1-2 in Wynnewood over the weekend. They dropped their first contest with Santa Fe South, 58-40, but beat Marietta 60-52 in their second game.

A close 49-43 loss to Lindsay ended their tournament.

Scoring was slow in the first two quarters for the Bulldogs.

Senior Ezra Faulkenberry hit a three in the first quarter, but the Saints outscored Lexington 15-7 after the first stanza.

The Bulldogs’ defense tightened in the second and only gave up seven points. Lexington was down 22-15 at the break.

Two guys for Santa Fe South went off in the second half as the Saints scored 18 points in each of the final two quarters.

“We didn’t match up very well with them. Their big guy was athletic and had his way in the middle. We gave them too many open looks,” Thetford said.

Lexington couldn’t keep up and dropped the game.

Zeke Faulkenberry (18) and Mixon (15) were each in double figures for Lexington in the 60-52 win over Marietta.

Zeke and Mixon each scored nine points in the third quarter to pull away from the Indians.

Marietta outscored Lexington by two in the final stanza, but it wasn’t enough to get the win.

“Marietta took the lead late in the game and I’m proud of my guys for standing up and taking the lead back and holding on for the win,” Thetford said.

The Bulldogs were 7-10 at the charity stripe.

The final game of the Wynnewood Invitational was a matchup with Lindsay.

Scoring was tight as the two teams were knotted at 18-all at halftime.

Second-half scoring put Lindsay in front thanks to 23 points in the fourth quarter.

Lexington had 25 points in the second half.

The Faulkenberry brothers led the Bulldogs in the loss. Ezra led with 14 while Zeke had 12. Drew Dierking was also in double figures with 10.

Last Tuesday, Lexington fell victim to the turnover bug and dropped a game with Washington, 87-31.

“We had 31 turnovers so I hope that they guys learned to relax under pressure after that game. They can’t buckle under presure; they need to play their game.”

Lexington hosts Lindsay on January 3rd in the first game after the break.