Bolles likes grit of his players

Lex travels to Purcell in Battle for the Bridge Friday 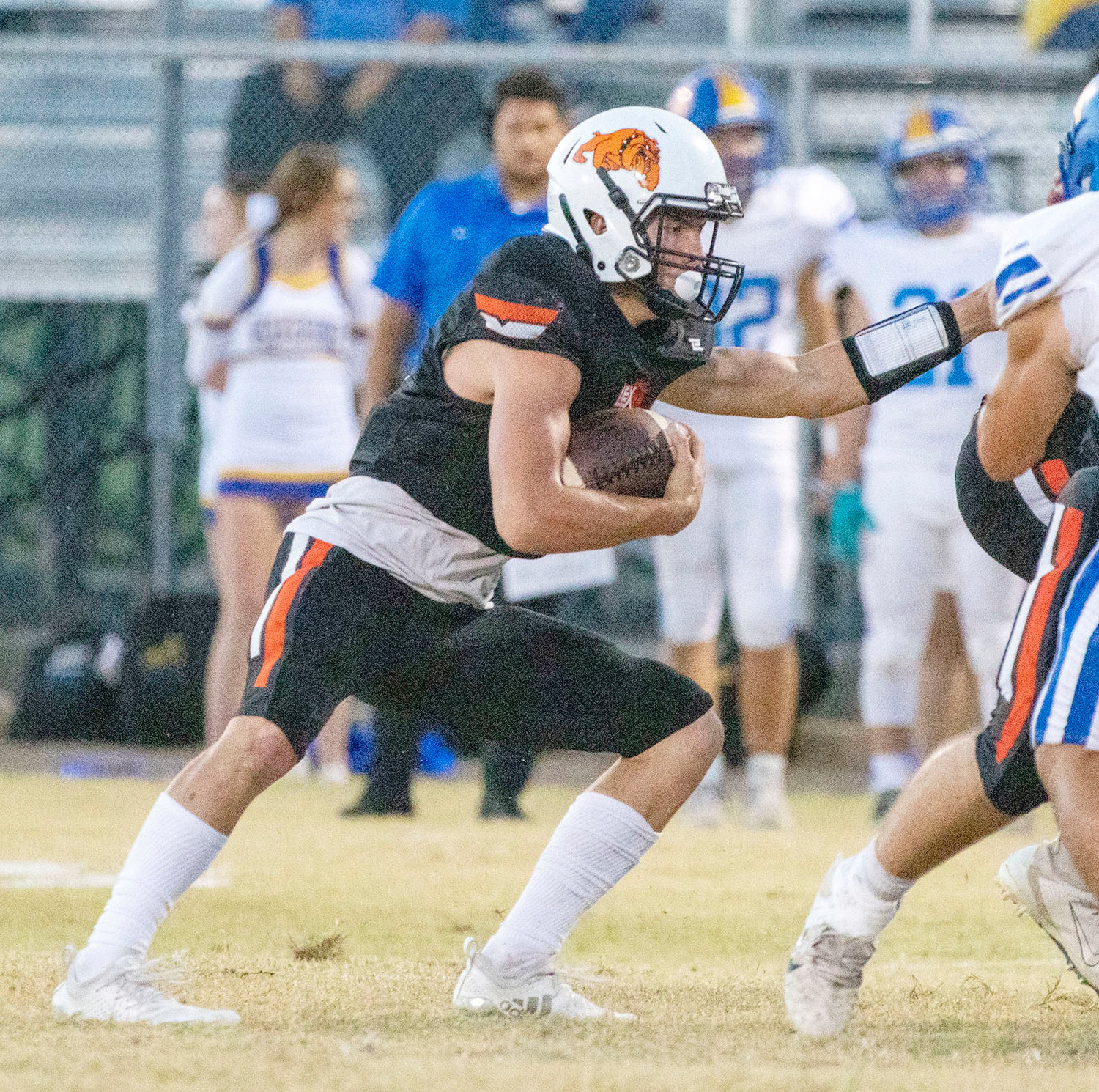 Lexington senior Heath Winterton works his way through the offensive. Winterton and the Bulldogs will be at Conger Field Friday night taking on the Dragons for the Battle for the Bridge.
Greg Gaston - double g images
Posted Thursday, October 28, 2021 9:00 am

We’ve got some young kids that are gaining experience with every play.”
Keith Bolles, Lexington head coach
John D. Montgomery

Bolles said he is proud of his players that have a never quit mentality and pointed to the defensive play of several Bulldogs.

Pyle led the tackling chart with nine stops. He also had one tackle for a loss.

Jimmy Northrup finished with eight. Johnson had five tackles, including one for a loss. Winterton had four tackles and LaGace one.

“I thought we did some good things (on defense),” the coach continued. “Our offense put our defense in some tough situations.”

“I’m proud our guys never quit,” Bolles said. “We’ve got some young kids that are gaining experience with every play. And our older guys are being really helpful to them.”

Chandler Soto drew words of praise from Bolles for his efforts in the offensive line.

“Chandler Soto jumped in and played center for us. He hurt his ankle but just got taped up and went back in,” the coach said. “He and Conor Wesson helped our young offensive linemen.”

Up next for the Bulldogs is a trip to Purcell to face the Dragons at 7 p.m. Friday night at Conger Field.

“Coach (Tracy) Scott has them going in a good way,” Bolles said. “They are playing well. Their quarterback makes good reads and throws the deep ball well.

“They have found what they want offensively and in their 3-4 defense. Coach Scott always has been a good defensive coach.”

Bolles said a key for the Bulldogs in the game will be if they can block Purcell’s three down linemen on defense and get to their linebackers.