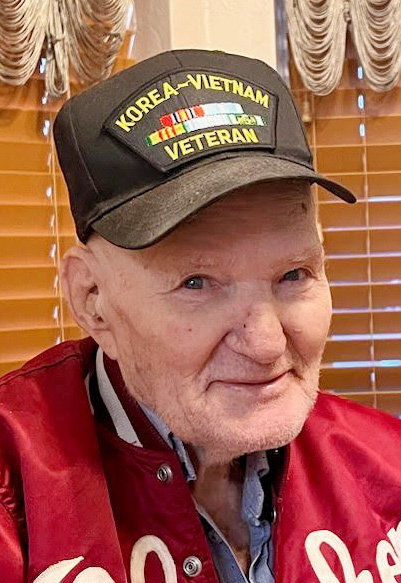 Billy joined the military and proudly served in the United States Army for 23 years, retiring as a Sergeant 1st class E7. After his time in the military, Billy went to work in construction as a union laborer and helped build numerous structures including an add-on to  Owen Field, the Lloyd Noble Center, Joseph Harp Correctional Facility and General Motors. He then worked for General Motors for 17 years until he retired.

When Billy wasn’t working, he enjoyed being outdoors, fishing, hunting pheasant and deer, and camping. He also loved RVing, metal detecting, and searching for arrowheads. Billy often cooked for his family and friends. They all looked forward to his famous banana pudding and fresh baked rolls.

Billy was a beloved husband, father, grandfather, and patriot who will be dearly missed.

Billy leaves behind his wife of 65 years, Vera Mae Faught of the home; his children, Billy Faught Jr. and wife, Lynda, of Neodesha, Kansas, EL Wayne Faught of Burleson, Texas, Isaac Faught of Wayne, Oklahoma, Debbie Pruitt and husband, Howard, of Purcell, Oklahoma, Lesia Shackleford and husband, Bud, of Eufaula, Oklahoma, Becha Clayborn of Lexington, Oklahoma and hosted a foreign exchange student daughter, Evita Kosasih of Indonesia. He is also survived by 21grandchildren and 21 great-grandchildren with two more on the way.