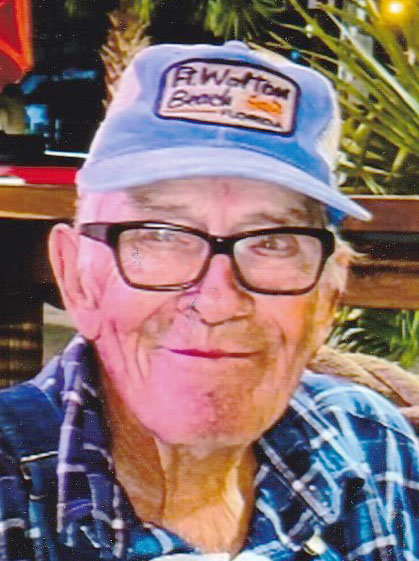 Funeral services for Bill Tyler, 81, of Washington were held Saturday, September 10, 2022 at Goldsby Church. Interment followed at Hillside Cemetery in Purcell under the direction of the Wilson-Little Funeral Home in Purcell.

Charles William Richard Tyler was born November 17, 1940, in rural McClain County, the second of four children born to Elmer Richard Tyler and Nona Evelyn (Price) Tyler. He was raised near Purcell and attended school in Wayne, graduating with the Bulldog Class of 1959.

After high school Bill started his family that included son Darrell, and daughters, JoAnn and Cindy.  By age 18, Bill was working in construction.  He was master carpenter and his skill served him well for more than 54 years. He also worked for Moore Public Schools in the Carpentry Department, retiring for good in 2009.

While at Moore, he met Jan Young. They hit it off immediately, and he welcomed Jan and her children into his heart. When he wasn’t working, Bill was probably tending to his garden, and he never missed an opportunity to go fishing. He was a family man first; he cherished Jan, his children and especially his grandchildren, and he made a point to be at every activity and ball game that he could.

Bill was a man of great faith and loved his Goldsby Church family. He was a wonderful husband, father, grandfather, brother, uncle and a true friend. He will be dearly missed!

He was preceded in death by his grandson, Thomas Matthew Ross; his parents, Elmer and Nona Tyler and his sister, Nona Mae Cheatwood.

Bill is survived by his wife, Jan; children, Darrell Tyler and wife, Mary, of Purcell, Jo Ann James and husband, Mark, of Oklahoma City, Cindy Lester of Purcell, Kelly Young and wife, Cory, of Washington and Lorrita Hendrix of Washington; sister, Manza Bugher and husband, Delany, of Monroe, Ark.; brother Ronald Tyler and wife, Reba, of Harlingen, Texas; eight grandchildren; 11 great-grandchildren and a host of other family and friends.