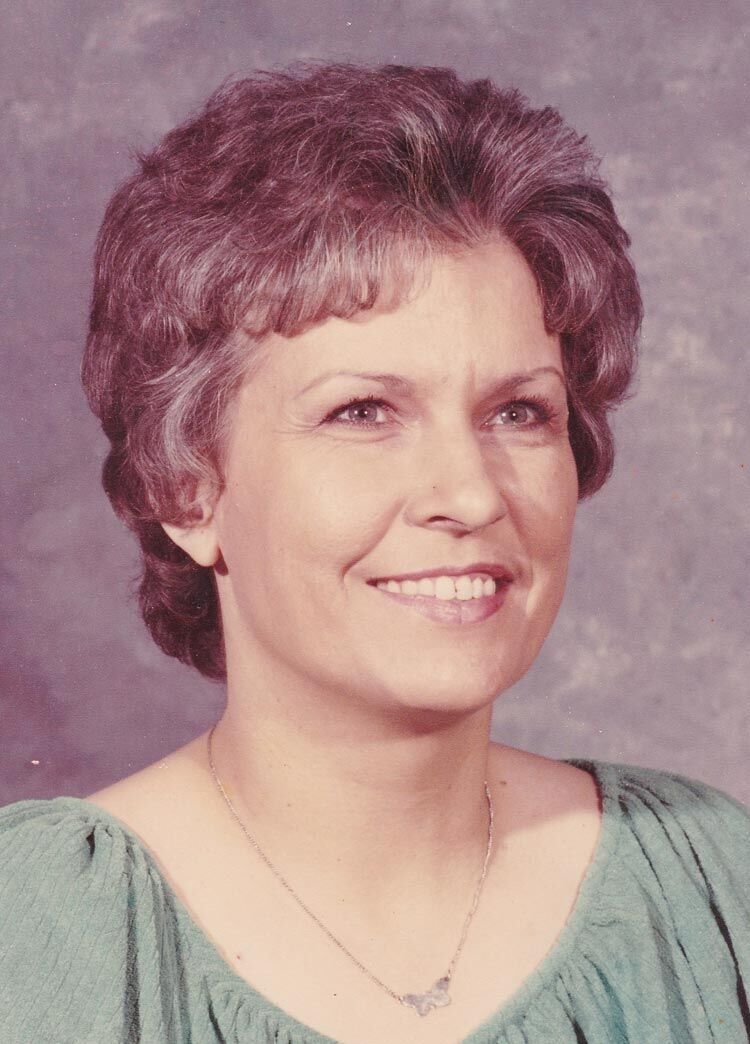 Graveside Services for Bertha Henry, 77, of Washington were held Monday, November 16, 2020 at the Washington Cemetery. Services were under the direction of the Wilson-Little Funeral Home in Purcell.

Bertha Faye Andrews was born October 22, 1943 in Washington, the sixth of 16 children born to Glen David Andrews and Vernie Gencie (Madden) Andrews. As a young lady, Bertha faced many challenges managing life with a hearing disability, never once using it as an excuse. Growing up on the family farm, she learned at a very young age the value of hard work.

Bertha married her best friend and life partner, James Harold Henry, on May 28, 1966 in Pauls Valley. They made their home in Purcell where together they raised three children, daughter, Phyllis and sons, Dennis and Lee Roy. Family meant everything to Bertha.

She truly believed in family helping family and she looked for ways that she could help. She looked forward to family get togethers, and enjoyed spending family time. Bertha worked tirelessly as a homemaker, caring and providing for James and her kids, was never happier than the day she became a grandmother.

She was a strong woman and passed down longstanding, established family traditions to her children and grandchildren. She was an excellent cook and will be forever remembered for her fried chicken, chicken dressing and lasagna. Bertha was a wonderful mother and grandmother, sister, aunt and friend. She will be dearly missed!