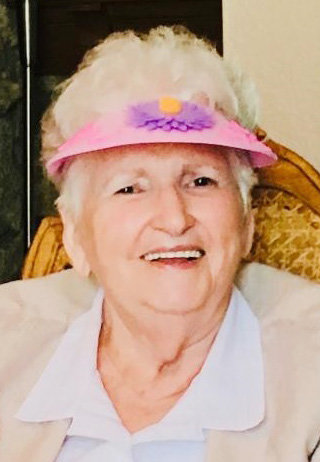 Barbara Ann Johnston went to be with the Lord March 23, 2022, in Norman, Oklahoma at the age of 88 years 7 months 9 days. Family services were held Wednesday, March 30, 2022 at Wadley’s Funeral Chapel. Interment followed at Hillside Cemetery, entrusted to the care of Wadley’s Funeral Service. Online condolences may be made at www.wadleysfuneralservice.com.

Barbara was born August 14, 1933 in Norman, Oklahoma, to L.R and Nora (Easter) Mace. She was raised and attended school in Purcell. At an early age, Barbara accepted Jesus as her Lord and Savior and followed Him her entire life. Growing up, she helped at Mace’s Department Store, the family owned and operated business on Main Street in Purcell.

On November 18, 1949, Barbara married Charles Thedford Johnston in Purcell. She worked as a beautician for many years.

Barbara loved reading, working puzzles, watching movies, traveling, art, ceramics and pottery. She was a member of Union Hill Baptist Church for years where she attended and taught Sunday school, before moving to Norman. Barbara then became a member of Trinity Baptist Church in Norman and enjoyed attending service with her family.