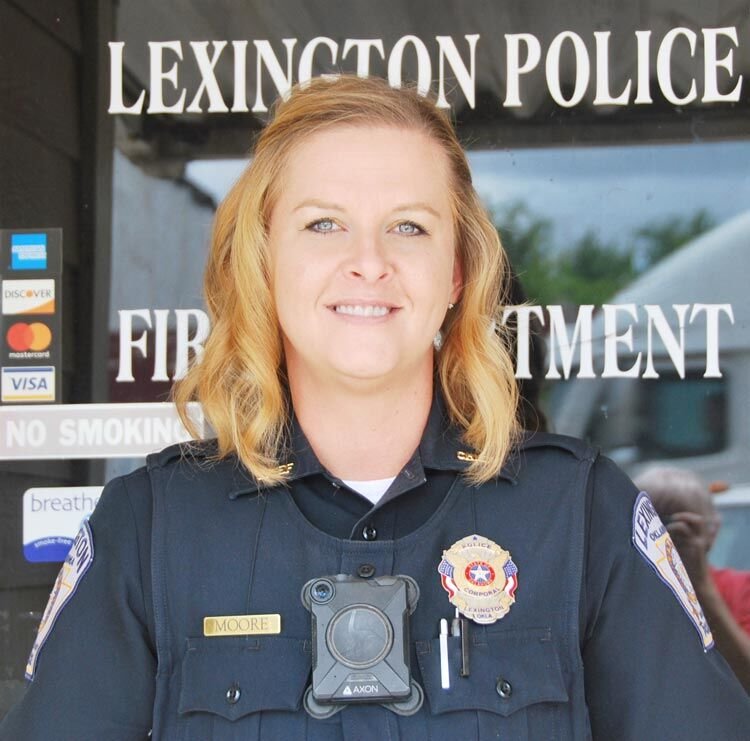 Michelle Moore assumed the duties of police chief at Lexington July 1. The Army veteran joined the department as a dispatcher in 2013.

Including Moore, the department has seven officers.

Moore’s career path in the department, like Allen’s, began by signing on as a dispatcher.

She graduated from Purcell High School in 2003 and enlisted in the Army.

The Army assigned Moore to a security detachment. She served two tours in Iraq and her last duty station was Ft. Carson, Colo.

Her time in the Army whetted Moore’s interest in law enforcement.

In 2013, she returned to Oklahoma and applied to the Lexington Police Department.

There were no openings for an officer, but the department did need a dispatcher.

She dispatched until 2015 when a patrol slot opened and Moore was selected to fill it.

Now three weeks into leading the department, Moore said everything is “going good.”

Moore, 34, is single, but her roots in the area are strong.

Her family still lives across the river in Purcell.