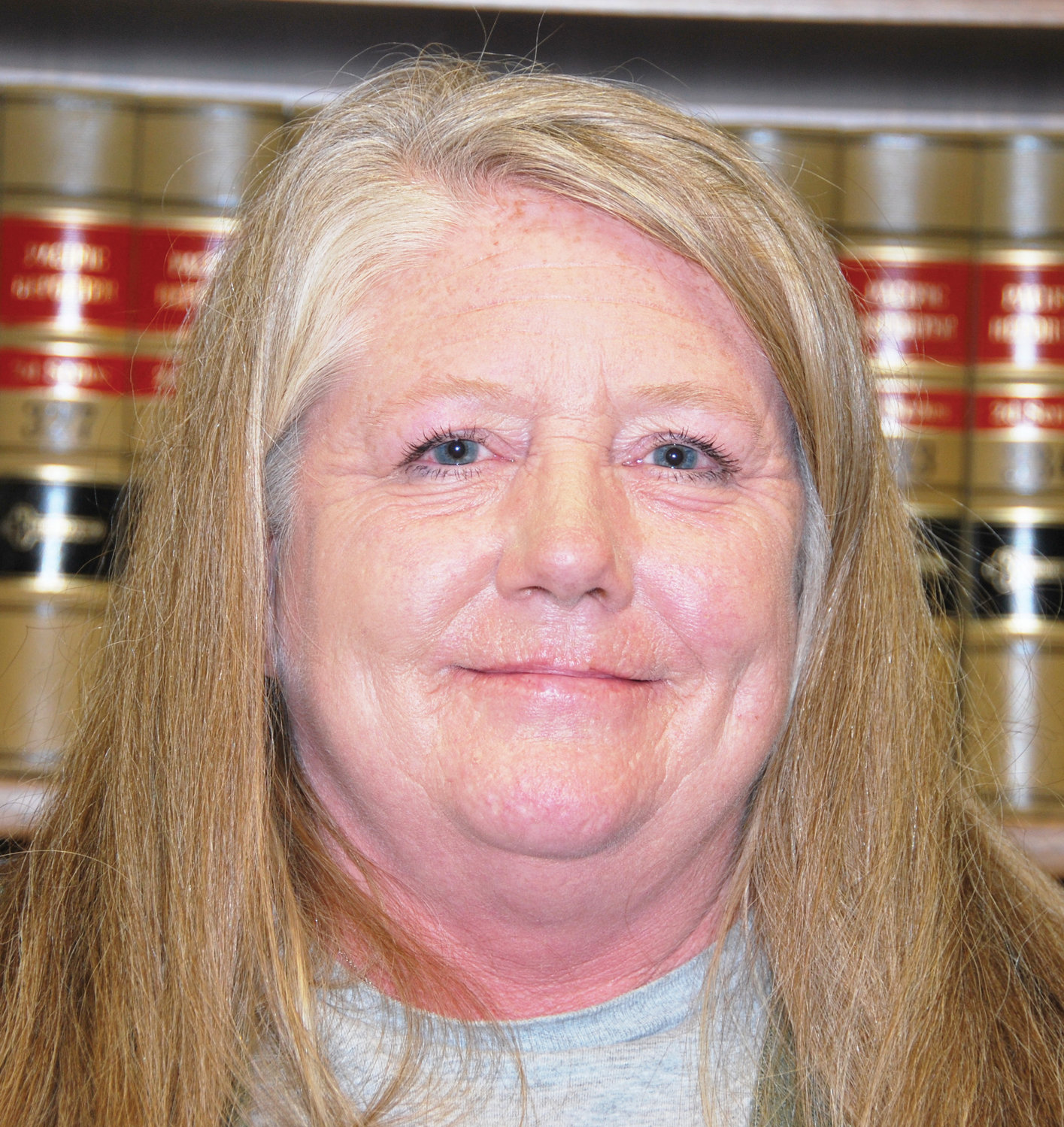 When Kristel Gray says the courthouse is her second home, she isn’t stretching the truth very far.

When she was growing up in Purcell her mother, Joyce Mosely, was the District Court Clerk from 1955 serving in that capacity until 1995.

So Kristel was at the court clerk’s office a lot.

The 1988 Purcell High School graduate went to work for Associate District Judge Noah Ewing as his bailiff in December of 1989 at the ripe old age of 19.

Two of her years in high school included training at the Technology Center in business and office.

She worked in that capacity until Dec. 31, 1996 when she went to work as a deputy to Court Clerk Lynda Baker who succeeded her mother in that position.

Gray worked for Baker until she took over as the District Court Clerk. She was sworn in as Court Clerk April 1, 2016.

“I have been here my entire life,” she said.

Gray explained how her mother ran against the incumbent Tam Autry and defeated him for the office.

The most trying part of her job is during jury terms, Gray admitted.

“No one wants to be here for jury duty,” she said.

Normally for a jury term Gray requests about 300 people to comprise the jury pool but this upcoming term that begins February 13 she has sent out 500 calls for jury duty.

With the large amount of people the court has moved the first days of the jury trial to the Community Room of the McClain County Community Center.

“That’s where we start with the big groups of jurors,” she said. “We are calling additional jurors due to the fact there are some murder cases going on.”

Gray said the most gratifying part of her job is being able to help people and guide them in what they need to do in certain situations and tell them what resources are available.

When she’s not on the Second Floor of 121 North Second Street in Purcell she likes to be outdoors working in her garden, playing with her five chickens or grilling for her kids.

Gray lives across the street from where she grew up and is married to Mike Oliver, a 1987 PHS graduate who worked as a mechanic on B52 airplanes for years. Now he works at Tinker Air Force Base and is a Reserve Deputy for McClain County.

Between them they have four children.

Gray is one of a total of eight employees at the Court Clerk’s office.

“Four of us have been here a long time and the rest are fairly new,” reports Gray.

The training for a newbie in the Court Clerk’s office?

“It’s hands-on,” Gray said. “There’s really no other way to learn it. You can tell them all day long but until they do it, it’s not going to sink in.”

Last week was a very hectic week for the entire staff with pre-trials held for the jury term.

“Judge (Leah) Edwards is trying to keep the jail cleaned out a little bit. COVID stopped that for a little bit.”

During the height of the COVID Pandemic Gray had two teams that took turns working in the building.

“I figured if one group got it the other group could keep the office going. It was quite an experience. It was wild.”

She explained how attorneys and others using her office would have to leave their paperwork down stairs in boxes and her staff would go down, pick it up and take care of it before taking it back downstairs for the rightful owner.

She’s been coming to work at the McClain County Courthouse since 1989, a total of nearly 34 years and counting.

It really is her second home.