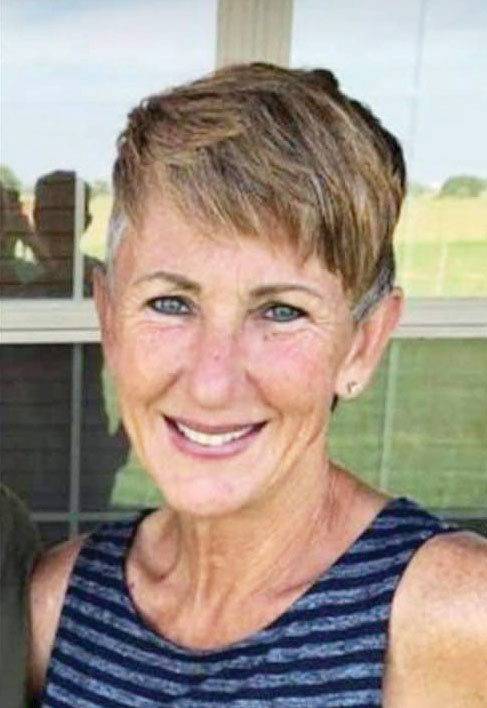 Robin Frankenberg’s life has been one of twists and turns – so many that she can talk about her five different lives.

She was born in southern Michigan where she grew up with ponies in the backyard.

Her father, a Teamster ironworker, had a sideline business of selling kid-broke ponies. On Saturdays, he would go to a sale barn, picking up a few skinny ponies.

At home he would feed them well. Robin would ride them and when they were in good condition and rideable, back to the sale barn they would go.

“He’d throw me on them at the sale barn to show they were ‘kid broke,’” Robin said.

Those ended when he became one of the original ‘59ers – people who moved to the new state of Alaska to take advantage of that state’s homestead act.

Over the following years, the Alaskan homestead never materialized and the family made several moves back to Michigan and then back to Alaska.

“Anytime we were in Michigan, there was always a pony or two,” she said.

There were frequent school changes – changes that instilled independence in a young Robin.

When she was 16, she was homesick and drove solo from Alaska to Michigan. The trip was 3,200 miles one-way and she made it alone at least three times.

She dated a high school classmate in Michigan for three years and then married him. When the economy went south in Michigan, she took her husband to Alaska. In time they moved to a farm in the northwest Ohio/southern Michigan area. It wasn’t far from a man who raised Appaloosas. She broke some horses for him and also boarded some Standardbred horses during the off-season at a nearby track.

They had two children – a son, Clayton, and a daughter, Adriane – but the marriage ended in 10 years. She took the children and moved to Montana, where she had a couple horses. She barrel raced and did some team penning and saw to it the kids learned to ride.

Under a shared custody agreement, the children lived with her ex-husband during the school year and spent summers in Montana.

That lasted until Clayton was 13 and her ex sought and gained full custody. Robin had just purchased a home in Montana, a home she could no longer afford. She moved out and relocated to Louisville where she could be close to her children.

A girlfriend was working the backside at Churchill Downs and got Robin a job as a groom in 1998.

Eventually, she worked her way up to exercise rider. An assistant trainer refused to consider her at first, but one day put her on a Thoroughbred. He was amazed at her skill since “everybody tells you they can ride and they can’t,” she said.

She worked for top-ranked trainers, following a circuit from Churchill to Chicago and Hot Springs. She was well paid and enjoyed the work since her workday ended at 10 a.m.

In 2005, she accepted a job offer from Red Earth Training Center near Oklahoma City’s Remington Park.

One night she went to a dancing bar and met Dave Frankenberg. He asked where she lived and both were surprised to learn he lived just three miles away.

“He would drive to work in the morning and see them galloping on the track,” she said.

“When you’re older, you know what you don’t want.” Robin said.

Dave, a Purcell native, had just finished building a home northwest of Purcell when they met. His mother is Pat Frankenberg, a longtime teacher and principal at Purcell High School.

Robin barrel raced competitively and Dave, when his job allowed, was a team roper.

When she first moved to Purcell, Robin worked at Equi-Mart at Ladd Road and I-35.

“It was interesting and kind of fun to work there,” she said.

The store was frequented by a lot of big names in the horse business.

Robin, who will be 64 in July, started breaking horses. These days, however, she halter breaks babies for friends who have barrel horses.

She loved life in the heart of Quarter Horse country and occasionally buys a prospect she likes. She can run barrels at a cheaper fee on exhibition or practice runs at barrel race competitions, letting riders see the horse perform. The horses quickly find new homes.

It is a successful business, but Robin admits she misses the competitive side of barrel racing.

“At my age, I would like to have a 4-year-old horse so I could go and compete with it,” she sighed.

On the family front, Clayton, who trained at a culinary school in Chicago, just moved from Louisville to manage and co-own the restaurant at Winter Creek Golf and Country Club south of Blanchard.

Robin called the move “a blessing for both of us.”

Daughter Adriane is married and still in Louisville. Her husband is a meteorologist for UPS. She had her own business at Churchill Downs at a cold water spa for the race horses.

Today she is a stay-at-home mom for Emmitt, her 5-month-old son and the apple of Robin’s eye.

Robin has a giving heart for any living creature in need – human or animal.

“You just run into people who need help,” she said. “You hear their story.”

As a child, Robin dreamed of one day having a farm.

“God gives you what you hope and dream for, but it’s in HIS time,” she said.