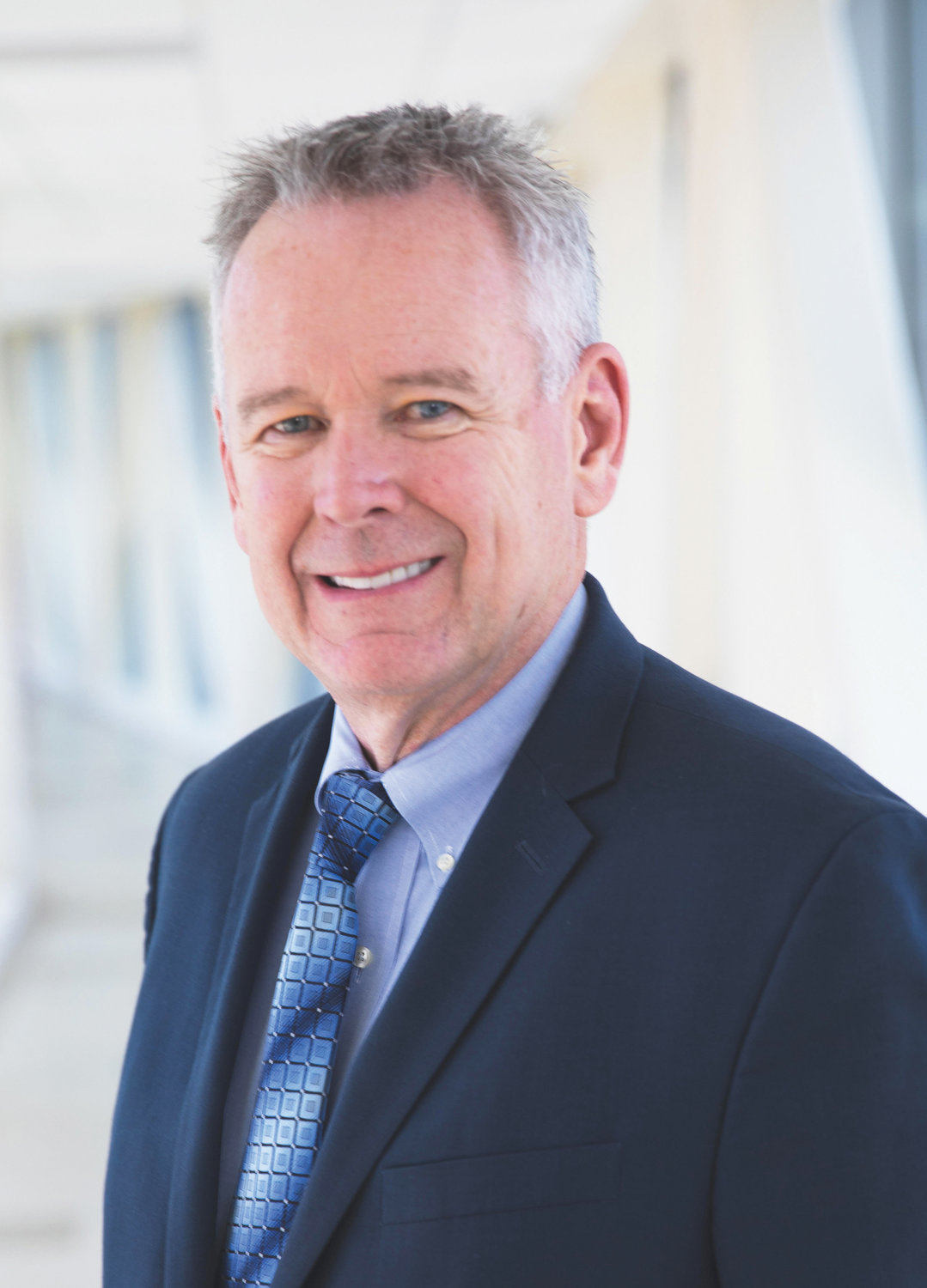 Perhaps it was a God thing that led Chris Wright here.

Since August 16, Chris the administrator has been chief executive officer at Purcell Municipal Hospital. And when the opportunity presents itself, Chris the RN helps care for the hospital’s patients.

“I loved taking care of people,” he said of his high school experience. “And I pursued nursing as my career path.”

He first registered at the University of Oklahoma’s nursing school. But then Texas reduced the tuition rate to $4 per credit hour.

He enrolled in West Texas State University at Canyon, Texas, and graduated with a bachelor’s degree in 1984.

He began his career in Amarillo, staying there two years.

From Amarillo, nursing took him to Austin and for nearly a dozen years, he worked as an RN caring for patients.

His career progression went from staff nurse to charge nurse and finally to director of critical care and neuroscience services.

“I’ve been in management ever since,” he said.

In time he would earn a master’s degree in business administration from Colorado State University.

Meanwhile his career path led him increasing responsibilities at  hospitals in Los Angeles, Colorado, Fresno, Honolulu and, finally, Oklahoma City where he was director of the Neuroscience Service Line at OU Health University of Oklahoma Medical Center.

His wife, Rose, is project coordinator at the OU Health Stephenson Cancer Center. They’ve been together a little over two years.

He thought he would stay at OU for the remainder of his career.

But something prompted him to change his mind when he was approached about the CEO opening at PMH.

“This job here, I believe God  puts us in places where we’re meant to be,” he said. “This is back to my roots. It’s a true blessing. I think with my work experience, I’m a great fit for this position to help lead this team.”

Once he accepted the PMH job, they moved from downtown Oklahoma City’s easy commute for both of them to a compromise commute from a home in Norman.

In his role as CEO, Chris can impact the hospital’s entire health care team and improve its procedures.

“The job does require 24/7 attention,” he explained. “We are able to manage this facility, able to focus on quality and outcome and sustain that progress going into the future.

“We strive to give the best care possible to the citizens of this community and surrounding area.”

It is all, he added, about the teamwork and culture of the health care family.

Not unlike other industries, finding employees can be a challenge.

“A lot of individuals have stepped away from health care altogether,” he said, adding that filling vacancies can create “a huge burden on the hospital.”

Even in that, PMH has an edge.

“We are blessed here,” Chris said. “The smaller nurse-patient ratio attracts individuals who want more work-life balance. We definitely have that here. We are blessed in the progress we’ve made in the last seven months I’ve been here.”

Chris said the design of the new hospital is pretty solid and noted the footprint is quite a bit smaller.

The existing hospital has been around more than 50 years. Chris sees a much longer lifespan for the new facility.

Chris’ two adult children from a previous marriage remain in Texas. Joshua, 31, is an attorney and Megan, 29, works in behavioral health.

And so the small town boy from Shattuck finds himself in another small town. Only the hospitals – and the job responsibilities – have changed.