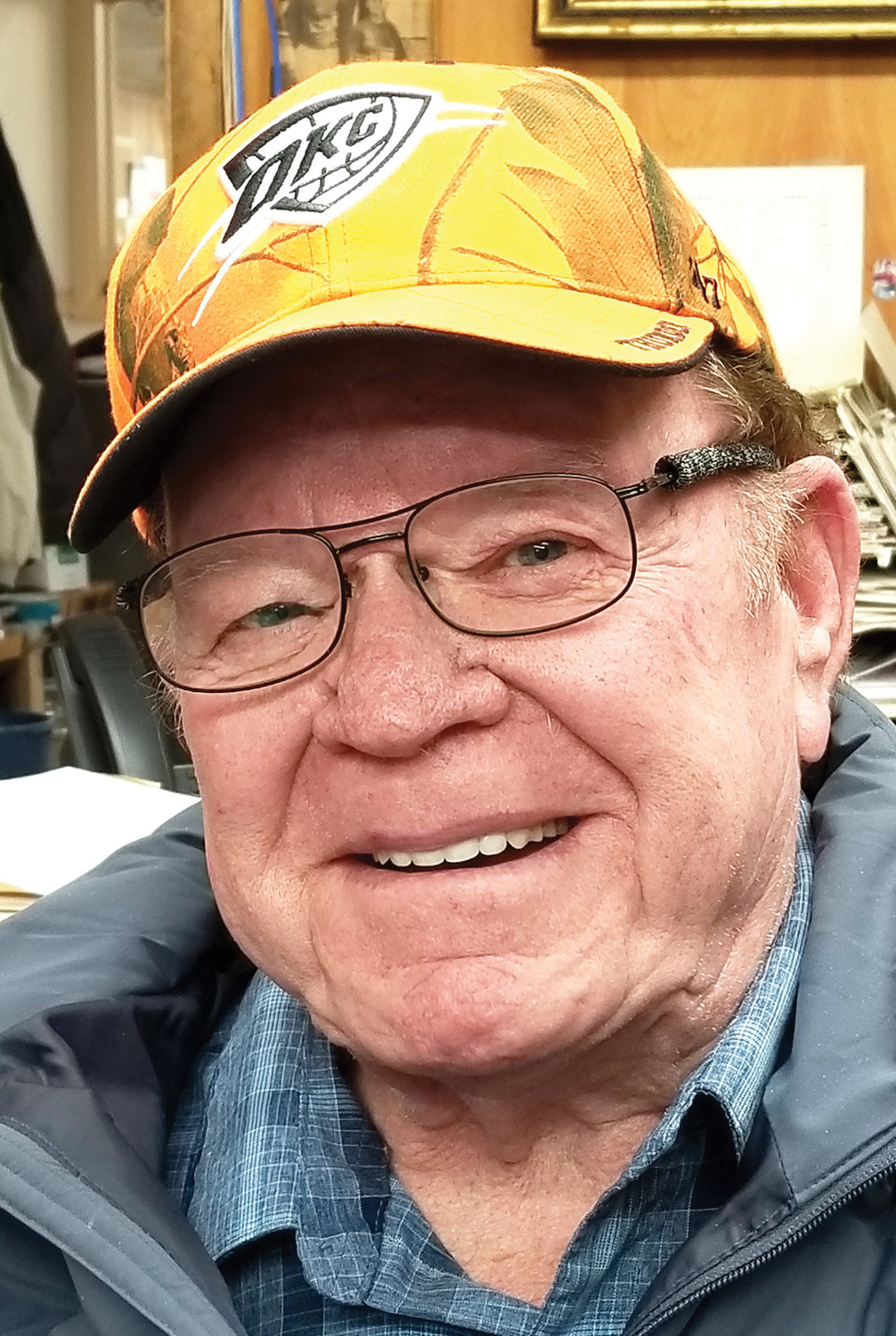 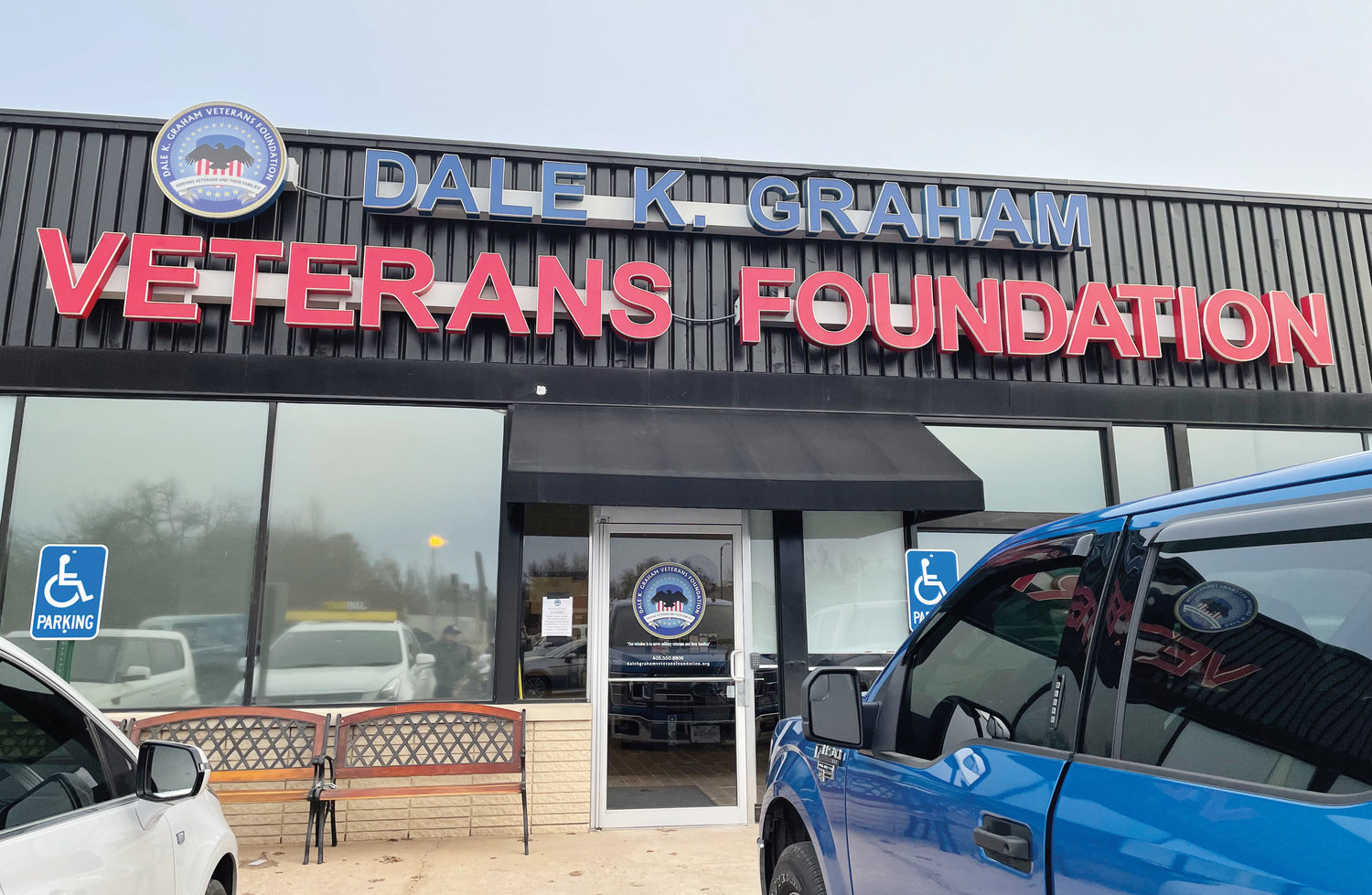 Some 15 months ago, Clayton Lee sat down with The Purcell Register and talked about his service in Vietnam and lingering health problems linked to his exposure to Agent Orange.

He explained how, after enduring bouts of skin disease and cancer, the Dale Graham Veterans Foundation helped him obtain a 100 percent disability from the Veterans Administration.

He was so grateful that when he closed his auto repair business in Dibble in 2005, he put himself at the DGVF’s disposal.

On call 24/7, Clayton is one of two transport drivers who volunteer to shuttle fellow veterans to doctor appointments, medical tests and the like.

Together, they have put more than 300,000 miles on the foundation’s Ford van.

There are veterans from multiple conflicts and wars, starting with World War II and Korea and continuing with Vietnam, Desert Storm and the Global War on Terror.

He’s done it going on 17 years and shows no signs of slowing down although after turning 78 in October 2021 he conceded that quitting after three more years was possible.

Then again, he may just continue what he’s doing “as long as I’m in pretty good health.”

Over the years, Clayton estimates he might have transported 200,000 or more veterans to assorted locations and appointments.

Those journeys have taken him all over the state. Literally. He has racked up 100,000 miles a year behind the wheel and said 99 percent of his volunteer time has been spent on the road.

Not all of his transport referrals have come from the foundation.

There have been calls, too, from the McClain County Sheriff’s Department when prisoners who happen to be veterans exhibit mental problems.

“I take them to the VA in Oklahoma City for treatment,” Clayton said.

Some runs he transports three or four veterans at a time. The only times he’s turned down requests for transport is when winter weather makes Oklahoma’s roads unsafe to travel.

The demands on Clayton’s time can be directly traced to the foundation’s reputation as the best in the world at helping veterans and surviving spouses receive their benefits.

It’s that reputation that draws veterans from far-flung states to the foundation.

Clayton has transported veterans from Florida, the Dakotas, California, Texas, Tennessee and beyond.

His transport driver gig has also given him a romantic interest.

He now has a girlfriend. They met when he transported her brother, a Vietnam veteran, from Ada to the VA in Oklahoma City.

He is excited about the new offices for the foundation at 1233 W. Lindsay in Norman.

There the foundation has 6,000 square feet that includes computer rooms.

Filing online forms means veterans can get their disability faster.

“Dale Graham is recognized as the best in America on getting disability,” Clayton said. “Before Dale Graham, a veteran didn’t have a chance to get nothing.”

Clayton is also active closer to home, serving on the board of directors for the Dibble Senior Citizens.

He regularly checks the temperature on coolers and the freezer, as well as delivers meals to shut-ins.

The center serves meals Monday, Wednesday and Friday. And on Fridays, boxes of groceries are given away from the center’s pantry.

Some seniors aren’t able to drive, so Clayton makes it a point to deliver the groceries to them.

He also helps organize monthly bus trips for the seniors.

He stays busy, that’s for certain.

It is just his nature.

“I enjoy driving and I like helping people,” he said. “I don’t get a dime for this.”