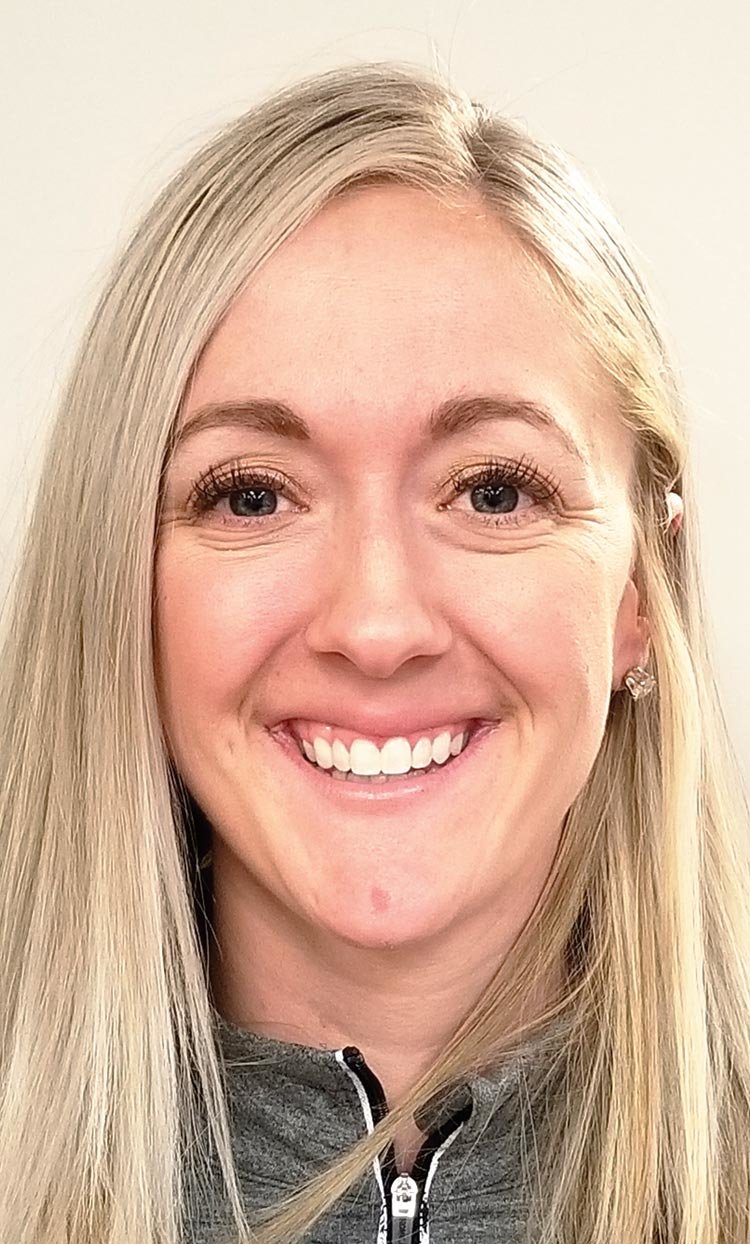 When Taylor Marcum was a Dragon at Purcell High School, she played on the school’s first fast-pitch softball team to win a state championship.

She won an athletic scholarship to Baylor University but after 1-1/2 years she wanted to be closer to home.

So she transferred to Oklahoma State, which also gave her an athletic scholarship to play softball.

She was a pitcher and also played first base.

In 2012, she graduated from OSU with a bachelor’s degree in athletic training.

But that was little more than a stepping stone to her career goal.

She next attended Langston University and received her doctorate in physical therapy in 2015.

“I knew pretty early what I wanted to do,” she said last week in her office at Valir Physical Therapy here. “I had knee surgery in 2003 and went to physical therapy at Valir in Norman.

“I was intrigued by it and thought this is something I could do.”

Though she hasn’t played sports since leaving OSU, she hasn’t turned her back on the game entirely.

“I do some lessons for girls on pitching,” she said.

And with her degree in athletic training, she’s often on the sidelines at Purcell’s football and basketball games, ready to assist the school’s athletic trainer with any player injuries on field or court.

She’s usually up at 4:30 a.m. to work out at a facility near her home in Norman.

After working out, she goes home to shower and arrives at the clinic by 7:30 a.m.

The hours at Valir are busy and she’s on her feet most, if not all, of the day.

It makes for a long day.

Taylor is related to the Marcums who have the nursery at Goldsby. Her grandfather and the nursery founder were cousins.

She grew up in Oklahoma City until her freshman year of high school when her family moved to Purcell.

Her father still lives here and eventually Taylor would like to settle here.

“I’ve looked at property in Purcell but I’m a very indecisive person on things like that,” she said. “I’d like to live on some land. I love the peace it brings to my busy days.”

“I read a lot and enjoy spending time with my family,” she said.

Her reading preferences include thrillers and the occasional biography.

“I just love all books,” she said. “They call me a book hoarder. I have about 48 unread books at my house but keep buying more.”

Valir is Oklahoma-based and has 19 locations in the state. The Purcell clinic sees patients from a wide area – Wanette, Maysville, Lexington, Purcell, Washington, Wayne, Goldsby and Pauls Valley.

“Every person who comes in here shows some improvement,” she said. “The best is if they get back to 100 percent. But for some, 100 percent isn’t realistic.”

In fact sometimes the greatest improvement is found in the smallest action.

One of Taylor’s most memorable cases was a little boy whose movement was “pretty restricted.”

“We got him to sit up on his own which was very big for him,” she said.

The majority of Valir patients are referred by their physicians.

But there are a few patients who are self-referrals and some insurance companies will cover 30 days of treatment.

“That’s fairly new in Oklahoma,” Taylor said, “and has only been allowed the last five or six years.”

Patients range from infant to senior citizens in their 90s.

In addition to Taylor, the clinic employs a patient services representative and physical therapy assistant.

“Valir is in the process of expanding this facility,” Taylor said.

She added her work is “probably 85 percent hands-on and 15 percent administrative.”

“If you stay caught up, the paperwork is fine,” she said.

“When I was younger my end goal was to own my own business,” she continued. “But I’m really happy here where I’m at and I don’t think I would want to change that.”