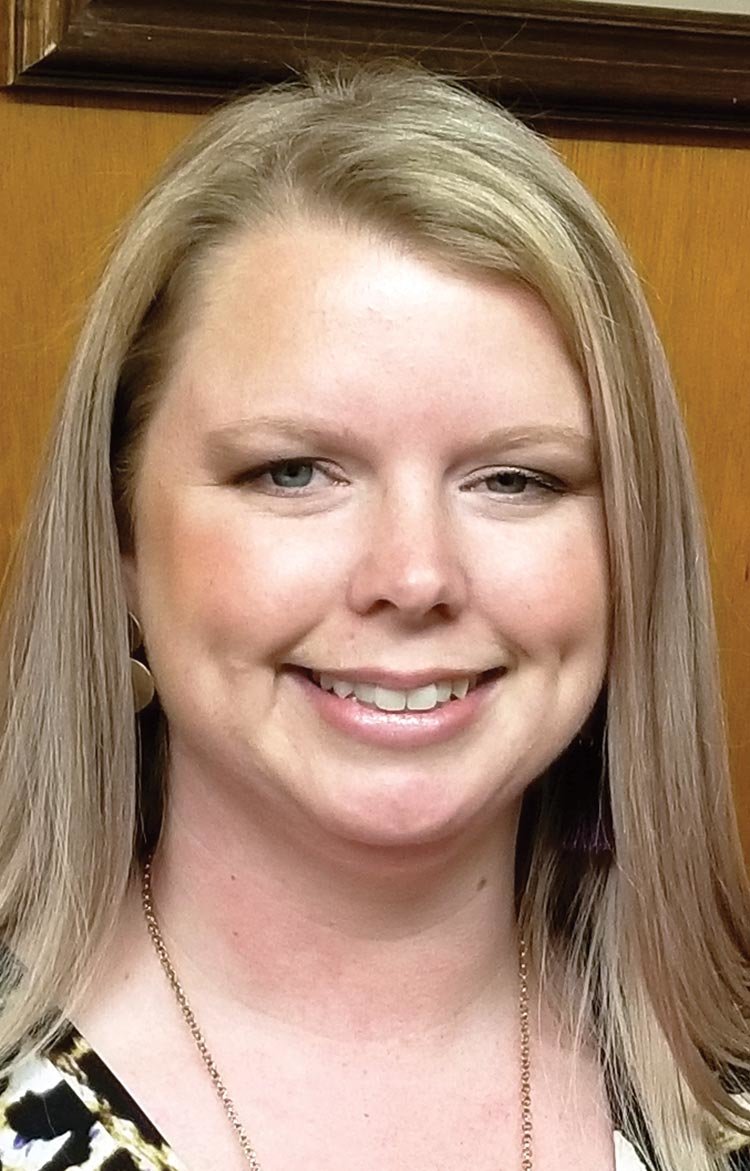 If Kristen Harper has a mission in life outside the workplace, it just might be leading the fight against “nature deficit disorder.”

Her primary target are kids from infant through age 8. But if any adult chaperones can shed dirt phobias long enough to enjoy all things in nature, so much the better.

Kristen is the founder and force behind Wee Explorers, a bi-weekly program in the great outdoors to let kids, well, be kids.

Kristen grew up at Konawa and after high school attended East Central University where she earned a degree in business administration/finance.

She works at Republic Bank &Trust in Norman where she is an assistant vice president in compliance.

She married Joe Don Harper in June 2003 and they settled between Wayne and Purcell.

“We both grew up in the country. We grew up playing outside,” she said.

And when their daughter, Bella, was born, that’s the kind of childhood they wanted for her too.

When Bella, now 3, was born, Kristen began researching outdoor play activities she and Bella could participate in.

She learned about the Tinkergarten program which was just starting to hit Oklahoma City.

That was too far, so Kristen checked out requirements to become a certified Tinkergarten Leader.

“I discovered the cost and training requirements were more than I could commit to,” she said.

And so she executed Plan B.

“Something I’ve learned, especially being a parent, is that if something you want is not being offered or is not to your standards, sometimes you have to take the lead and make it happen,” she said.

And that is how Wee Explorers came about.

Kristen approached John Blue with Purcell’s Parks and Recreation Department to see if the new group’s activities could be at Purcell Lake.

She also determined that Wee Explorers activities would be free to all.

“It was fun so I just kept doing it,” she said.

In the heat of July, Bella and Kristen were the only ones who showed up for the Wee Explorers activity.

That was OK, too, and the classes since then have continued right on schedule.

Weather permitting, the next class will be today (Thursday). The planned activity will be Paint the Winter Sky.

Kristen has already spoken to Blue about spring plans. A community garden plot will be designated for Wee Explorers.

When it’s time, the kids will plant zinnias, which don’t require as much water, and some veggies.

All the class materials are provided by Kristen. Each class requires 2 to 4 hours of research, plus about an hour to set up and pack up.

Some of the ideas are gleaned from her own childhood and the activities her mother came up with.

Other classes are suggestions from friends who are teachers.

Though Kristen insists she’s not a teacher, Wee Explorers belies that claim.

“You can tell they’ve never touched dirt,” she said of some Wee Explorers.

Bella is a tomboy with a real affinity for sparkles and bling. Kristen has a photo of her daughter wearing a “princess dress” while helping Joe Don burn brush.

“I just want kids to get outside and enjoy nature,” she said. “It’s OK to get dirty and not have so many rules.”