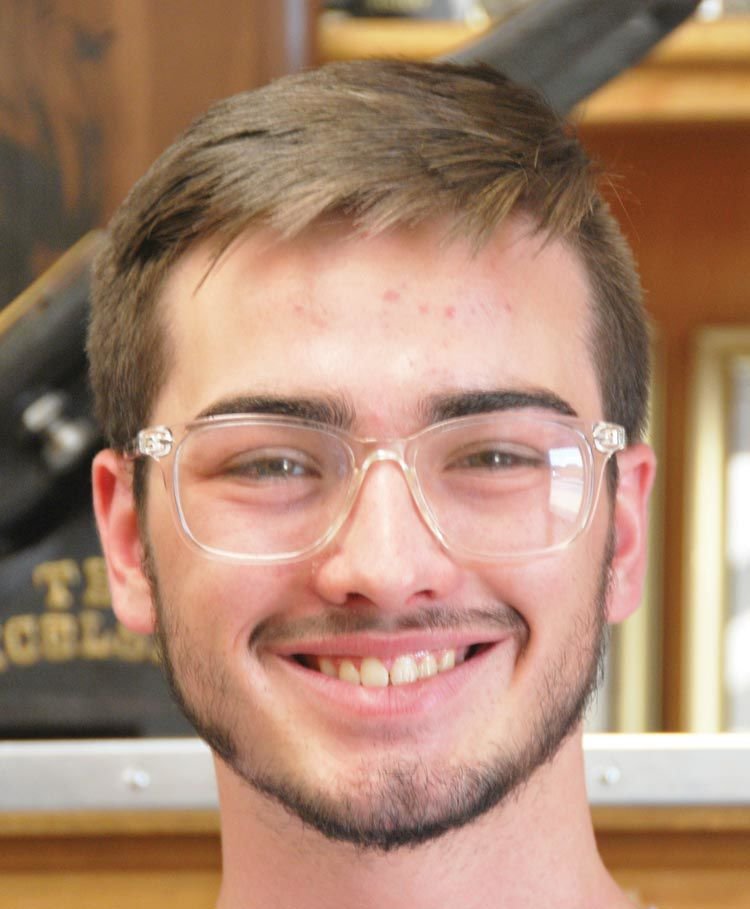 It’s no accident that a song is never far from Corbin Hall’s lips or music from his soul.

Neither is it an accident that he sees his future bringing voices together in choral harmony.

His musical achievements include four years participation in the Summer Arts Institute at Quartz Mountain.

He even found something to sing about in this, his final year, when the COVID-19 pandemic forced the revered institute to resort to distance learning in place of in-person immersion in the arts.

There were also voice lessons in a master class setting. Participants like Corbin were coached on how to remain healthy when singing.

The weeklong curriculum reached into the evenings with guest artists sharing their experiences in making music a successful career and professional struggles along the way.

Corbin is definitely counting on a career in vocal music, just not in show business.

He just graduated from Purcell High School and in the fall will attend the University of Oklahoma where he will major in vocal music education.

There’s a need in smaller Oklahoma schools for someone to teach choral music.

Corbin first sang in a choir setting in seventh grade. But he wasn’t able to fully participate in choir until his senior year when the district finally hired a vocal music teacher/choir director.

Before Frances Maynor joined the faculty, band director David Hilger pulled double duty in the vocal music side of the house.

Indeed, it was Hilger who Corbin credits with keeping his interest alive and helping him qualify for Quartz Mountain the first three years.

“I was able to do everything I needed to do,” Corbin said, listing his competitions at region and state levels, as well as his auditions for Quartz Mountain.

To show the world that not even a pandemic could get in the way of honing their craft, Corbin and others performed “One Voice” as a virtual choir.

The song “speaks to the power of individual voices joining together,” said Julie Cohen, the institute’s president and CEO. “It seemed like the perfect metaphor for our isolation and the need to pull together during this difficult time.”

The performance can be viewed on the Oklahoma Arts Institute’s YouTube channel.

It proves Corbin’s main sentiment where music is concerned.

“I think music in general is so important. It conveys so many emotions,” he said.

He is admittedly fascinated by the constant why’s music raises in his mind.

Why did the lyricist use a specific word or phrase. Why did the composer choose that note?

“The details make music so much more special – especially when you make it with other people,” he said. “Quartz Mountain made me realize I want to sing and be involved in choir.”

Corbin has an older sister, Rebekah, who is finishing her degree in psychology with a minor in American sign language at Oklahoma State University. They were in choir together.

His mother, Joanna, works in the Office of Research at OU. But she also has a music background and back in the day competed in choir.