Allen takes over the reins as Lexington City Manager 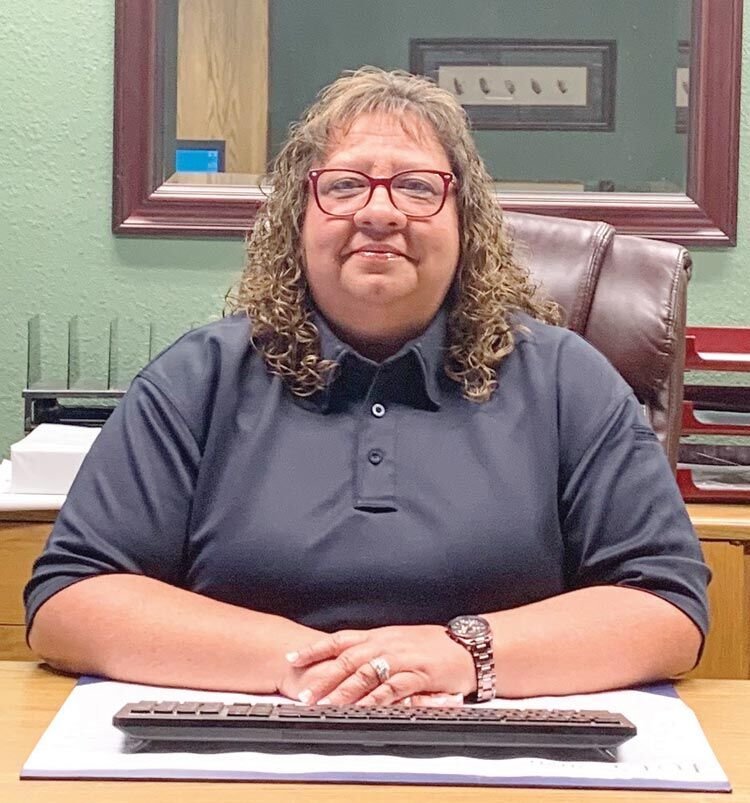 Allen had been serving as interim city manager but the council pulled the interim title off and gave her the job.

Allen, a 1992 graduate of Purcell High School, got into law enforcement in a unique way.

In the spring of 1990 she was instructed to participate in a career day in Sue Hurt’s class at PHS.

“I had no idea what I wanted to do but I did have an interest in law enforcement,” Allen said. “I decided to shadow the police for a day.”

Darrell Moring was the police chief. Kathy Fleck, who would later become an OHP Trooper, and David Tompkins, now with the McClain County Sheriff’s Department, were patrol officers that day.

“I watched Kathy work an accident in what used to be Spencer’s parking lot and she answered questions about being a female in law enforcement,” Allen recalled.

“David taught me about operating the radar while observing traffic in the school zones and shared the pros and cons of being in law enforcement.”

Tonya Blair-Wheeler, who was the dispatcher at the time, taught me about the duties and responsibilities of a dispatcher what an important and vital role they play, not only for the caller, but also for the officer on the street,” she said.

That was the day she decided to go into law enforcement.

She was eventually hired as a dispatcher at Lexington, rising to the role of police chief.

After a stint as a reserve deputy with the McClain County Sheriff’s Department, Allen was offered a job as an officer with Lexington.

She worked her way up through the ranks of sergeant, lieutenant, captain and in November of 2005 became the chief.

Allen began filling in as interim city manager after Chris Coker left at the end of November.

“At first I was just going to fill in until they could hire a new manager,” Allen said. “But eventually I found myself not only feeling accomplished by what we were getting done but I really enjoyed the position,” she continued.

The council chose four applicants to interview but then COVID-19 reared its ugly head. By June two of the four had decided not to apply. During a special meeting June 23 the council voted to name her city manager.

“I share my story with young girls in the community. I tell them never let anyone tell you you can’t do something,” she continued. “Don’t give up and keep working towards your goals.”

According to the Oklahoma Police Chiefs Association the life span of a small town chief is 5-7 years.

“When people ask me how I’ve managed to be the chief for 15 years I can say, I’m fair. I care about our community and I’ve worked hard to establish and maintain a good relationship with the citizens of Lexington.

“This city and its citizens truly mean something to me and I will continue to work hard for them. I’ll just be doing it from a different office,” she concluded.

Allen lives in Lexington with her husband, Billy, and daughter, Maddison.