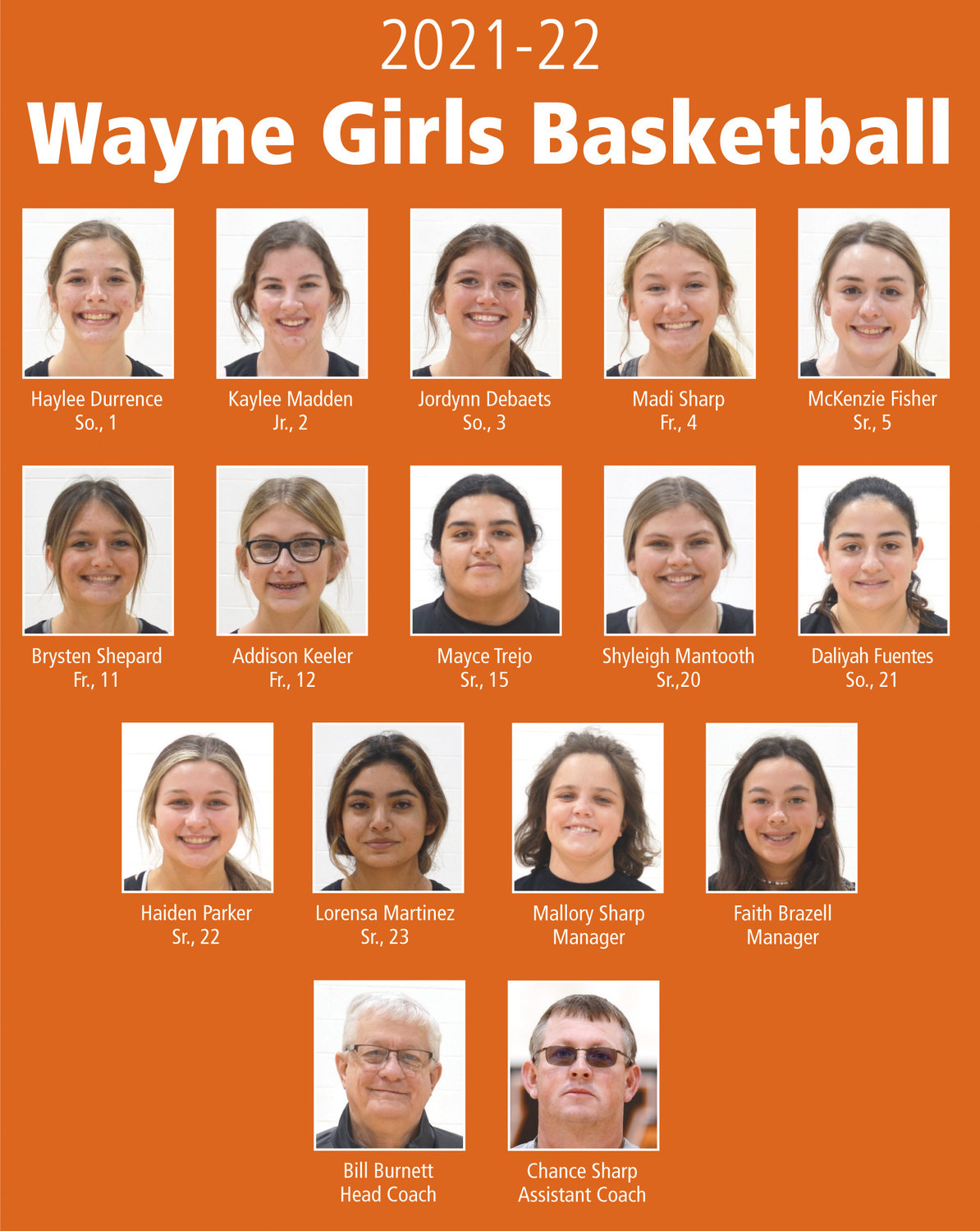 Bill Burnett, a familiar face from Wayne’s past, is back at the helm of Lady Bulldogs basketball.

He previously spent seven years with the Bulldogs before retiring after the 2011-12 season.

Burnett then worked for DHS for three years before going back to coaching. He was at Wellston for a couple of years then in Harrah, where he was an assistant for their 2018 State Runner-Up season.

“I’m having a blast being back in Wayne. I look forward to being down there every day and enjoy being around every one in Wayne,” Burnett said.

The coach talked about how well practice has been going since installing new systems on offense and defense.

“The girls are learning an all new system which is always difficult. They are adapting well and I’m pleased with their progress.”

Several girls will be back on the court for the Bulldogs that saw significant playing time last year. Senior Lorensa Martinez and junior Kaylee Madden have been heavy contributors for Wayne over the last few seasons.

Also back are seniors Mayce Trejo, Shyleigh Mantooth and Haiden Parker. Sophomores Haylee Durrence and Daliyah Fuentes, back for Wayne, were helpers during their freshman season also.

With several returing players and a new coach, the Lady Bulldogs will need to figure out their team personality.

“It will be a process to figure out who we are, but I like the progress I’m seeing so far,” Burnett said.

The Lady Bulldogs have already been on the court for scrimmages with 2A Healdton and 3A Lexington.

“We made some good progress from the first srimmage to the second. We showed more maturity and moved the ball well.

The defense stepped up and I like how we’re improving on the defensive end,” Burnett said.

On tap for this week were scrimmages with Newcastle and Noble.

“We’re not a team that backs down. These scrimmages will show us where we’re at and help us to work together; be on the same page at the same time,” Burnett said.

Wayne will host Elmore City-Pernell to start their season on Tuesday, November 30, then will host Dibble on Thursday, December 2.

Last year the Lady Bulldogs finished their season with a 13-12 record last year, falling to Quinton in Regionals.