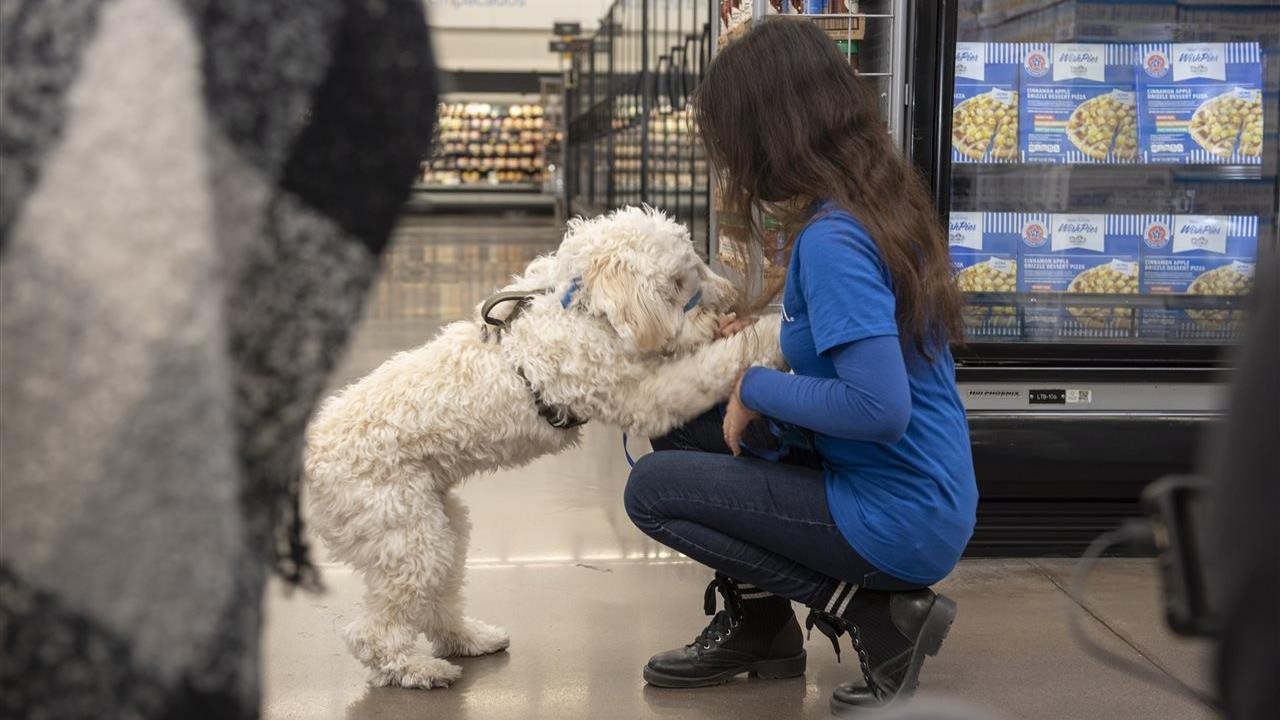 (BPT) - When Bella received a kidney diagnosis, her childhood was turned upside down. Her whole family rallied to help her, but as someone who always puts others first, she wanted to turn her personal experience into something that would bring hope to others.

Bella was connected with Make-A-Wish®, the nonprofit that creates life-changing wishes for children with critical illnesses. For kids like Bella, a wish creates a turning point in their treatment and recovery and empowers them to reclaim their childhood. After some consideration of what to wish for, Bella ultimately decided that she wanted a goldendoodle after seeing that her favorite local news anchor, Shelly Ribando, had one. Shelly herself helped Make-A-Wish surprise Bella with a goldendoodle named Captain Rodney Hook and she brought along her own dog Annie.

Now a wish alum, Bella helps bring important attention to Make-A-Wish by attending wish events along with her dog. She knows how much this wish helped her and wants other kids with critical illness to feel the joy of having a wish granted. In fact, she recently attended an event launching a program that allows anyone to make a difference for kids with critical illnesses simply by shopping for some delicious food.

Shop to give back

On Nov. 1, 2022, Bella excitedly attended the event that launched a partnership between Make-A-Wish and WisePies Pizza. The certified minority-owned and female-led company has created the WishPie, a cinnamon apple drizzle dessert pizza made from a stone-fired, cinnamon-infused traditional crust, topped with cinnamon-sugar sauce and diced gala apples. A vanilla icing packet is also included.

The WishPie will be sold exclusively at Walmart stores nationwide for a limited time during the holiday season. One dollar from each dessert pizza sold now through Dec. 24, 2022, will go to Make-A-Wish to grant wishes that help children build the physical and emotional strength needed to fight a critical illness. You can also support by showing off your creativity through the #WishPieChallenge. For more information visit WisePiesPizza.com and Wish.org.

“WisePies Pizza is humbled and honored to offer a limited-edition dessert pizza supporting the Make-A-Wish efforts to grant more wishes to children experiencing critical illness. The goal of this partnership is to generate community involvement through the consumer purchase of a WishPie that allows more wishes to be granted directly to these children with critical illnesses, leading to more positive outcomes,” said Season Chavez, president of WiseChoice Foods.

This effort has special meaning for Chavez, whose family was impacted by Make-A-Wish growing up.

“My brother was granted a wish when he was 12 years old while fighting a rare form of cancer. I know firsthand the positive emotional and physical impact a wish can have on a child and their entire support system including family, friends and their medical team," she said.