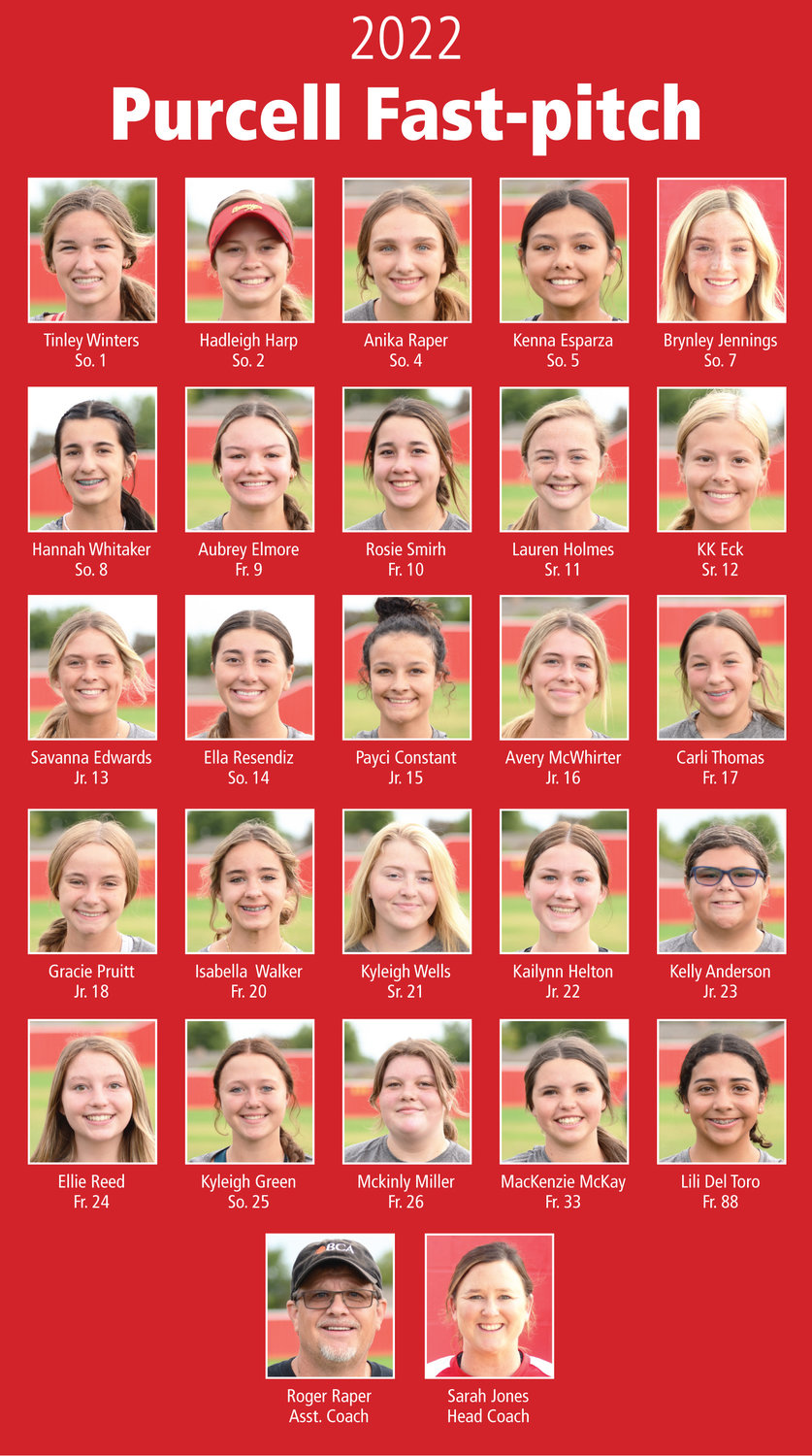 Entering into her 9th season as head coach of the Purcell Dragon Fast-pitch team, head coach Sarah Jones has the ingredients for a highly successful season.

Couple that with every starter back but one off last year’s club that was one game away from the State Tournament and talent is abundant.

The only starter out of the lineup from last year is outfielder Brynley Jennings who is out for the season with an arm injury.

Holmes will carry the bulk of the load behind the dish. Ella Resendiz will also pitch and when she’s not she will log time behind the plate and can play most any position in the infield.

“Ella is just a great utility player,” Jones said. Hannah Whitaker is also a utility player. We have a ton of girls that can play multiple positions.

“We have a lot of girls fighting for a spot which is a good thing to have,” the veteran coach continued.

Also returning as starters from a year ago are outfielder Hadleigh Harp, second sacker Kenna Esparza, Savannah Edwards at first base and Payci Constant in the outfield.

“We hope to give Mackenzie McKay, Carli Thomas and Tinley Winters some innings at catcher,” Jones said.

There are several parts of the 2022 Dragons that are very positive heading into the season.

“We have a lot of power and versatility and lots of speed,” Jones reports.

But it may be the knowledge of the game that really tips the scales.

“The knowledge of the game with these girls reminds me of the 2017 and 2019 teams that won titles,” Jones said. “The are very smart on the bases as well.”

“We have a lot of experience but I see a lot of younger players getting opportunities,” Jones said.

“I’m excited to see coach Raper on staff. He is a mentor and in charge of the outfield and has been working them hard. We have a lot of the same coaching philosophies.

The varsity-alumni will be Friday August 6 at 6 p.m. The Dragons open the regular season at home August 8 against AmPo at 5 p.m.

Coaching the junior high Dragons this fall are Bryan Young and Sam Sikes.