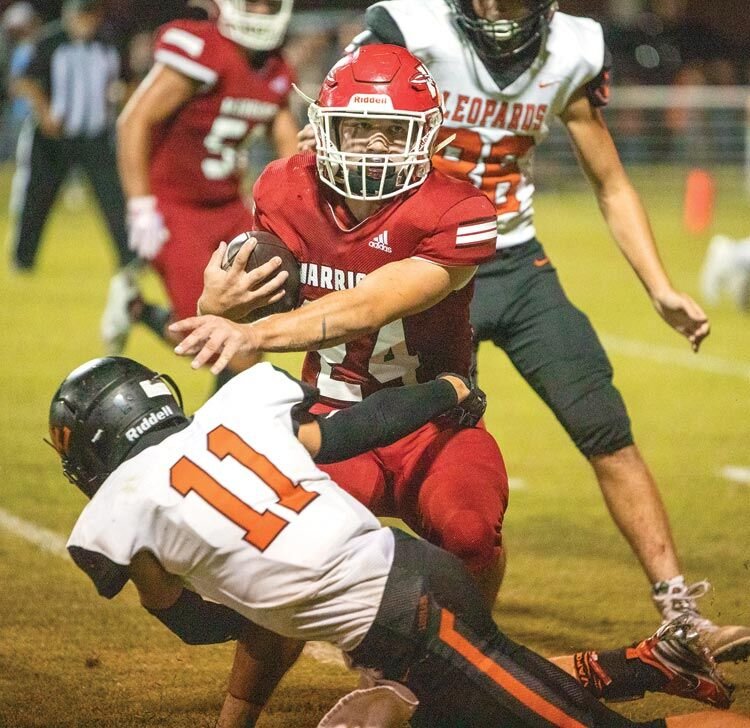 Chase Allison sheds a Lindsay defender Friday during Washington’s 28-0 win over the Leopards. Allison rushed for 150 yards on 17 carries and scored two touchdowns in the win. 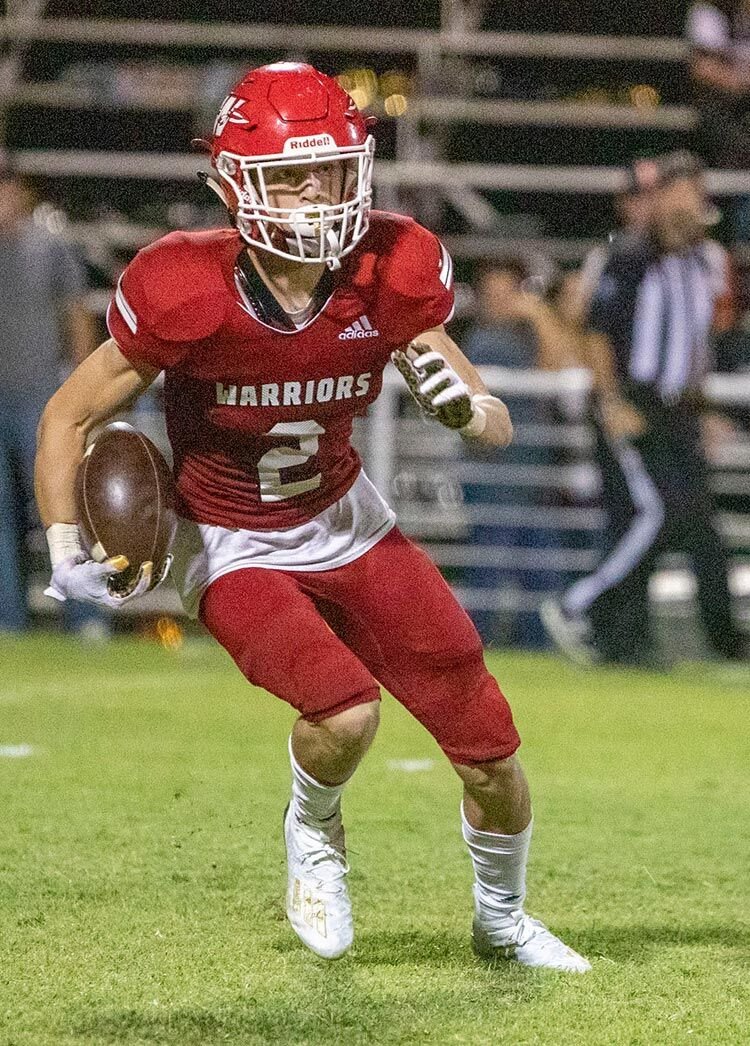 Washington squandered a pair of promising drives in the first quarter but settled down to post a 28-0 shutout victory over the visiting Lindsay Leopards in the 2020 home opener last Friday night.

After penalties and turnovers thwarted first quarter drives, Washington put the ball in the hands of senior Chase Allison and he took over.

Allison rushed the pigskin 17 times for 150 yards and scored on runs of three and four yards.

On the defensive side of the ball, Allison was ubiquitous leading the team with a dozen tackles.

After Allison got the scoring started in the second quarter, sophomore quarterback Jaxon Hendrix found Kobe Scott open for an 18 yard touchdown pass and catch giving the Warriors a 14-zip halftime lead.

Allison punched it in from three yards out in the third period and Jadon Sanchez closed out the point parade in the fourth quarter on a 26 yard scoring jaunt.

Head coach Brad Beller said the score should have been 14-0 in the first period.

“We started out moving the ball extremely well but penalties and turnovers got us,” Beller said.

“We just decided to turn around and hand the ball off to Chase and he took the game completely over dominating on both sides of the ball,” the coach said.

Beller said Allison played well in the first two games but didn’t have a break out game (like he did against Lindsay).

“Our offensive line did a great job of blocking,” Beller said.

The big eaters up front paved the way for eight different Warriors to rush the football.

Hendrix and Emitt Wilk both played quarterback. They combined for a 10-20 night for 132 yards and the one touchdown pass to Scott.

“Hendrix and Wilk both had pretty balanced evenings,” the coach said. “Our only downfall was a couple of penalties and we had some dropped passes that hurt us offensively.”

Beller said his defenders did a good job of eliminating Leopard big plays.

“Our unsung hero has been Jaxon Sanchez,” Beller said. “He’s been our most consistent player the first three games. He’s a general out there.”

Allison carried the mail 17 times for 150 yards and two touchdowns.

Defensively, he led the team making 12 tackles in the shutout victory over Lindsay.

Nominated as the Defensive Lineman of the Week was Hayden Milner. He registered two quarterback sacks and was in on six stops against the Leopards.

Beller nominated Rope Scott as the Offensive Lineman of the Week. Scott graded out at 86 percent last Friday night.

The Warriors are idle this Friday night.